How the EU is cracking down on geoblocking | Business | Economy and finance news from a German perspective | DW | 03.12.2018

How the EU is cracking down on geoblocking

As of Monday, traders offering their goods and services to EU customers have to comply with a new law designed to restrict geoblocking practices in e-commerce activities. Here's what you need to know. 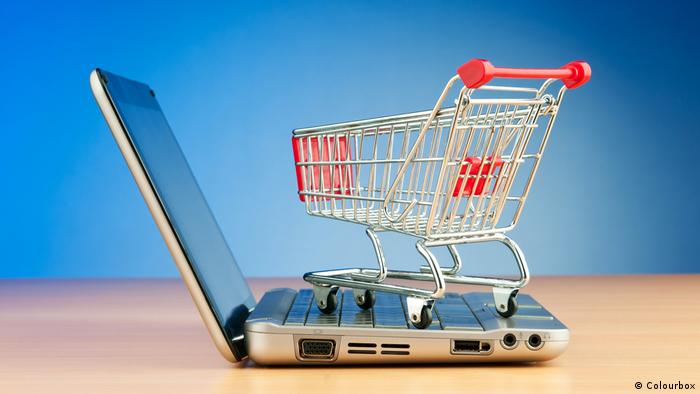 What is geoblocking in online trade?

Geoblocking is the common practice by online traders of denying customers from certain countries access to their websites. Usually, it's fairly easy for sellers to identify your IP address and hence where you are located.

In other cases, websites are accessible, but customers are automatically redirected to related online portals where goods and services are more expensive than for customers in the country where the seller is based.

And geo-discrimination doesn't stop there. There have been plenty of cases where customers are prevented from finalizing a purchase because credit or debit card payments from other EU countries aren't accepted.

What will the new law do?

In theory, these restrictions should be banished from the European Union as of December 3, 2018.

The new anti-geoblocking regulation cracks down on companies discriminating against customers on the basis of which country they are in, dovetailing with the European Commission's e-commerce competition law sector enquiry and its Digital Single Market strategy. The latter has all been about removing obstacles to online retail.

Are there any exceptions?

It's a safe bet that regulations from Brussels always come with a couple of exceptions. And this is no different.

Although the law is pretty broad and doesn't leave many loopholes, it doesn't apply to transport, audio-visual services, healthcare or gambling.

What about no-deal Brexit Britain?

The British government has issued a technical note on how it would deal with geoblocking should it fail to reach a Brexit deal with the EU.

It said UK online shoppers wouldn't be protected against discrimination when buying goods or services from companies within the bloc. However, UK traders selling products to customers in the EU would have to comply fully with the regulation.

Not much of a deal, huh?

What if traders don't comply?

It looks like this will vary from country to country. Brussels has only said that effective penalties should be in place for traders who don't comply.

But enforcement of the anti-geoblocking regulation will be handled at national level. So, at the end of the day, we could see anything from court orders to significant fines on traders who break the rules.

To adapt, a great many companies should, in theory, have changed their practices by Dec.3. There are no recent figures, but according to the EU executive, back in 2015 only 37 percent of EU online sales portals finalized orders from other member countries.

The EU said it would launch an investigation into how the new law had been implemented in 2020.

After logging "numerous" complaints from sellers on Amazon's marketplace, Germany's competition watchdog is now taking aim at the e-commerce giant. It's the latest blow to Amazon, which already faces a similar EU probe. (29.11.2018)

The German cabinet has approved a draft law which would oblige online marketplaces such as eBay and Amazon to collect sales taxes for transactions involving foreign sellers. (01.08.2018)

Online shopping — being good is no longer enough

Giants like Amazon, Otto and Zalando are setting the pace when it comes to online shopping. They are also pushing ahead with aggressive strategies and ever higher standards. How can smaller shops survive in this climate? (20.03.2018)