How Spain′s rise to digital leader has gone under the radar | Business| Economy and finance news from a German perspective | DW | 03.04.2018

How Spain's rise to digital leader has gone under the radar

"Let others invent" was the Spanish slogan for a long time. However, the Spaniards are taking an unlikely lead in the latest digital revolution, becoming a focal point in Blockchain technology and the Internet of Things. 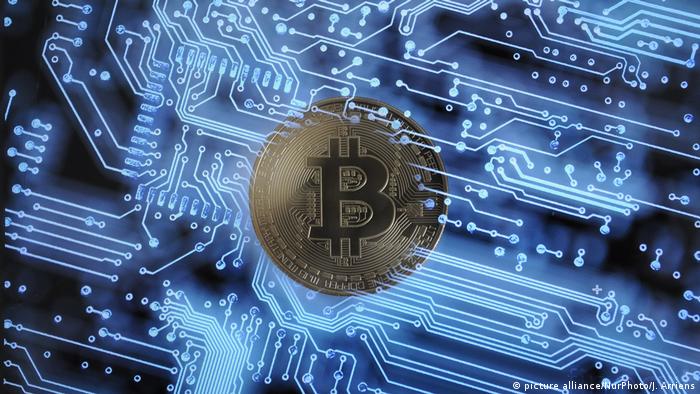 It may have come as a surprise, not least to the Spaniards themselves, but the country is riding the wave of a technology revolution.

For decades, the saying "let others invent" —  based on a famous quote by the Spanish author Miguel de Unamuno ("Que inventen ellos") — was Spain's credo and made the country a tourism world champion during the Franco dictatorship. But it has failed to create an industrial base, while engineers and skilled workers emigrated en masse to northern Europe.

The digital economy is different. "Spain has not missed the train here. On the contrary, the success of our high-speed train network, AVE, is closely linked to our digital success," said Javier Rivas, Blockchain expert and lecturer at the Madrid EAE Business School.

When the country's railway network was expanded about 10 years ago, the Spanish government seized the moment and laid a comprehensive fibre-optic network, which has become the cornerstone of the current success in the digital economy. Christoph Steck, a Blockchain specialist with Spanish mobile operator Telefonica, says loose regulation of the network prompted the country's telecom companies to expand the fibre-optic network to Spanish housholds in a record period of time.

Steck points out though that Spain is still not Estonia, whose parliamentary elections and large parts of its bureaucracy and administration are already being handled digitally. Even in the overall volume of digitalization of the economy, Germany ranks ahead of the Spaniards. But within the eurozone, the country has become part of the discussion regarding broadband, Blockchain and the digitalization of the administration.

Seventy-five percent of the Spanish population already has a high-speed fibre optic connection, while Germany is at a relatively tiny 5 percent. This trend started with the high mobile phone use among Spaniards, which has triggered Spanish banks to become early investors in Fintech and virtual currencies.

Spain boasts almost 11 connections to every 100 inhabitants, in Germany it is close to one. Telefónica is already a worldwide giant in terms of innovation and customer numbers: Ten years ago, they reached 200 million customers. By 2020, the Spaniards want to reach 370 million; figures that dwarf their German counterpart Deutsche Telekom.

Spain has been on the front foot for many years in terms of mobile payments to intelligent ATMs and bitcoin — and this is due in no small part to Telefónica.

While there is still not a single bitcoin ATM in Germany, Spain already has 46, which is assisted by its more open legislation. E-wallets — or mobile purses — have already been standard for around two years at the big banks of Santander, BBVA, La Caixa and Bankia. The virtual cash machines make sense in Spain, and the trend is being fostered by a wide use of credit cards in general. Spain has embraced Bitcoin and already has 46 Bitcoin ATM, while Germany has none

With many countries are still considering whether virtual currencies actually work, the government has decided it wants the country to be at the forefront of the shift.

"This is of course not entirely harmless, because there are are 1,700 internet currencies worldwide flooding the industry. It is reminiscent of the internet bubble at the beginning of the 21st century," warns Rivas. Nevertheless, he believes that the technology on which they are based, Blockchain, is the future: "This is simply because of the enormous security of these endless interconnected data chains, which, because of their encryption, are not only long-term intermediaries between customers and banks but also to simplify the entire money business and thus make it cheaper."

The Spanish economy has already set up two major industrial Blockchain consortia that make the country a front runner in this technology. Each consortium has emerged from the banking world, in cooperation with telecom operators and law firms. Telefónica Deutschland has even recently successfully placed corporate bonds over Blockchain, and the Spanish state will soon also be offering its treasury bills there. "Spain has clearly shown more courage than Germany," says the management consultant and author Ignacio Sánchez-León.

However, it is not clear to him whether the banks will survive the process.

"As a result of low regulation and high security standards, Blockchain allows corporations like Amazon and Google to operate like banks. Those who will survive are mainly the global players in banking," Sánchez-León believes.

Unlike the German savings banks, Santander and BBVA have a good chance of surviving this battle for fintech customers: "They have long been the top sales leaders in the eurozone and also in Latin America in many countries," says Javier Morillas, Business lecturer at the Madrid University of San Pablo CEU. 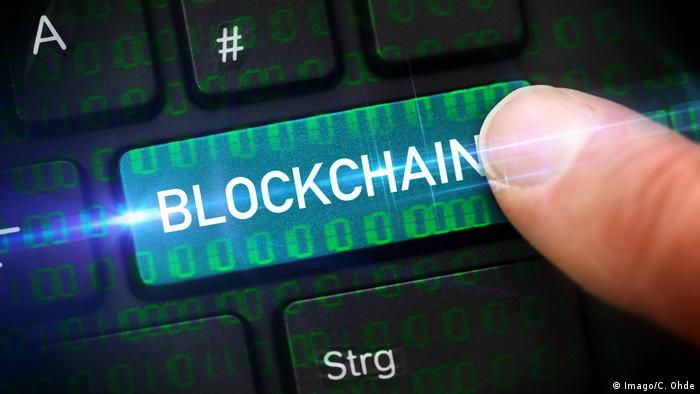 But, apart from the huge benefits for the money business, the new technology of the "data chain" also allows for better tracking of financial transactions around the globe and thus increased protection against money laundering. Each block contains the data from the previous one, and the end is a grand total. Because of this logic, changes in the chain are immediately visible, because any manipulation changes the end result. "The banking business could be cleaner," Rivas hopes.

The Spanish government, under the leadership of the People's Party (PP), hamstrung by various corruption scandals, has made this a priority: "We want Spain to become a leader in matters of Blockchain," said Teodoro García Egea, spokesperson for the PP's Commission on "Energy, Tourism and Digital Agenda."

But for Sánchez-León, there is still a long way to a "clean image" of the Spanish financial world.

"Before we think about the advancement of technologies, we should adapt our laws to this new digital world, which is becoming increasingl integrated into our everyday lives. Our constitution must regulate this new digital life."

In his book El Idioma Digital (The digital language), he warns that we are concentrating only on the economic benefit rather than the potential dangers.

"The impact of the use of artificial intelligence, especially in the form of algorithms, is enormous. We're already determined in many areas of our lives without fully understanding it. That's dangerous."

Blockchain in the energy transition: hope or hype?

The technology that made Bitcoin possible could solve key challenges of a renewables-based energy system. The race is on to radically change how to we consume and generate power. (29.03.2018)

Bitcoin: charting the life and times of a cryptocurrency

What goes up must come down, old wisdom has decreed. Does it apply to the best-known digital token, Bitcoin? As the cryptocurrency's value has seen many ups and downs recently, we chart its dramatic journey to date. (23.02.2018)