How should Germany deal with Islamic anti-Semitism? | Germany | News and in-depth reporting from Berlin and beyond | DW | 24.04.2018

There have been multiple instances of attacks and threats against Jews in Germany. What motivates such violence, and what steps must be taken to prevent it? 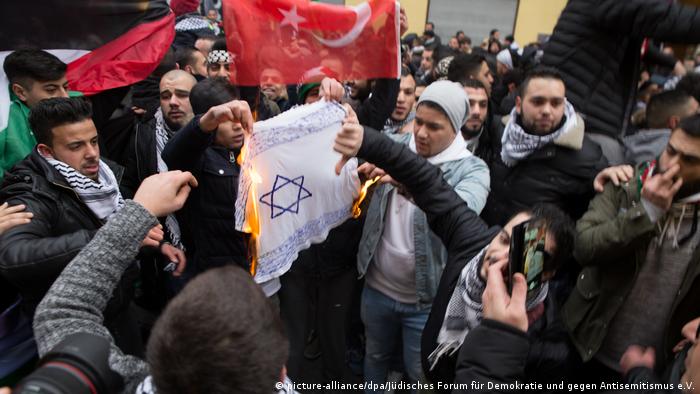 Rapper Felix Blume, known by his stage name Kollegah, sparked controversy earlier this month with a song that contained the line: "My body is more defined than those of Auschwitz inmates." That the line pops up rather abruptly in the song makes it stand out all the more, and has helped to fuel the media firestorm surrounding Blume and his colleague Farid Bang, with whom he recorded the track, titled "Jung Brutal Gutaussehend 3" (Young, Brutal, Good Looking 3).

It is not the first time Blume has made reference to Germany's Nazi era in his music. His earlier music contains lyrics about the "final solution to the rapper question," the SS and the Wehrmacht.

In their introduction to their anthology "Deutscher Gangsta-Rap," sociologist Martin Seeliger and social psychologist Marc Dietrich write that a central characteristic of rap is the "presentation of hardness," the "presentation elements of power fixation," and "versions of hyper-masculinity." Anti-Semitism does not necessarily have a history within the genre, but the sales figures of Kollegah's album indicate that his fan base is still supportive of his work.

A new form of anti-Semitism

The fact that Blume converted to Islam at the age of 15 has fueled the ongoing debate in Germany over Islam and the issue of anti-Semitism. An incident earlier this month in Berlin, in which a young Syrian man was filmed attacking two other young men wearing kippahs with a belt, sparked uproar in the country.

"Other than the classic anti-Semitism from the right and increasingly the left, anti-Semitism among Muslims poses great challenges to us," the head of the Central Council of Jews in Germany, Daniel Botmann, said several days ago during a speech in Berlin. It is important to keep in mind that Israel-oriented anti-Semitism is not a problem that only exists in Muslim communities, he went on. "Nonetheless, Muslim communities must credibly and thoroughly fight anti-Semitism within their own ranks and make it their own matter."

A similar sentiment was expressed back in December by then-Justice Minister (and now Foreign Minister) Heiko Maas. He said the principle that anti-Semitism will not be accepted in Germany must be conveyed "not only to every German student, but also to the people who have come to Germany in the past few months and years as refugees. Many have hardly had any reason to deal with German history. On the contrary, they often come from countries in which the powerful stir up hate for Jews and Israel and anti-Semitism has almost become a cultural matter of fact."

Resolute countermeasures are called for, said Ahmad Mansour, a Muslim social psychologist from Israel, in a German political TV talk show this past weekend — adding that such measures are nowhere in sight. "We don't offer clear values to the youths and other people who approach us," he said. "We don't show them what society expects of them, we don't tell them why this society won't tolerate anti-Semitism." 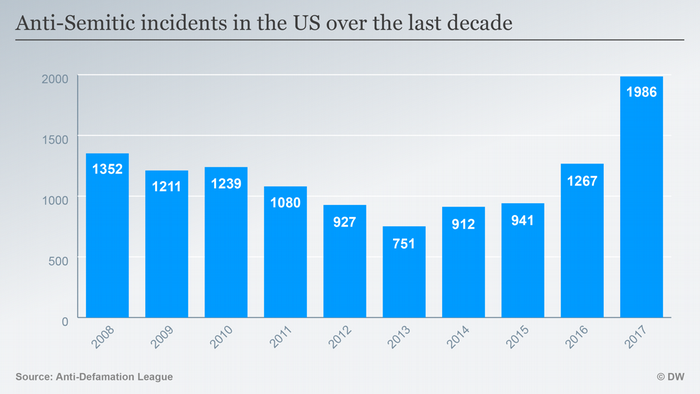 Demands are twice as high on the society that accepts migrants in their midst in times when some of these migrants apparently do not or at least do not sufficiently deal with the standards of the country they have moved to, but perhaps don't even accept them.

The Muslim communities have to take a stand, too, according to Mansour: "We need mosques that do more than stage vigils, or participate in the German Islam Conference's press conference only to say, that's something we condemn. We need mosques that will say during Friday prayer that in this country, people must not question Israel's right to exist."