How politicians play with fashion

Do clothes really make the (wo)man? German voters head to the polls on September 24, and their top politicians' appearances – especially the women – could influence the vote. 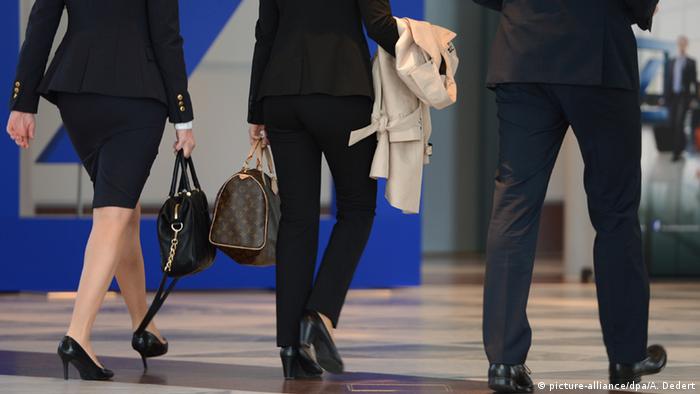 You can't judge a book by its cover – or so the old saying goes. But what about a politician? Can you know just by looking at a person whether he or she will be fit to run your country?

While appearances may be deceptive, and say nothing about a person's qualifications, subconscious bias certainly plays a role in election campaigns.

The power of appearance is something that US politicians have known and used to their advantage since the advent of television at the latest. John F. Kennedy is said to have won the election in 1960 in part because of his cool-headed performance during one of the first televised debates, in which Richard Nixon was sweating profusely.

While Kennedy appeared tan and confident, Nixon was pale and weak due to a recent hospitalization.

Read more: How Kennedy paved the way for presidential campaigns like Trump's 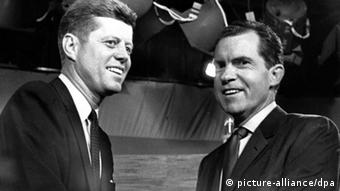 How US politicians dressed for success

After JFK's boyish charms and attractive looks helped him enter the White House, politicians in the US began to pay more attention not only to their appearance, but also to their own body language and dress.

Beards were banished. Ties were either red or blue. Suits were a must. In 1975, the theory that "clothes make the (wo)man" was set into stone with John T. Molloy's advice book, "Dress for Success," which kicked off the power dressing trend.

Dress for the job you want, not the one you have, became something of a motto in the 1980s, when big-shouldered power suits were part and parcel of the successful person's working wardrobe. This was especially true for women, who were encouraged to masculinize their look in order to get ahead.

For Robb Young, author of the 2011 book, "Power Dressing: First Ladies, Women Politicians, and Fashion," a lot of thought goes into these clothing choices.

"Power dressing becomes even more intriguing when it is examined from three often conflicting angles: intention, perception and instigation. In other words, it is a matter of what political figures intend to convey with their external image; how their colleagues and the public perceive it; and what it triggers in terms of coming to power, retaining it and governing along the way," wrote Young. 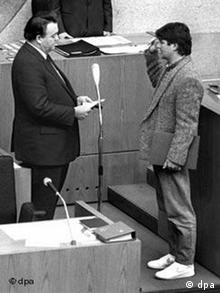 When German politicians started dressing down

Perhaps one of the most transparent examples of that three-way intersection can be found in the case of Joschka Fischer, one of the founding members of Germany's Greens party.

In 1982, Fischer nearly caused a scandal when he was sworn in as the state of Hesse's environment minister while wearing blue jeans and tennis shoes. The look represented the anti-establishment, pro-environment feeling of the fledgling pacifist Greens and stood in stark contrast to the buttoned-up, black-blazer-white-Oxford combo that Germans were used to seeing on their politicians.

That Fischer went on to hold some of the Germany's highest offices as vice chancellor and foreign minister suggests the German people were not all that opposed to his more casual style (even if he did later trade in the jeans for the more traditional suit).

Read more: How sneakers turned into a crucial fashion statement

That opened the door for Chancellor Helmut Kohl to grab attention in 1990 for donning a navy blue V-neck cardigan while on a trip to Moscow – an item of clothing deemed so meaningful that it now hangs in Bonn's Haus der Geschichte German history museum. 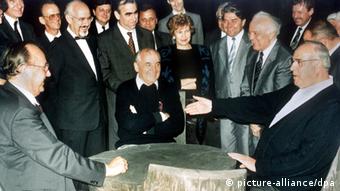 For Kohl and Gorbachev, sweaters were a sign of peace

Soviet leader Mikhail Gorbachev, who also wore a comfy sweater rather than a suit, had invited Kohl to his dacha to discuss German reunification. The casual setting and dress symbolized peace.

Fischer and Kohl's examples marked a break from the buttoned-up style of politicking normally conducted in Germany, where the first televised debates by chancellor candidates did not occur until 2002.

Like their American counterparts, German politicians tended to stick to neutral colors for decades - blue or black fitted suits, nothing too glittery or luxurious. A man may have loosened his tie or ditched the blazer for an appearance or two, but otherwise, the look was uniform.

But as the icon of fashion journalism, Tina Brown, recently wrote in The Guardian, relating the looks of US politicians with those of German politicians is an apples-and-oranges comparison, as she notes that, for the Germans, flashy won't work.

"After the trauma of Hitler, theirs is an anti-charisma culture that actively distrusts pizzazz," according to Brown. 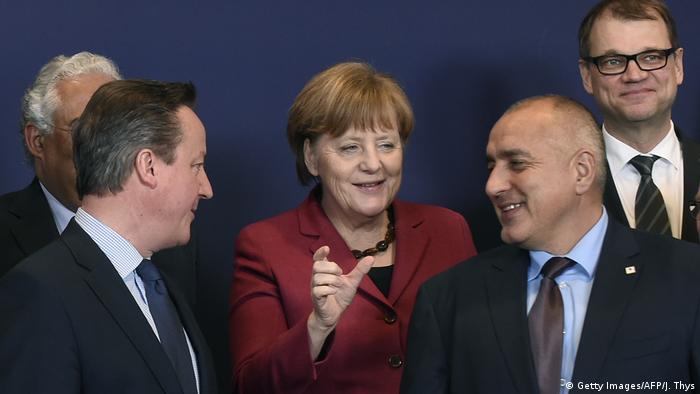 It wasn't until Angela Merkel came to power in 2005 that German political dress took on a bit of color. Known for her trademark three-button pants suit by Hamburg designer Bettina Schoenbach, Merkel's standard look is black trousers with a blazer, one which seems to be available in so many colors that Dutch graphic designer Noortje van Eekelen has created a Pantone color chart based on which colors Merkel has worn. 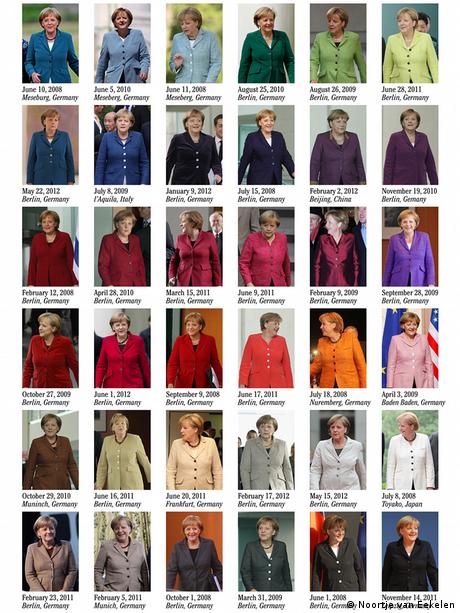 Like any woman in the public eye, Merkel's look has been put under the microscope many times, with Germany's fashion elite either praising or deriding her. Der Spiegel dedicated an article to her with the headline, "[Angela Merkel] Fails to Dress for Success."

Chanel's long-time chief designer Karl Lagerfeld said, "She should perhaps wear a little less color and find someone who can tailor better trousers for her."

Nevertheless, in 2006 designer Wolfgang Joop declared Merkel the muse for his autumn/winter collection, proclaiming her "strong and fearless" style inspirational.

Whatever you think of Merkel's look, it stood in stark contrast to the Brioni suits favored by her predecessor, Gerhard Schroeder. (The brand is also a favorite of President Donald Trump, though it recently shifted away from the more traditional look with an ad campaign featuring the heavy metal band Metallica.)

And it's hard to imagine that Merkel - or any other candidate for the chancellor's office - will be handing over a 26,000-euro makeup bill, as French President Emmanuel Macron's office has recently done.

Merkel's main opponent, Martin Schulz from the Social Democratic Party, was very frankly asked by German daily Die Zeit whether he wasn't overdoing it a bit with his "cheap suits," which he'd been criticized for in the media.

Schulz replied that "he wasn't planning on changing" his off-the-rack suits, his glasses or his beard, adding that he'd never thought much about his suits. 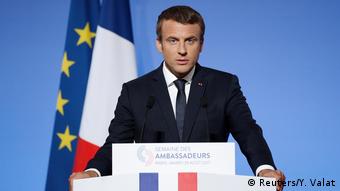 France's youngest-ever president, Emmanuel Macron, has come under fire for his beauty budget

Whether the price tag on Schulz's suits will impact German voters on September 24 remains to be seen, but Merkel has already been named chancellor three times. Has her appearance influenced voters?

The power of discussion

While it's impossible to say beyond any anecdotal evidence, the US-based non-profit Name It, Change It has conducted studies that show that women candidates, regardless or their political party or level of office, are confronted by sexism in the media that does play a role in how voters see them.

It didn't matter if the coverage was neutral, positive or negative, voter perceptions were such that the candidate was seen as less confident, effective and qualified than without the coverage. The same could not be said of male candidates, according to the study, whose likeability was not impacted even when appearances were discussed.

So all of the hours spent discussing Barack Obama's tan suit or John Kerry's flak jacket for duck hunting were for naught.

That's food for thought as the German election enters its final stretch, with voters heading to the polls on September 24. With three of the six strongest parties putting forth women candidates, media attention drawn to appearances – no matter how neutral – might indeed have an impact on how voters make their choices.