How military slang slips into everyday civilian use

Under the radar, long shot and top gun: All over the world, people use idioms borrowed from wars and the military. Some are new, but quite a few in German date back hundreds of years, says linguist Rolf-Bernhard Essig.

DW: Germans regularly use idioms and phrases that actually come from the military, or from long-ago wars and military conflicts. How does German compare to other languages, does it stand out in any way with its wealth of idioms bristling with martial terms?

Rolf-Bernhard Essig: Not at all! The German language marches down a broad and international military road where that is concerned. British English, thanks to Shakespeare's dramas, is full of martial idioms, American English bristles with military terms, the French have a national anthem that drips with blood and also have plenty of idioms based on shooting and sword fights. The Spanish language has a whole armada of military idioms. Chinese has more idioms based on battle than Terracotta Army warriors; in India and countries influenced by Arabic, there is always a bellicose term at the ready. The same is true in Ghana and the Congo, Mexico and even New Zealand, where people say "Don't die like the octopus, die like the shark!"

How do phrases used by soldiers end up in civilian everyday language?

They trickled in over time. Some military idioms are 3,000 years old — just think of the Trojan Horse subterfuge — as Greek and Roman mythology led to a lot of military-based sayings. So did the Bible: the phrase David vs. Goliath is clearly a military expression. Major armed conflicts like the Thirty Years' War (1618-1648) infused the German language with a lot of military-related idioms, as did the conflicts that took place around about 1800, the Franco-Prussian War, and of course the First and Second World Wars. 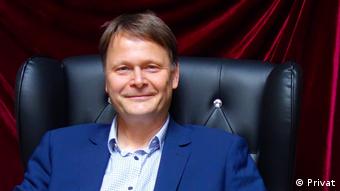 These wars all had such an impact on people's lives that they adopted military slang, as it were?

Yes, absolutely. The troops moved across the country — Wallenstein, a military leader during the Thirty Years' War, was by no means the first to note that "the country feeds the army" — so the population was affected. Men were pressed into service, which means many people had first-hand experience of war.

Literature played a role, too: the 17th-century novel Simplicius Simplicissimus, which was inspired by the horrors of the Thirty Years' War, Johann Wolfgang von Goethe's 1773 drama Goetz of Berlichingen, as well as his 1808 play Faust, Friedrich Schiller's 1808 tragedy The Maid of Orleans, to name just a few. 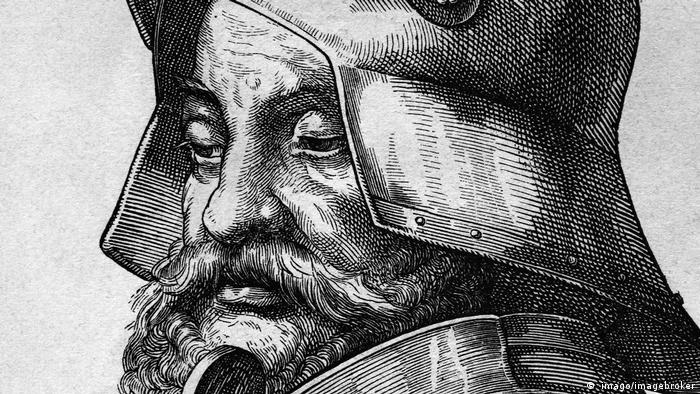 Götz von Berlichingen, also known as Götz of the Iron Hand, was a German Imperial Knight, mercenary, and poet

Do you have some examples for idioms and phrases that stem from more recent conflicts or military routines?

In an office, you might hear the expression to be in "stealth mode," which means someone is trying to make himself invisible and avoid work. "Under the radar" was a military term that has long since entered civilian everyday language, and means to be overlooked or not noticed.

In the English-speaking world and in Germany, too, we have the term Top Gun for highly effective salespersons. This goes back to the 1986 action movie with Tom Cruise, but also to the US Navy's legendary Top Gun training program that was developed after the Vietnam War. We also speak about autopilot mode, and flying blind. 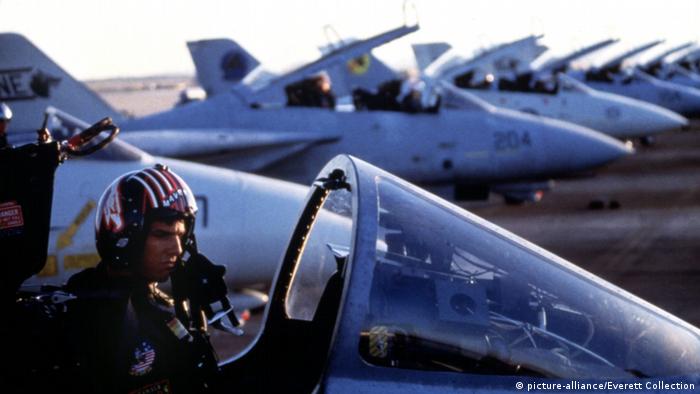 It's also interesting to note a boom in proverbial sayings. In German, the term "Alter Schwede" (Old Swede), used as an exclamation for something positively surprising, was practically extinct at the end of the 20th century — hardly anyone said that anymore. But it has resurfaced. For about 10 to 15 years, German kids and teenagers have been calling each other "Alter" (old man) and now they are also saying "Alter Schwede." The term goes back to the period right after the Thirty Years' War, when Swedish veterans decided to stay in Germany as instructors in the Prussian army. They were very well trained, very much appreciated — and known as "Old Swedes."

Terms that everybody uses and knows usually come from major, long-lasting military conflicts. And sometimes, civilian idioms become military terminology, too — quite a natural process! The expression "dog fight" was a phrase for just that: dogs fighting. The term was then used for brawls, on the battlefield and finally, for fighter plane aerial combat.