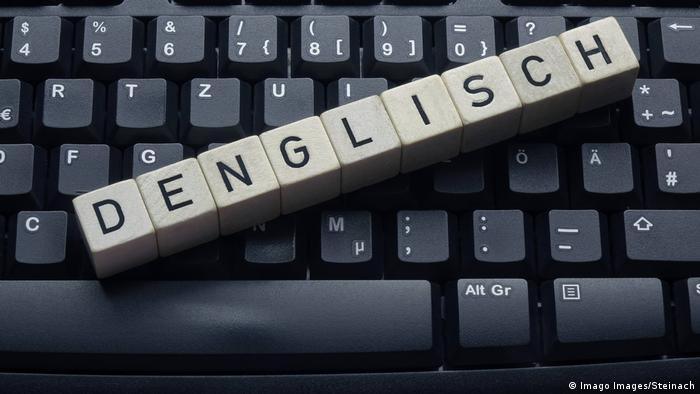 The concept of "Denglish" — a hybrid of German and English which makes use of anglicisms and pseudo-anglicisms — is so ingrained in the German culture that the term was actually coined in the language as early as 1965.

In fact, Denglish even has its own Wikipedia entry in 11 languages, including Korean, Russian and Japanese, so clearly the existence of this peculiar linguistic phenomenon has made its way around the world. But wait, there's a twist.

Not only does Denglish include words borrowed from English — like "Show," "Lifestyle" or "Download" — you'll also find a series of unique pseudo-anglicisms, or words that sound English, but actually aren't — including "Beamer" (projector), "Handy" (mobile phone) or "Dressman" (male model).

So how can you master the mysteries of the Denglish language? Here are some tips.

Like many things in life, experience is key. Listen to as many verbal conversations between German speakers as you can, and try to spice it up with radio shows and podcasts. You'll catch up on so many Denglish words. They are the easiest to learn: After all, you already know them. (Unless they are one of those sneaky pseudo-anglicisms, of course...)

In the worst-case scenario, you might have to figure out some conjugations along the way, as some Anglicisms are Germanized into verbs, like "downloaden," "delivern" or "gescreenshotet." Yes, I know. Deep breathes.

If you're not the listening type of person, Germany is full of billboards, brochures and street signs with Anglicisms. All you need to do is look around you.

If you're not physically in Germany, no panic: You can still subscribe to a bunch of corporate newsletters and realize that there's Denglish everywhere in German marketing. You'll start thinking your German is fantastic because you're miraculously recognizing all the words.

The national rail carrier Deutsche Bahn has "Service Points" and "Tickets" stands scattered in many train stations as well as on their website, Berlin's main public transport company, BVG, is constantly using Denglish on its Facebook, Twitter and Instagram accounts. 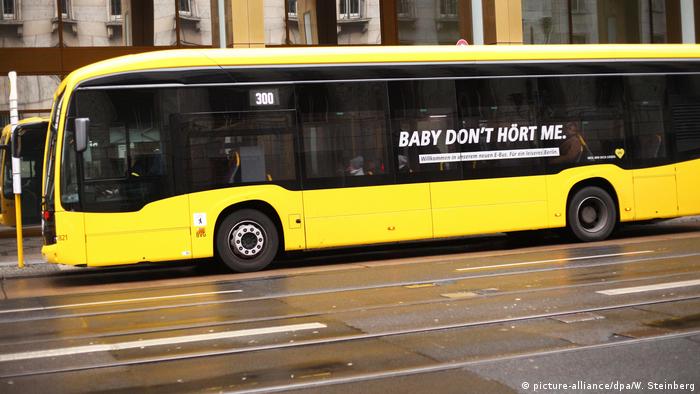 Picking up on lyrics of a popular pop song: An electric bus in Berlin is so quiet, you don't hear it ("hört" in German)

No matter what your native language is, it's safer to assume that it has its own version for the words "tree" or "heart" but not necessarily for "laptop" or "antivirus." German is no different, and I can already tell you that the legitimate words for internet, computer and online are, well: Internet, Computer and Online.

So if you're struggling to find a topic for discussion that could sharpen your Denglish skills, you can always start with anything internet-, marketing- or business-related. "Meeting," "Workflow" and "Brainstormen" are all acceptable Denglish words.

Additionally, half of the words you would come up with involving internet culture are probably as legitimate in German as they are in English, and most times it makes more sense to use the English term rather than what your national language academy dictates. 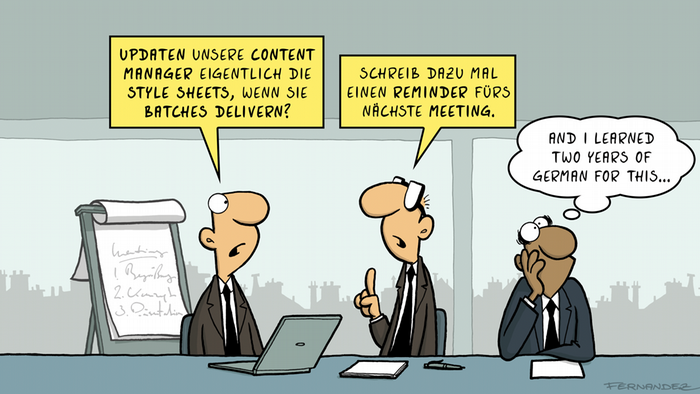 4.  Hang out with the young

I'm sorry to say this, but it's much easier for younger generations to go with the flow when it comes to Denglish. It's not like older people are completely immune to it — sometimes they'll use Denglish words without even realizing it — but language purists normally tend to be older and more conservative.

The German Language Association (Verein Deutsche Sprache, or VDS) fears that through the increasing use of English terms, the "German language is not only losing its influence but will also at some point become a peripheral language," VDS spokesperson Holger Klatte told The Guardian.

The association holds an Anglicism Index that's regularly updated, suggesting German alternatives that can be used instead of the English terms. They also write protest letters to companies who desecrate the German language. Clearly, not everyone is Denglish-tolerant.

You know what? Whatever. Throw in that Denglish word you were thinking of! Even if you're wrong, it can't get any funnier than it already is!

One time, during German class, the teacher asked me a question while I was copying something from the blackboard into my notebook. I am the worst multitasker to walk the face of this earth, which is exactly why I lifted my head up in despair and mumbled "ich kann nicht multitasken!"

For International Mother Language Day, a linguistics expert tells DW why language diversity is crucial to tolerance — and why it's just natural that Germans are using more and more English words. (21.02.2019)

The Leibniz Institute for the German Language has amended its neologism dictionary. Institute director Henning Lobin spoke to DW about new German words and the Anglicisms continually creeping into the language. (10.01.2019)

The German language has all sorts of creative phrases related to size. Learn some here to make a sizeable impression on your friends!

Sunlight and being outdoors usually give us a real boost. We look at German idioms using the word "sun."

Germany's palaces are major tourist attractions, but where did all the kings and queens go? Here's why you might hear about German royals today, even though the country's monarchy was abolished a century ago.