How Jewish women fought the Nazis 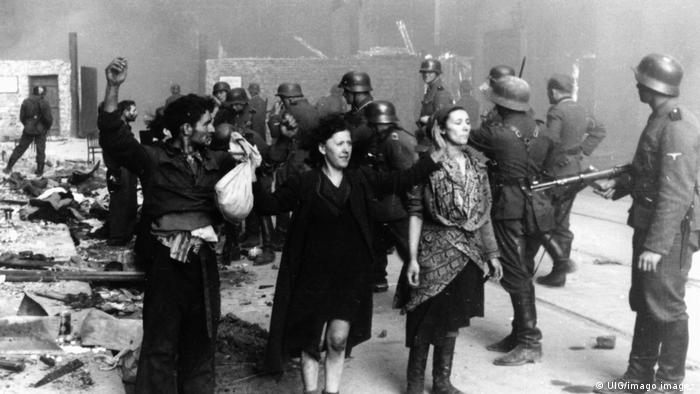 Polish Jewish resistance women, captured after the destruction of the Warsaw Ghetto in 1943. Among them was Malka Zdrojewicz (right), who survived Majdanek extermination camp.

It's a short day in February 1943. Winter has a cold grip on the Jewish ghetto in Bedzin, a city in Poland occupied by Nazi Germany. Amid overcrowded houses stands a special building: the heart of the Jewish youth organization Freiheit (English: freedom) — and the headquarters of Jewish resistance against the Nazis.

On this day, women and men have come together in this building to make a momentous decision. They were able to obtain documents that will permit them to smuggle some of them out of the occupied territories. Should their leader, the Jewish-Polish woman Frumka Plotnicka, use these papers to travel to The Hague and represent the Jewish people before the International Criminal Court?

All eyes turn to Plotnicka. "No," she says. "If we must die, then let us die together. But let us strive for a heroic death."

There is another young woman in the same room, Renia Kukielka. Together, these women will go on to become the face of female Jewish resistance to the Hitler regime in occupied Poland.

This is how the historical events of that night are portrayed by historian Judy Batalion in her book The Light of Days. The Untold Story of Women Resistance Fighters in Hitler's Ghettos. Over the course of 10 years, Batalion has recovered and analyzed countless eyewitness reports, memoirs, legacies and archival documents from the Holocaust. She has talked to survivors and their children and grandchildren all over the world.

Through this painstaking work, she has managed to reconstruct a history that had been lost for decades — in fact, one that has never been properly told: how Jewish women resisted the Nazi occupation in Poland. With tenacity, courage and sometimes violence.

Batalion, who is the granddaughter of a Polish-Jewish survivor of the Holocaust, lives in New York but discovered the untold stories of these women at the British Library in London. Looking through a number of historical documents, she chanced upon a copy of the Yiddish book Freuen in di Ghettos (English: Women in the ghettos). She was expecting another "boring" elegy on female strength and courage. What she found instead were "women, sabotage, firearms, camouflage, dynamite."

A decade of subsequent research and writing produced remarkable results: A great number of Jewish women were actively resisting the Nazis in occupied Poland, in all senses of the word, from the ghettos in Bedzin to Warsaw. They smuggled weapons, sabotaged the German railway and exploded major TNT charges. Frumka Plotnicka died in combat against the Nazis, while Renia Kukielka and numerous other women acted as "messengers." Constantly risking their lives, they used their "non-Jewish" appearance to transport people, money, information, munition and firearms in and out of the ghettos.

Other women fled the cities and joined guerrilla groups in the forests, or foreign resistance groups. They built rescue networks to help other Jews to hide or flee and engaged in "moral, spiritual and cultural resistance."

One such example of cultural resistance is provided by Batalion through the biography of Henia Reinhartz, a young woman in the ghetto of Lodz. Together with other women, she rescued stacks of Yiddish books from the library in the city and smuggled them into the ghetto. "It was an underground library," she remembered many years later.

Reading was a way to escape into "another world," a "normal life in a normal world, not one like ours that is all about fear and hunger." Poignantly, Batalion adds, Reinhartz was reading the US novel Gone with the Wind while hiding to escape deportation.

A rare gem of a book

Batalion, too, seeks to use culture and literature to reinvigorate the memory of the Jewish women resistance fighters. Her book is an achievement, as rigorous as it is gripping. With great acumen and a firm narrative instinct, she recovers an important part of history that has, for too long, been ignored.

The German translation of the book is set to published this month and comes at a time of ongoing debate about how to keep the memory of the Holocaust alive as eyewitnesses grow increasingly older and pass away. Speaking with DW, translator Maria Zettner underlined how important it is that this history is told, particularly in Germany. 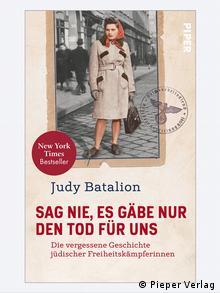 The German book cover features a quote from the book: 'Never say there is only death for us'

"While I was translating the book and reading about what the Germans had done to these Jewish women, I felt a great sense of shame. We have a responsibility as Germans to ensure that these memories are not forgotten, that they are passed on to the next generation. We have a responsibility to do all we can so that something like this will never happen again," she says.

Batalion stressed the importance of uncovering the stories that had been repressed.

"The first is the story of Jewish resistance in general, in particular in Poland,that is talked about so little," she explains from her apartment in New York.

"And the second is the experience of women in the Holocaust, which has been addressed more and more in recent years, but certainly not before that." 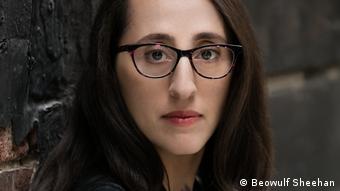 Author Judy Batalion was born and raised in Montreal, and studied the history of science at Harvard University

A new chapter of Western feminism

Batalion sees a great hunger for these stories at the current moment. "It is the place where we are in our feminist trajectory, in the history of feminism," she tells DW.

When she talks to friends and colleagues, her impression is that "we are so excited to learn about these legacies, that we come from this. It is so deeply exciting for women to know that that's what our foremothers did. Women are achieving so much right now."

That she is a woman figured greatly in the genesis of the book. "I am a historian, I am a woman. There haven’t been many generations of me," she says, going on to explain: "My editor is a woman, the editor who commissioned this project, who paid for it, is a woman, my agent is a woman. I am able to do this work because of other women who paid me and supported me professionally to carry out this type of work. Twenty-five years ago, I don’t know how many women historians would be pitching to women agents and women editors who would have been supportive."

The hard work of so many women has paid off: The Light of Days is already a New York Times and international bestseller, director Steven Spielberg has optioned the film rights and there has been interest from documentary filmmakers and playwrights. This is a visible source of pleasure to Batalion, but she remains humble in her conversation with DW. "I just hope this story gets told to as wide an audience as possible," she says.

What does it mean to her to have written the book? Batalion, who has so far been a quick conversationalist, having said more than could possibly fit into a 30-minute interview, pauses. She looks away, and a silence ensues.

"It just felt like something I had to do," she finally says. There is a clear sense of what she is thinking: That this isn't about her. "I feel grateful to Renia for leaving such detailed accounts that enabled me to tell the story. I simply did what I felt I had to do."

Simone Veil survived the Auschwitz death camp and went on to be a crusader for women. She joins just a handful of women buried as French heroes.

Born on October 2, 1869, in Porbandar in western India, Mahatma Gandhi led India to independence. On his 153rd birthday, here are some ways the iconic leader has been immortalized in popular culture.