How green is Africa's energy supply?

Africa is responsible for just a small percentage of fossil fuel emissions. But many countries on the continent are expanding solar, water and wind power. We take a look at how eight African countries compare. 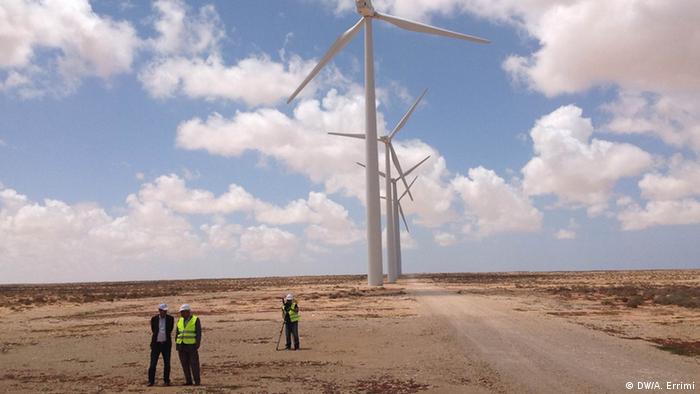 Under the Paris Agreement, the world has committed to keeping global warming below 2 degrees Celsius – and ideally below 1.5 degrees. That means a radical change in where we source our energy, ditching fossil fuels in favor of carbon-free renewables.

So how well are African countries doing? Overall, Africa is responsible for just 3.5 percent of fossil fuel emissions – despite being home to around 16 percent of the global population. Africa’s energy infrastructure is far less developed than in the carbon-heavy economies of America, Europe and China, for example. According to the International Energy Agency (IEA), around 600 million people in Africa do not have access to electricity.

In terms of renewable energy production, the picture varies widely country-to-country. Countries like Zambia, and Democratic Republic of Congo have close to 100 percent renewable electricity production from hydropower facilities.

Ethiopia, too relies heavily on hydropower but also wind power, which now accounts for about 4 percent of its power generation. Morocco and South Africa are among the African countries investing most in modern wind and solar power facilities. But South Africa still generates less that 3 percent of its electricity from renewables. In 2014 (the year referred to in the graphic above) renewables accounted for just 13.6 of Morocco's electricity production. But it has made the development of renewables a national priority, with huge new solar power facilities coming online over the last year.

In many parts of Africa, people are not connected to the grid and may use small, home solar systems to run household appliances – which don't show up in the statistics for overall power production.

Aside from power production, Africa is still heavily dependant on burning wood and charcoal for cooking and heating. According to the IEA, approximately 730 million people in Africa rely on traditional biomass. And that has its own environmental impacts, in terms of deforestation and air quality.

On this week's Eco Africa, find out why Rwanda is restocking its lakes with native fish, get to know the Ghanaian schoolgirls fighting plastic waste, and meet the eco activist whose work has saved lives in Kenya.

The Manu Biosphere Reserve in Peru is one of the most diverse ecosystems in the world. But the expansion of agriculture is causing forest loss. A conservation project is bringing people and nature back into harmony.