How far will Taiwan drift from China?

Since the election of a China-skeptic president in Taiwan, tensions have grown between Taipei and Beijing. DW speaks with Taiwan expert Johannes Buckow about the future of the relationship. 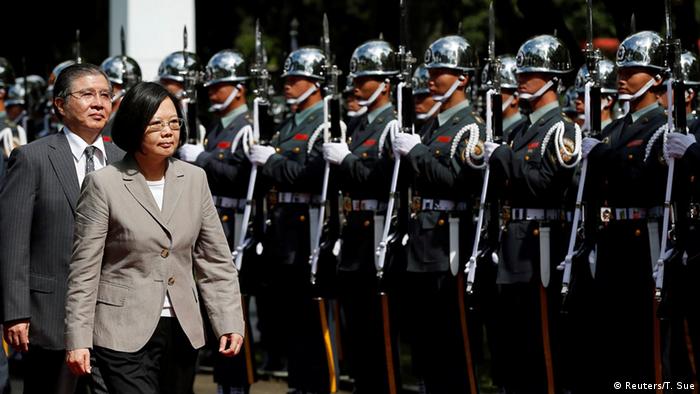 From 2008, under President Ma Ying-jeou of the China-friendly Kuomintang (KMT), Taipei moved closer to Beijing through a series of trade and tourism deals.

But in January, Taiwan elected Tsai Ing-wen of the more China-skeptic Democratic Progressive Party (DPP) as President Ma's successor, raising tensions across the Taiwan Strait. At her inauguration in May, President Tsai pledged to hold "steadfast in protecting this nation's sovereignty."

One month later, Beijing announced it had cut its official communication mechanism with Taiwan. Tsai has expressed her desire to uphold "positive dialogue" and "maintain peace and stability" though restoring relations will likely be a difficult task. A Taiwan warship mistakenly fired a missile towards China on Friday, showing how dangerous a lack of communication could prove.

DW spoke with Johannes Buckow, a research associate at the Mercator Institute for China Studies in Berlin, about the stand-off and whether an era of tense cross-Strait relations is setting in. 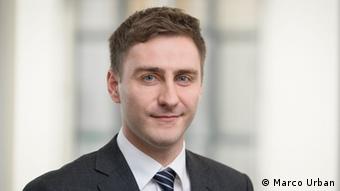 DW: Though she comes from a pro-independence party, President Tsai Ing-wen has publicly taken a somewhat conciliatory stance towards China. Why then did China decide to cut their communication mechanism?

Johannes Buckow: Tsai Ing-wen has actually been quite confrontational in some points that are critical to Beijing – critical enough to raise tensions. She has deliberately avoided mentioning the so-called "1992 consensus" – a gesture that the previous government had been willing to make. Instead, she pledged to "defend the sovereignty of the Republic of China," specifically mentioning the South and East China Seas, which are largely claimed by the PRC.

Against Beijing's interests, her government is trying to diversify Taiwan's foreign relations away from the People's Republic toward the US, Japan, and Southeast Asian states, some of which are also facing tensions with China over maritime claims. From Beijing's perspective, Tsai's new government is putting some of its regional interests at risk. I believe cutting off communication was only a first step for Beijing to recalibrate its Taiwan policy.

What is China's tactic in staking a combative stance towards the new administration?

Beijing is trying to put Taipei under pressure economically and diplomatically, and to put a price tag on Tsai's and the DPP's mainland-skeptic demeanor. China has experimented with new ways to show Taipei what it is capable of, and the extradition of Taiwanese crime suspects from Kenya to mainland China is one example for that. This particular tactic has its limitations, as the government of Indonesia, in a similar case, did not yield to pressure from Beijing. However, it is quite likely that we will see more of these new, experimental maneuvers in future.

Fear that China is threatening Taiwan's sovereignty helped sweep President Tsai into power. Why hasn't she taken a stronger stance towards China?

Beijing has repeatedly vowed to use military force if Taiwan ever were to declare its formal independence, or even if it becomes politically unstable. By taking a strong stance for the sovereignty of the Republic of China, she went just about as far as she could without prompting stronger reactions from the mainland. If she had said "sovereignty of Taiwan," she would have crossed the line.

The main reason for her party's watershed victory in the elections, however, was not cross-strait relations (but) Taiwan's rather grim economic situation: economic stagnation, rising living costs, sinking real wages, all of which especially hit the young generation. Tsai's government has prioritized these issues.

Beijing has called for President Tsai to publicly endorse the "1992 consensus" if communication is to be restored? Do you see this as likely?

The row over the "1992 consensus" is a good example for how fragile the progress achieved during Ma's rule has been. The consensus holds that there is only one China and that Taiwan is part of it - just that the Republic of China in Taiwan and the People's Republic of China on the mainland may each have different interpretations of what that means. This formula had been a useful basis for cooperation while the KMT was in charge, and deliberately not endorsing it has been a strong statement by Tsai.

Beijing will definitively expect some strong gesture from Taipei before it will pick up negotiations again - possibly even a stronger commitment to Beijing's legitimacy than the "1992 consensus." However, unless Beijing takes action to increase its pressure demonstrably, I would not expect Tsai to change her stance. Both sides are playing on time.

After observing President Tsai's first month in office, how legitimate is Beijing's fear that she will press for independence?

I believe it is highly unlikely that Tsai will push for formal independence. She has vowed repeatedly to maintain the status quo, and this is what most of her voters want. However, she seems to be aiming for some kind of "status quo plus" and to increase Taiwan's influence despite lacking official recognition.

Her government is working to extend Taiwan's diplomatic reach and reduce its economic dependence on China. This clearly undermines Beijing's efforts to isolate Taiwan internationally and make it economically dependent on the mainland. The DPP's strategy is very likely to raise further tensions in the Taiwan Strait, and with those countries that Taiwan is trying to boost its relations with.

After an eight year "thaw" between China and Taiwan led by President Tsai's predecessor, can we now expect the relationship to enter into a long period of tension?

I do expect more tensions, especially as Taiwan's government reaches out to intensify its relations with potential regional partners. However, both sides will choose to move very slowly and carefully, as neither Beijing nor Taipei is keen on seeing the potential regional conflict escalating. At any rate, it is fair to assume that there will be no more cross-Strait trade or investment deals in the near future.

Johannes Buckow is a political research fellow at the Mercator Institute for China Studies.

The interview was conducted by Jeffrey Michels.

Taiwan's objective is to "maintain peace and stability" between itself and mainland China, the island's president said. But Beijing remains wary, saying Tsai's new government has yet to recognize the "1992 consensus." (29.06.2016)