How do independent publishers in Germany survive?

After the bankruptcy of Germany's largest book wholesaler, small publishers are on red alert. The issue at stake is nothing less than democracy and cultural diversity. Is there a glimmer of hope for them? 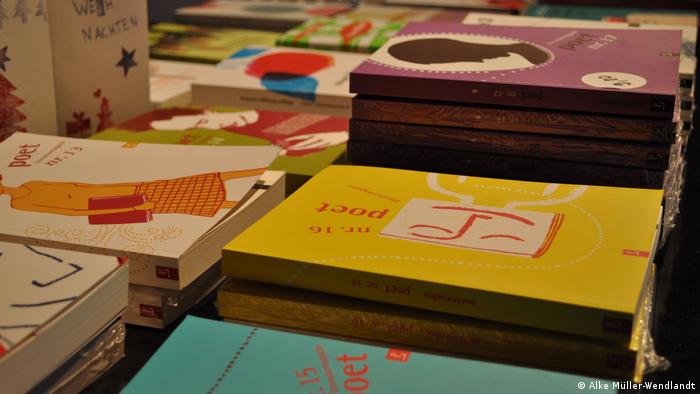 Two major challenges are currently keeping the publishing scene in suspense: The German Publishers and Booksellers Association has unveiled a study that shows that the number of readers aged 20 to 49 continues to decline and that digitization is having a considerable impact on the book market.

The situation is aggravated by the bankruptcy of Germany's largest book wholesaler, the Stuttgart group Koch, Neff and Volckmar (KNV), which was declared in February. This event particularly impacts independent publishers, and those in the industry are alarmed.

There are some 3,000 book publishers in Germany, a third of which are trade publishers, meaning they do not sell specialized books or educational and teaching materials, but instead cater to the general public.

Around 7 percent of publishers account for 95 percent of the total turnover of more than €5 billion ($5.62 billion). The remaining 93 percent are small and medium-sized independent publishers. These are often companies that are run with a lot of commitment and little money by one, two or a small group of people and that publish less than 10 books a year. 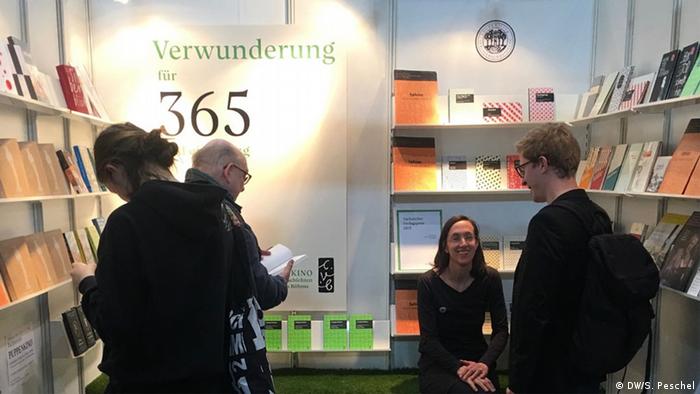 There are also formal criteria for being recognized as independent: The decisive factor is that the publishing house does not belong to any group, has a professional publishing and sales structure, and publishes at least two titles a year. The many publishers who finance themselves on the basis of a printing cost subsidy are not considered independent. An "independent" publisher must have an annual turnover of less than €5 million — a requirement that most small and medium-sized publishers can surely only laugh about.

Since a giant like KNV has been forced to bow out, many independent publishers are now threatened with the loss of a high percentage of their annual turnover. Unlike the large publishing houses, which can enforce a payment period of 30 days, small publishers are faced with a payment period of 60 days by book wholesalers such as KNV; some even receive the money for their books only after three months. As KNV filed for bankruptcy in February, most independent publishers have lost their Christmas business, the most important source of income of the year.

"The December income carries you through the year, and if you do not receive it, then it's difficult to close the gap," says Frauke Hampel from the Connewitz publishing retailer, summarizing the situation. 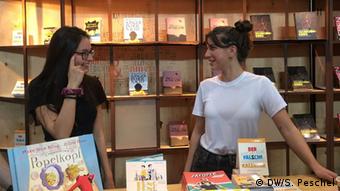 "Perhaps it would be wise just to throw in the towel," Voland & Quist publishers pondered, after realizing the extent of the losses. They were the first to publicly announce their losses on their company's blog: "Outstanding balances of over €65,000, which equates to 12 percent of annual sales. With the outstanding sum, we can draw up an entire year's program. We could print books, create covers, have texts translated...," the company wrote.

This means that 15 years of publishing work is in danger of falling into financial ruin through no fault of their own. Despite their anger, the publishers are continuing with their work.

They do so because most small publishers are not only interested in selling books. "The work of small independent publishers has a high artistic, but also social value," says Britta Jürgs, chair of the board of the Kurt Wolff Foundation. The foundation, which was established in 2000, has the aim of promoting this work. Over a hundred independent publishers belong to its circle.

Each spring, at the Leipzig Book Fair, the foundation awards two prizes. The main prize this year was given to Andreas Meyer of Merlin-Verlag, one of the oldest independent publishers in Germany, which has been in existence for 60 years. The second is an advancement award.

"Cultural diversity in Germany is largely shaped by the existence and activities of the many smaller independent publishers," stressed the German Publishers and Booksellers Association. 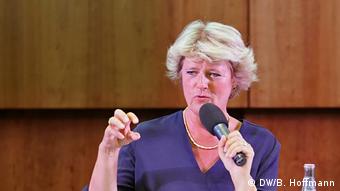 The German government has also recognized the seriousness of the situation. In October 2018, months before the KNV insolvency, Monika Grütters, Commissioner for Culture and the Media, announced the creation of a German Publishing Award. This demonstrates her commitment to countering an "intellectual monoculture, in which the only survivor is the one guaranteeing high sales figures."

This week, it was revealed that the award would total over €1 million, broken down into categories. Beginning in May, small, independent publishers may apply. Three main prizes of €60,000 each will be announced in October at the Frankfurt Book Fair. In addition, up to 60 outstanding small publishers among those having turned over less than €3 million in the last three years are to be showcased and awarded each with €15,000.

The support of independent publishers through such awards translates into investing "in the rare works that are not part of the mainstream, in uncomfortable, inconvenient voices and pioneering minds." said Britta Jürgs of the Kurt Wolff Foundation. "Ultimately, we are investing in cultural diversity and our democracy."

Germany is guest of honor at the Taipei International Book Exhibition this year. German authors and publishers were on hand, as was DW with its "100 German Must-Reads" project, which is currently traveling the world. (15.02.2019)

DW's list of German-language novels published since 1900 that have been translated into English is the first of its kind. (17.10.2018)