How austerity poisoned the people of Flint, Michigan

The birthplace of General Motors has long struggled with joblessness, poverty and crime. Now, the people of Flint, Michigan are facing a health crisis created by the state's attempt to save money. 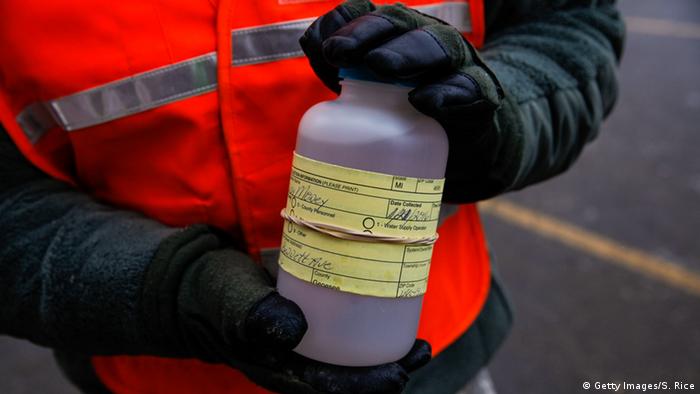 Democracy had, in effect, been suspended in Flint. Facing a $15 million (13.8 million euros) deficit, the city was placed under emergency management by the state of Michigan in 2011.

A series of unelected emergency managers, empowered by the governor to make fiscal decisions for Flint, proceeded to double residents' water rates to help ease pressure on the budget. 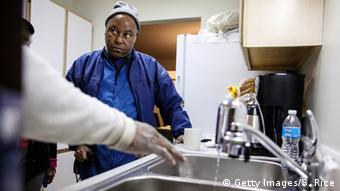 As rates rose, city and state officials began examining a new source of water. Instead of relying on neighboring Detroit, they believed Flint could save nearly $20 million (18.5 million euros) over eight years by pumping water directly from the Great Lakes, the world's largest freshwater supply. Construction of the new pipeline was scheduled to take more than two years.

Instead of sticking with Detroit during the transition, city and state officials decided to switch the water supply to the Flint River until the pipeline was complete. It didn't take long for Melissa Mays and other residents to notice that something was wrong with their drinking water.

"My kids and my husband, all five of us started getting rashes all over our faces, our backs and our arms," Mays told DW. "Our hair started falling out in handfuls."

City and state officials dismissed the growing concerns of Flint residents and maintained that the water flowing from the river was safe to drink.

Mays, a 37-year-old publicist, wasn't buying it. In January of 2015, she and her husband Michael founded an activist group, Water You Fighting For, to raise awareness about Flint's water.

"We know that it's historically contaminated," Mays said. "GM [General Motors] dumped in it for a hundred years and never cleaned up... because they filed for bankruptcy." 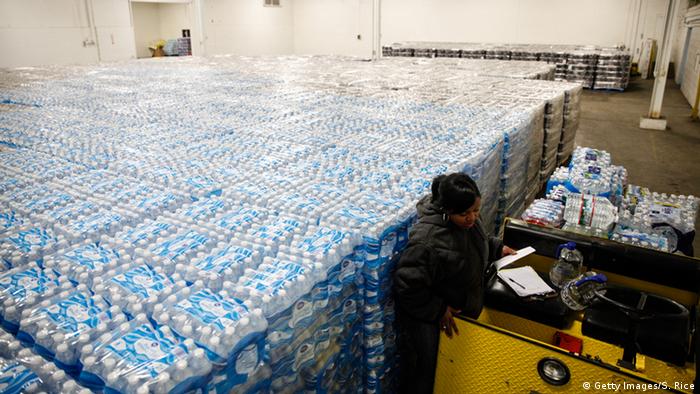 Pallets of bottled water are seen ready for distribution in a warehouse in Flint, Michigan

In February, the city found high levels of lead in tap water at the home of Flint resident Lee Anne Walters. Doctors later diagnosed her son with lead poisoning. City council subsequently voted 7-1 to switch back to the Detroit water system.

But Flint was under emergency management by the state of Michigan, and the council was powerless. Emergency Manger Jerry Ambrose rejected the vote, calling it "incomprehensible" because the cost of water would increase by going back to Detroit.

"When you're under emergency management the citizens do not count," Mays said. "They put profit over people, they are suspending democracy to fix this bottom-line problem.

The following September, a Virginia Tech research team found that "Flint has a very serious lead in water problem" after examining 252 samples sent by residents. 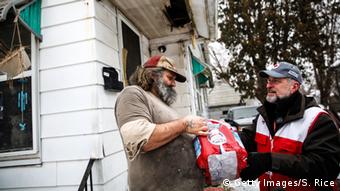 And when pediatrician Mona Hanna-Attisha examined hospital records, she found elevated levels of lead in the blood of Flint children. Lead exposure can lead to neurological problems in children.

In November, Mays filed a class action lawsuit against the governor and a host of other state and city officials. The lawsuit accuses them of failing to add an anti-corrosive agent to the water. As a consequence, the polluted water from the Flint River leached lead off the city's pipes.

On Thursday, US President Barack Obama approved $80 million (74 million euros) in federal aid to help fix those pipes. And the Environmental Protection Agency has ordered an independent review of what happened and will conduct its tests of the city's water.

"It is a reminder of why you can't shortchange basic services that we provide to our people, and that we together provide as government to make sure that public health and safety is preserved," Obama said in Detroit on Wednesday.

Flint's water crisis is the culmination of more than a half century of de-industrialization, de-population and disinvestment, according to Andrew Highsmith, the author of Demolition Means Progress, which chronicles the history of Flint.

The city was placed under emergency management in 2011 due to its fiscal problems caused in part by large pension obligations. Those obligations are a legacy of Flint's better days. A sign on a building warns residents to filter their water

General Motors was founded in Flint, and some 80,000 autoworkers called the city home in the 1950s. The per-capita income was one of the highest in the United States at the time.

But GM began moving its factories first to the suburbs, then elsewhere in the US and then abroad. Flint lost an important source of tax revenue. Today, GM employs around 10,000 people in the Flint area.

Many white residents, encouraged by federal subsidies, moved to the suburbs. Black residents, who didn't have the same access to those benefits, remained in the city. Flint's population has declined from 200,000 to under 100,000.

Forty percent of the city lives below the poverty line, and the city has one of the highest rates of violent crime in the United States.

In their determination to save money for a cash-strapped city, state officials lost sight of residents concerns and expert advice, believes Highsmith.

"This is an example of the hubris of fiscally obsessed government officials who are brought in with a CEO's mentality to budgets and balance books and when that happens often important expertise is marginalized," he told DW.

"The overarching focus on cost cutting and austerity created a sort of fog in which science and technology were marginalized," Highsmith said.

The US government is planning to fly in baby formula on military contracted planes as widespread shortages persist following a factory contamination. Pediatricians caution parents against using homemade concoctions.