How astronauts try to save lives in space with resuscitation | Science | In-depth reporting on science and technology | DW | 01.12.2020

The future promises space travel for us all, not just the fittest astronauts. And that means a growing risk of people having heart problems millions of miles from a hospital. But CPR in space is not what it is on Earth. 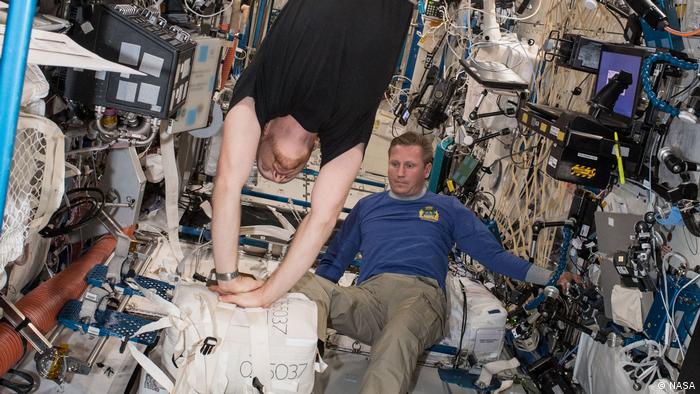 "We've been lucky so far," says Professor Jochen Hinkelbein, an expert in space medicine. As far as we know, no one has ever experienced cardiac arrest in space.

But, then, astronauts do tend to be among the fittest of the fittest. They train for years to be as physically and mentally healthy as possible.

The future, however, promises a return to human spaceflight over longer distances and for longer periods of time. An international collaboration called Artemis is planning missions to the moon and later onto Mars, where humans would build bases for extended stays. 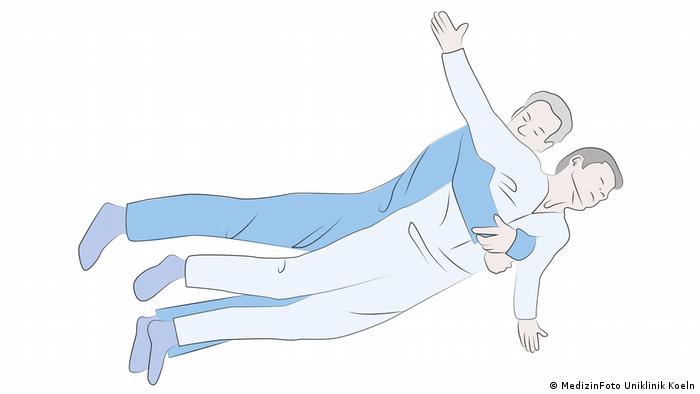 Then there's a chance of space travel for average folk — not just the fittest professional astronauts — space tourism for the rich and adventurous.

As a result, there is growing research into emergency health procedures in space:

What to do if someone experiences cardiac arrest while floating in microgravity and millions of kilometers from the nearest hospital or intensive care unit.

We asked Hinkelbein, who is vice president of the German Society of Aviation and Space Medicine (DGLRM) and co-lead author together with Steffen Kerkhoff of a new study into cardiopulmonary resuscitation (CPR) during spaceflight.

One thing leads to another

DW: How likely is it that people will experience cardiac arrest in space? And when would it be necessary to perform CPR?

Jochen Hinkelbein: Imagine space travel to Mars and back. There could be six astronauts travelling for three years in an absolutely remote setting and if there's an emergency, such as one of them having an electrical stroke, trauma or intoxication, there is always the possibility that those conditions could result in a cardiac arrest. 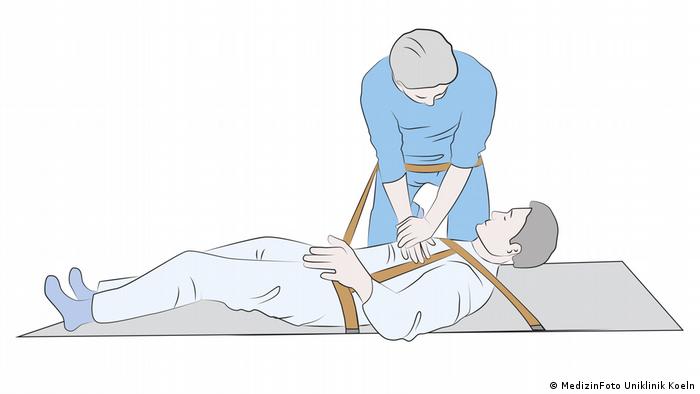 CPR in space: The side-straps method

What are the specific challenges of performing CPR in microgravity? The way astronauts interact with people and with objects in microgravity is not the way we do things on Earth. You can push something lightly in microgravity and it might fly for miles. That must make it almost impossible to do CPR in space.

In your paper, you mention a range of methods for CPR in space. How do they work?

Well, there are five techniques, two of which use straps — a so-called Crew Medical Restraint System — to [connect] the patient with the rescuer to the station. 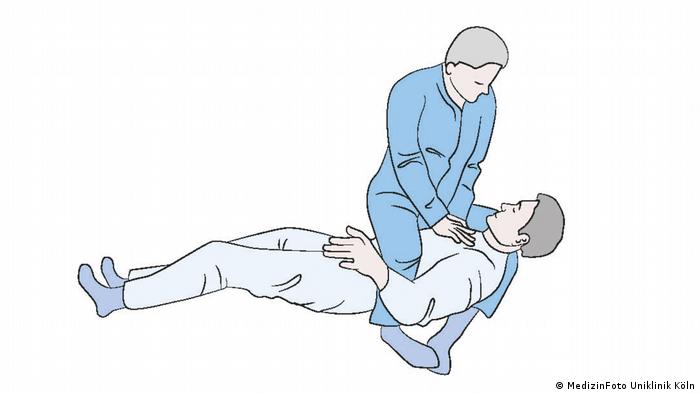 CPR in space: The Evetts-Russomano method

There are three other techniques. The first two are the Evetts-Russomano technique and the reverse bearhug — both of those can be done in free-floating microgravity.

And the reverse bearhug technique is a modified version of the Heimlich-maneuver, where the rescuer encloses the patient's chest from behind.]

Those techniques don't use straps to restrain the patient or any other material to perform chest compressions. However, those two techniques are not as effective in space as they are on Earth.

There is another technique known as the handstand method. That has good CPR quality, but it has one significant limitation, and that is that you need two walls that are between 2 and 2.5 meters (6.5-8.2 feet) apart. If the two walls or surfaces are further apart, it's impossible to perform effective chest compressions. 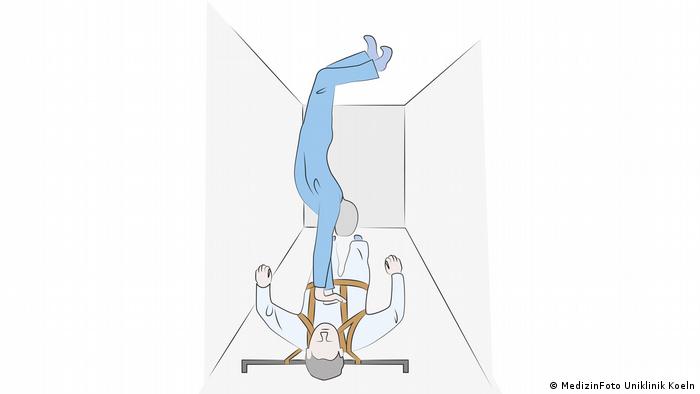 CPR in space: The handstand method

[Ed.: The handstand method: The patient is placed with their back on a surface. The rescuer puts their feet on an opposite wall or surface, arms stretched out above the head. With both hands placed on the patient's sternum (breastbone), the rescuer flexes and extends their hips and knees to generate the force for compressing the patient's chest.]

And what about the actual pressure that's exerted on a patient? There's a lot of research into the effect of microgravity on bone density, for instance, and that bones can get brittle. Is there a risk of damage to a patient's ribs?

There's always a risk of damaging ribs during CPR, the same as it is on Earth. But I don't think the loss of bone density among astronauts is a huge problem for performing CPR. The bigger problem is achieving spontaneous circulation in the patient and getting their heart beating again. 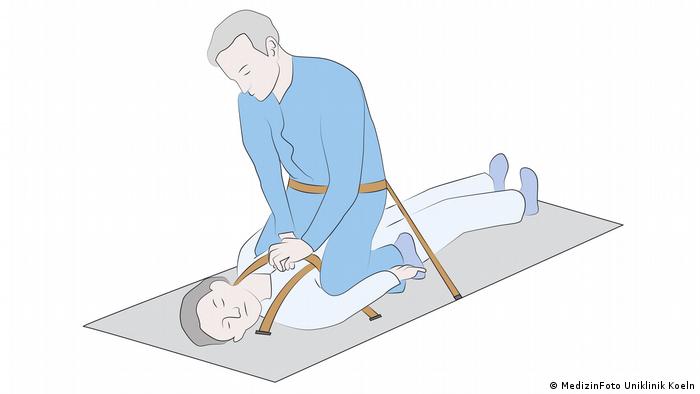 And even then, the problem's not over in microgravity since the nearest intensive care unit may be many million kilometers away. There are questions that science has yet to answer, including how long to perform CPR in space and what to do afterwards.

You said at the start that there have never been such situations in space, at least not reported. But there are other health issues in space from blindness to debilitating nausea. So, we have been very lucky, haven't we?

Yes, I think so. So far, we've been lucky not to have a cardiac arrest in space. However, several astronauts have had cardiac arrhythmias. And that can develop rapidly into a cardiac arrest. But we've still not seen that happen, not yet.

Jochen Hinkelbein is a professor and managing senior physician in the Department of Anaesthesiology and Intensive Care Medicine at the University Hospital of Cologne and Vice President of the German Society of Aviation and Space Medicine (DGLRM), and co-lead author of the study "Cardiopulmonary resuscitation (CPR) during spaceflight," published in the Scandinavian Journal of Trauma, Resuscitation and Emergency Medicine.