An elementary school art class has been tweeting sketches of their heroes in Syrian war zones with the hashtag #ArtforAleppo. The teacher says they are trying to process the images they've seen - and also to protest. 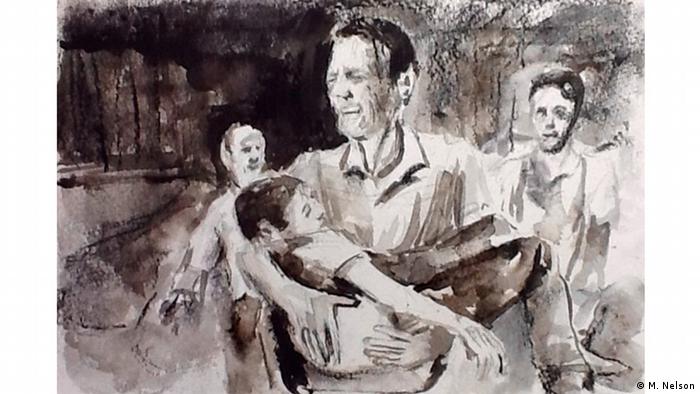 In the small US town of Kewanee, two hours outside of Chicago, an elementary school teacher has gained international attention with his and his students' sketches of Aleppo's "heroes."

Since September, Marc Nelson has been tweeting his charcoal and watercolor sketches of war with a message of solidarity for those caught in the five year old Syrian conflict. It began as a personal campaign on his Twitter account @MarcNelsonArt under the hashtag #ArtforAleppo and #StandWithAleppo. But his students recently joined in, digesting - just like Nelson - the images they saw on the news, and turning it into artwork which they continue share with the people of Syria.

Syrians have noticed, including the Syrian Civil Defense - a civilian rescue organization better known as the White Helmets - who have promoted his art on their Twitter account.

Nelson's project is not a typical school art lesson. But Nelson believes it is the duty of both artists and teachers to engage with the world, and he is both. 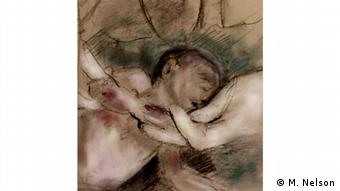 His haunting, nearly colorless sketches of Syrians caught in a conflict, he says, are inspired by German artists like Käthe Kollwitz, Otto Dix, George Grosz and Anselm Kiefer who were "unflinching in their response to war."

In an interview with DW, Nelson discusses his "unflinching" yet clearly sensitive interpretation of the suffering he sees in the daily news - and how he hopes to promote the same ethos of the engaged artist in his students, who range from five to 14 years old.

DW: Mr. Nelson, how did you end up talking about Syria in an art class for children?

Marc Nelson: We were reading a graphic novel called "Maus" by Art Spiegelman. It's a seminal work about responding to human tragedies in the context of the Second World War. When the Syria crisis started to really escalate, I paralleled it with "Maus."

I live in a small rural town. Like 13,000 to 14,000 people. But that's no excuse to be insular. The artists that we talk about in class are artists who respond to things. They are artist who are living in the world and responding to the world they live in.

How did the students first get involved in your Twitter campaign?

These two girls the same day came in with drawings they had done at home that were heart-breaking. They had gone home and gone online and they had found images on the news.

Why do you use Twitter to distribute the artwork?

I really think social media has saved lives by giving a human face and voice to people in this conflict, just as Anne Frank posthumously did for the Holocaust. As a class, we've followed certain people in Aleppo, for example Bana Alabed, the seven-year-old girl who tweeted about the destruction with her mother. And also Mr. Alhamdo, who is a teacher. So we can watch some Periscope videos he's done where he's in his class with his students. It's a direct connection between them and us.

Can you tell me about your own drawing method? How do you choose an image and how do you re-create it? 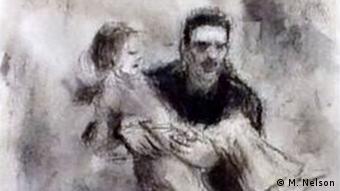 When I did my first drawing, I was looking at a news article and I saw an image of a guy who had grabbed a girl, and she was still clinging to her little blanket. That's what hit me and I just picked up my sketch book and drew it quickly, like in 10 minutes. The visceral impact of that image!

I go through Google image searches and there will always be a photo that will hit me, whether it's the expression on a kid's face, the look of fear, the look of action. With the rescuers, it's the look of terrified duty.

My wife later suggested I put some color into it, but I was initially just drawing really quickly with charcoal, which is the tool of my preference. It's very immediate and it transfers the human hand right to the paper.

Is your work a comment on the media coverage of the war?

I think I'm not trying to comment on it, I'm just reacting to it. I'm an image-hound, and the images are pouring out of Syria. You can't even keep up with it. And I just think, if anything, I'm reacting to the new reality of the media in the sense that you're getting images within minutes from the war zone. 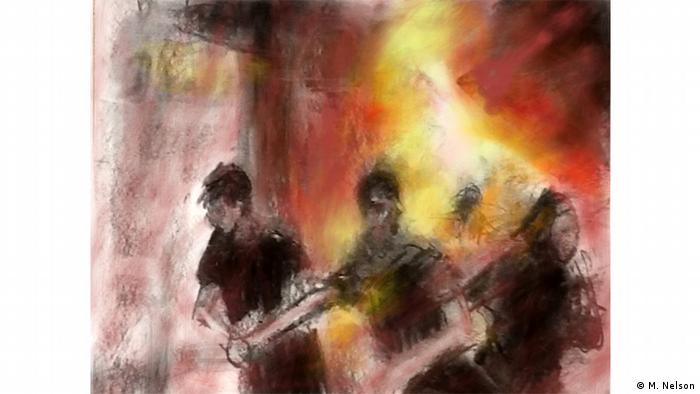 Not in my community. But I had guys online taking my artwork and writing "terrorist propaganda" on it and then reposting it. And I was surprised. I had never had anything like this before. I'm new to this game, man. I'm not a real big social media guy. The only reason I'm doing this is because I thought it's the only way to share this.

You're bringing up a lot of questions for your students. Do you think they have a place to turn to get some of these questions answered?

There are some kids who are very bothered. They keep asking me why would someone bomb a hospital? Why would they do this? That's the hardest question I get. Why someone would think it's okay or not care. I can't answer that question. But I do my best. I don't just blow them off and tell them I don't know. 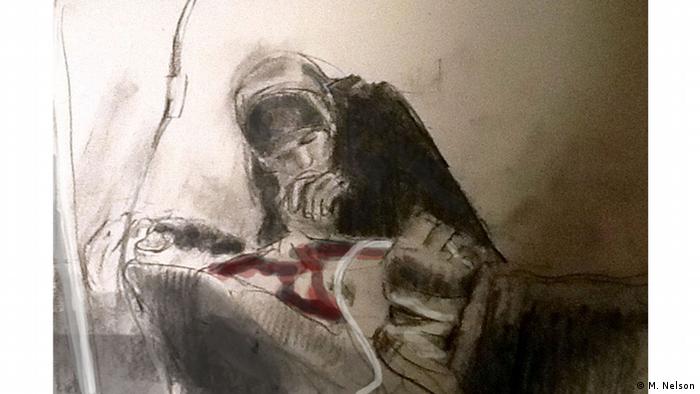 A woman kisses the hand of a wounded man in Aleppo

So we talk about context a lot, too - about the Syrian revolution, about the Arab Spring. But I made them aware that this has become a very complicated situation, it's not simply the Free Syrian Army versus the Assad government.

I encourage them to look into it themselves. And I give them recommendations for where to look. There's a big discussion in our country now about which media to trust and how to avoid fake news and so on.

I don't like when educators hide things from kids. I don't want to them to be unaware of the global situation and their connection to it.

Social media and the fog of war in Aleppo

As Syrian government forces advanced into the last rebel-held territory of eastern Aleppo, a second battle over the narrative of this crucial moment is emerging on social media. (16.12.2016)