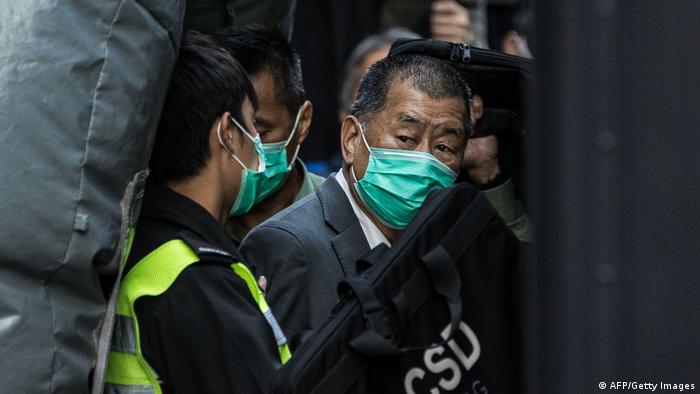 Lai, the founder of the pro-democracy Apple Daily newspaper, already faces charges under a stringent national security law that has been criticized for curtailing freedoms.

Lai appeared in court with six other former Apple Daily employees when the charge was added.

What are the new charges against Jimmy Lai?

The additional sedition charge imposed on Lai on Tuesday accuses him of conspiracy to print, publish, sell and distribute "seditious publications" in the period between April 2019 and June 24, 2021, as reported by DW correspondent William Yang.

Prosecutors alleged the publications could "bring into hatred or contempt or to excite disaffection" against the Hong Kong and Chinese governments, news agency Reuters reported, citing the charge sheet.

What is the situation surrounding Jimmy Lai and Apple Daily in Hong Kong?

One of the charges accuses Lai of colluding with a foreign nation. He has been sitting in jail since December 2020 after being denied bail on those charges.

Earlier this month, Lai was also sentenced to a further 13 months in prison for inciting a vigil marking the June 4 anniversary of the Tiananmen Square massacre.

Apple Daily was shuttered earlier this year after its office was raided and staff members were arrested in June on grounds of national security.