Hong Kong fights a battle to save its baby milk

Despite bans and high fines, people continue to smuggle baby formula out of Hong Kong and into China. Residents of Hong Kong have pressured the government to stop the export of milk powder. 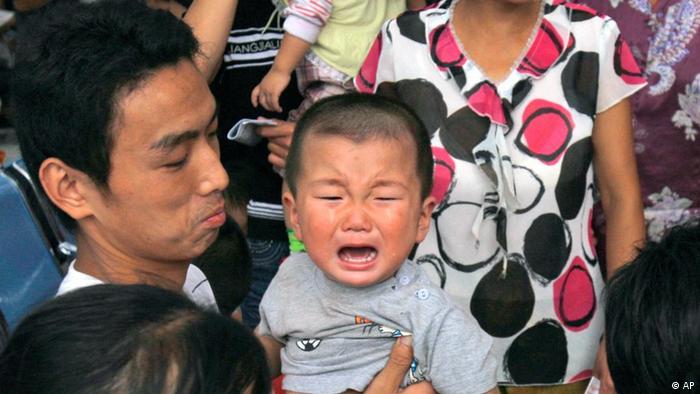 Mixed up in the masses of people at the border between mainland China and Hong Kong are smugglers carting around suspicious looking packages on trolleys. They are trying to smuggle white powder over the border. No, not drugs. Baby formula. Customs inspectors and border police stop them. Taking baby milk powder out of Hong Kong and into China has become a criminal offense.

"Without special permission by the Hong Kong government, no one is allowed to export baby milk from Hong Kong into other markets," according to Ko Wingmang of Hong Kong's Food and Environmental Hygiene Department. "For personal use, we allow each visitor to take with them a maximum of 1.8 kg - that is usually around two containers."

The new law has been in place since the beginning of March. Ten smugglers were stopped at the border on the very first day it became effective. One of them was carrying 50 boxes of milk, hidden in luggage. 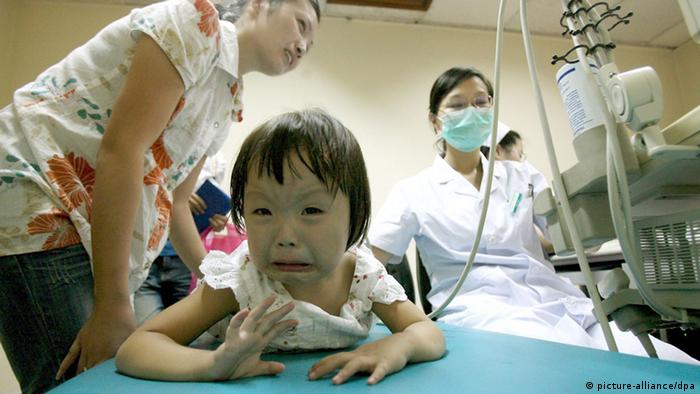 Those who get caught face high penalties - up to two years imprisonment and a 50,000-euro fine. It seems like drastic measures for a little bit of milk. But Hong Kong's government had to act; pressure from the population simply became too great.

Ahead of the ban, professional smugglers bought up all the drugstores' and supermarkets' supply and sent it to mainland China.

"I tried and tried to find milk powder," one mother in Hong Kong said. "I was just released from hospital and only had one tin left. I went to more than a dozen drugstores but I walked out of all of them empty handed."

Since the ban came into effect, it has been easier for people in Hong Kong to find baby formula. But a lot of the powder still ends up crossing the border into China.

Last year, over 35 million mainland Chinese tourists traveled to Hong Kong. That was a new record. And many of the tourists went with the goal of buying safe, quality baby food.

In 2008, six small children died in China after drinking milk contaminated with melamine. Hundreds of thousands more got sick. The scandal shook Chinese parents' confidence in baby milk; they no longer trust the authorities' quality controls. 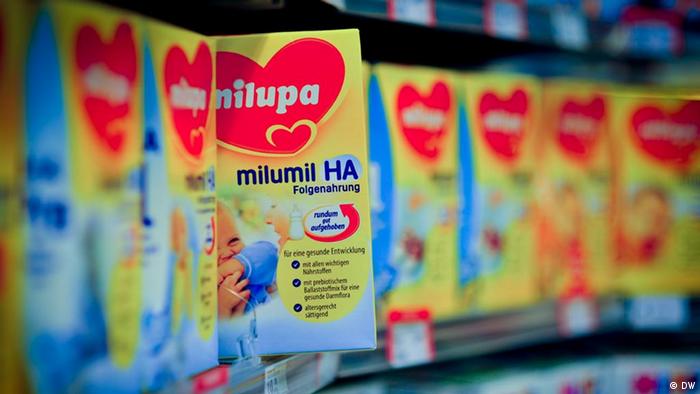 There were also reports of a lack of baby formula in Germany, possibly due to it being sent abroad

Hong Kong, on the other hand, has its own controls in place.

Many people are worked up about the baby milk problem. But it is really symbolic of a larger problem - many people in Hong Kong feel overwhelmed by the masses of mainland Chinese flooding into the city.

"Small shops, like noodle shops and family-owned stores have been losing business to the larger, more luxurious stores the mainland Chinese like to shop in," says Audrey Eu of the Pro-Democracy Civil Party. "Mainland Chinese buy apartments and stores here. People from Hong Kong, on the other hand, cannot keep up with the prices. And now there are new plans to let mainland Chinese in with cars. Our streets are already too small and besides that, we do not appreciate the way many Chinese drive. It is extremely intolerable for a lot of Hong Kong people."

The relationship between Hong Kong and mainland Chinese people is more strained now than it has ever been since Hong Kong was handed over to Chinese control 16 years ago. Many of the city's inhabitants are demanding greater isolation from the mainland - regardless of the milk powder problem.

They criticize the policies of Hong Kong's government, saying it is not doing enough to represent the interests of the people. The head of the city's government paid a visit not long ago to the new leadership of China. But the recent tension between people from Hong Kong and mainland China was not brought up.

Food scandals erupt regularly in China, with milk formula among those products most prone to contamination. Worried parents have therefore started buying non-Chinese powder online from countries such as Germany. (19.01.2012)

A batch of milk has been destroyed in China by one of the country's leading dairy producers after tests found it was contaminated by excessive levels of a carcinogenic toxin. (26.12.2011)

Chinese housewives grow their own veg to avoid exploding watermelons

As the number of food scandals grows worldwide and particularly in China, a group of Beijing housewives has come up with a special solution involving home-grown vegetables. (13.07.2011)

A farm tractor pulling a wagon loaded with Hindu devotees overturned and fell into a pond in northern India. At least 26 people died in the accident, most of them women and children.