A batch of milk has been destroyed in China by one of the country's leading dairy producers after tests found it was contaminated by excessive levels of a carcinogenic toxin. 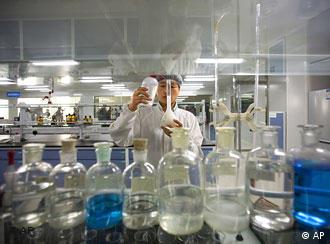 China has stepped up food testing

The batch had been produced in the southwestern province of Sichuan and was found to contain aflatoxin. The Mengniu Dairy Group has said the samples had been taken from milk not yet distributed to the public.

Aflatoxins can be found in milk if cows are fed moldy feed.

After a series of food scandals, the Chinese government has been taking steps to tighten safety. 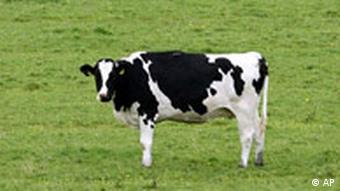 In 2008, milk tainted with melamine made ill 300,000 and caused the death of over five infants. The chemical had been added to diluted milk to feign higher protein levels.

Chinese housewives grow their own veg to avoid exploding watermelons

As the number of food scandals grows worldwide and particularly in China, a group of Beijing housewives has come up with a special solution involving home-grown vegetables. (13.07.2011)

China has sought to calm public concern about the new milk safety scandal, saying it has stepped up scrutiny of production. (18.02.2011)

New cases of melamine contaminated milk products have been reported from three provinces in China. State media said the level of the toxic chemical melamine found in samples was up to 500 times the permitted limit. (09.07.2010)