Three years in production, two Oscar nominations and a protagonist you can't get out of your head: "Honeyland" is an intimate, fly-on-the-all portrayal of a traditional beekeeper in a remote region of North Macedonia. 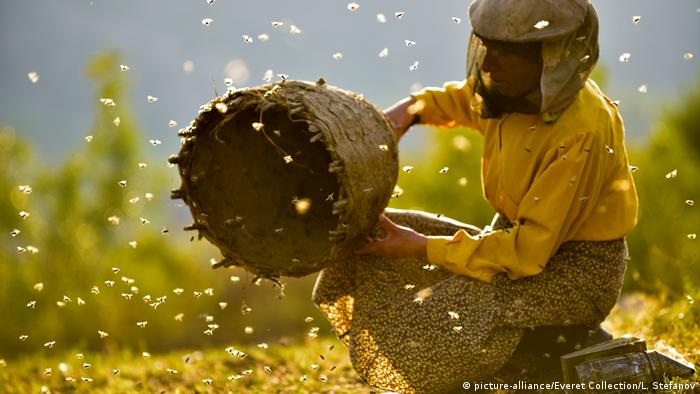 Hatidze, a woman in her mid-fifties, crosses gorges and rivers while walking through the sublime mountains of North Macedonia. Below her are the deep ravines and undiscovered landscapes of this small southeastern European country. There is no explanatory commentary, no intervention in the action; only Hatidze and nature. It's breathtaking and emotional.

In these mountains live colonies of bees, hidden in crevices in the rocks. Without face protection she reaches into the beehives, talks to her bees and even sings for them.

"Take half of the honey and leave the rest to the bees," is an old beekeeper's rule that Hatidze lives by. She respects the busy creatures and lives in harmony with them.

She and her bedridden mother inhabit a tiny house without electricity, running water or a telephone. They are cut off to the outside world, with only the lonely landscapes surrounding the river Bregalnica. The nearest town is Štip, 20 km away, which can be reached only on foot or by jeep. Honeyland touches on many contemporary topics, including migration and climate change

Hatidze's quiet life changes rapidly, however, when a nomadic family of seven parks a caravan next to their house and decides to stay. At first Hatidze enjoys the company. They are of Turkish origin, just like her, and they speak the same language.

But then the family enters the honey business and do not follow the local beekeeping traditions. When the rules are broken, everyone pays the price. Hatidze especially feels the consequences.

Honeyland was filmed over 100 separate days spread out over three years. Often, the conditions were extreme. The team slept in the freezing cold in tents, without electricity to charge their gear.

"But the biggest challenge for me was to edit material of over 400 hours without understanding the language," says Atanas Georgiev, film editor and producer, in an interview with DW. The protagonists speak Turkish, a language that has little in common with Macedonian.

"I edited the first version of the film completely silently, we didn't even know what they were talking about, we were hoping for the best. And then, when we received the translated transcript months later, we were very happy that everything we had hoped for was there," he says. In fact, as short as the conversations between Hatidze and her mother are, the content is nonetheless deep and touching. 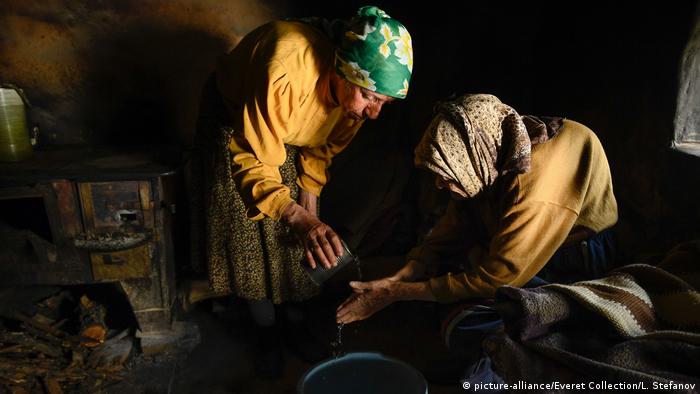 The documentary was shot in an area of North Macedonia that is almost uninhabitable and unknown to most people. "We first had to explore the area for ourselves to understand how people like Hatidza live there," says Tamara Kotevska, who directed the film together with Ljubomir Stefanov.

This country has so many unknown places and natural resources, says the director. She hopes to raise awareness of North Macedonia through the documentary.

"I travel a lot and no matter how far and how long I am away from home, the thought of returning is always there. I love traveling through Macedonia. It's so inspiring," she said.

The film not only shows the unexplored landscapes, but also the region's traditions, such as caring for elderly parents. One of the children always stays with the aging parents and takes care of them until the end.

Hatidze, whose brothers live far away from the house where she was born, looks after her mother. The relationship between the two is loving and touching. The death of her mother and her grief is one of the strongest moments in the film.

Honeyland is the second Oscar nomination for North Macedonia. The last nomination was in 1994 for director Milcho Manchevski with his film Before the Rain. Since then, the film industry in North Macedonia has been relatively quiet. 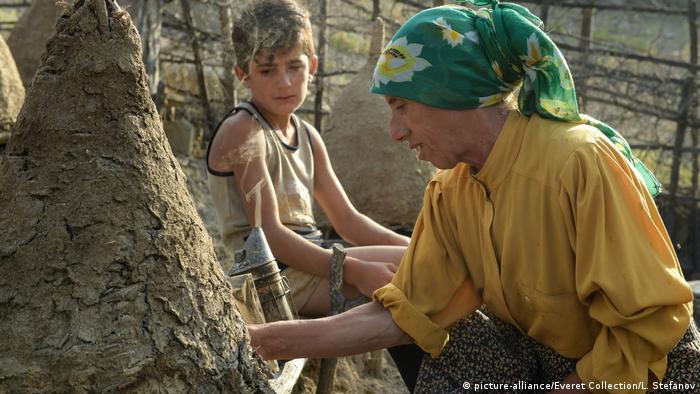 The filmmakers shot over 100 days in harsh conditions in a remote area of North Macedonia.

"Too much work, too much enthusiasm and rarely a success," says Tamara Kotevska. Her colleague and producer Atanas Georgiev puts it this way: "I've been making documentary films for over 20 years and I swore to myself that this would be my last. I thought that like the others before it, it would be good, but in the end it would be unsuccessful."

Documentary film production barely exists, he said. "Documentaries are not considered worthy of funding and are not a priority in an industry where everyone wants to make just feature films. But I hope that with Honeyland we have changed this way of thinking a little bit."

The two Oscar nominations for Honeyland already constitute a success, however. The pride is not only felt in North Macedonia but in the entire Balkan region. And no matter what happens at the Academy Awards ceremony on February 9, the film has already won the hearts of global audiences and critics, with Empire film magazine calling it "Stunningly beautiful and quietly powerful."

A Frankfurt exhibition is dedicated to the Austrian-Swiss actor and director Maximilian Schell, who was at home around the world. Originally cast in Nazi roles, the Oscar-winning star quickly broadened his repertoire. (10.12.2019)

From pioneer to laggard: Animated film in Germany

One century ago Germany was at the forefront of animated film technology. But the avant-garde soon gave way to Nazi-sponsored attempts to rival Disney that didn't pan out quite as planned. (31.01.2020)

Sam Mendes' World War I epic has won the awards for best film and best director from the British Academy of Film and Television Arts. The ceremony, a week ahead of the Oscars, was criticized for its lack of diversity. (02.02.2020)