A Swedish diplomat who assisted in saving several thousand Jews during the Holocaust has been given the distinction of becoming Australia's first honorary citizen. Many of the rescued Jews settled in Australia. 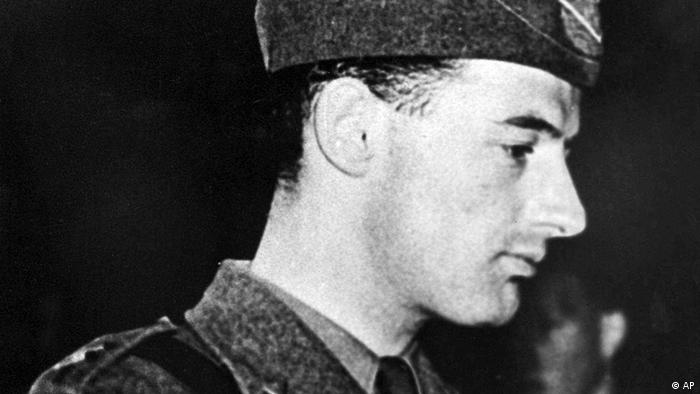 At a ceremony in Canberra on Monday, Australian Prime Minister Julia Gillard conferred her country's first title of honorary citizenship to Raoul Wallenberg (pictured above) for his efforts to save thousands of Hungarian Jews as World War II and the Holocaust came to an end in 1945.

"We are here today to celebrate something exceptional in the human spirit," Gillard said at a ceremony in Canberra. "As the last witnesses to the horrors of World War II leave us, it is vital, it is imperative to keep alive the memory and example of individuals like Raoul Wallenberg."

Wallenberg, a Swedish diplomat, was given a post in Budapest in 1944. Hungary was occupied by the Nazis at the time.

Using his status as a diplomat to create protective passports for thousands of Jews, Wallenberg is believed to have saved several thousand people from becoming victims to the Nazi regime. Six million Jews were killed in the concentration camps that were set up by Nazi Germany during World War II.

Many of the Hungarian Jews that Wallenberg saved ended up immigrating to Australia and becoming citizens themselves.

"Some of the individuals whose lives he redeemed became part of our first, great transforming wave of post-war immigration; among the first to pledge themselves to their new home after Australian nationality was formalized in 1949," Gillard said.

Wallenberg disappeared in January, 1945, when Soviet troops invaded Hungary. He is thought to have died in a Soviet prison in 1947.

In addition to his posthumous Australian citizenship, Wallenberg has been given similar honors in United States, Canada, Israel and Hungary.

The US's top army general has called for vigilance over how Moscow might respond to its military setback in Ukraine. Meanwhile, Zelenskyy said there will be no "lull" in retaking territory. DW rounds up the latest.

Australian artist Ella Dreyfus goes on a cinematic search for traces of her German-Jewish identity that were left behind when her father fled the Nazis as a child.

How football built bridges between Israel and Germany 19.10.2021