An 87-year-old German woman has been sentenced to 10 months in jail for denying the Holocaust. Ursula Haverbeck insists that Auschwitz was "not historically proven" to be a death camp. 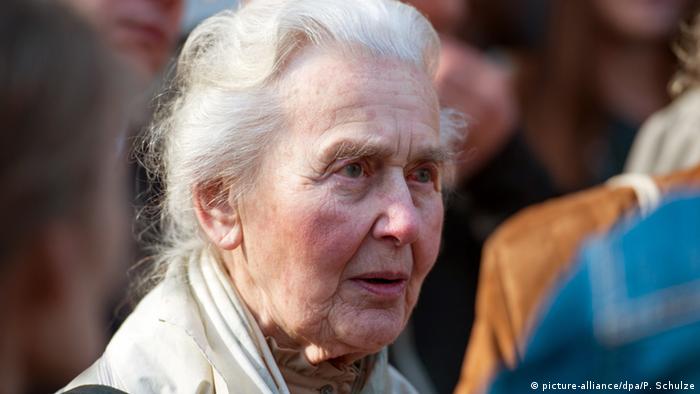 Dubbed by the German press as the "Nazi-Oma," meaning "Nazi grandma," Haverbeck told a Hamburg court that the concentration camp, where at least 1.25 million prisoners died between 1940 and 1945, was "only a belief."

The right-wing pensioner, who lives in the western German town of Vlotho, already had a criminal record, with two fines and a suspended sentence for sedition to her name.

She was also previously the chairwoman of a far-right training center, which was shut down in 2008 for spreading Nazi propaganda.

The notorious extremist was summoned to court, however, after declaring on television in April that "the Holocaust is the biggest and most sustainable lie in history." She made the comments while petitioning outside the trial of 94-year-old former SS guard Oskar Gröning.

Showing no remorse for her comment, Haverbeck cheerfully admitted to the court, "yes, I said that indeed," before challenging them to prove that Auschwitz was a death camp.

Ruling magistrate Bjoern Joensson responded, saying: "It is pointless holding a debate with someone who can't accept any facts."

"Neither do I have to prove to you that the world is round," he added.

On issuing his ruling on Thursday, Joensson said it was "deplorable that this woman, who is still so active given her age, uses her energy to spread such hair-raising nonsense."

Anti-far-right activists arrived in force to occupy most benches in the courtroom on Thursday, leaving Haverbeck's supporters outside, demanding to be let in.

The Holocaust denier was not alone in her cause, however, with a group of supporters gathering to applaud Haverbeck as she left.

"Of course" they won't accept this sentence," the German "Tageszeitung" newspaper quoted her as saying.