The German star composer has worked on over 150 films, from "Rainman" to "Batman v Superman," winning an Oscar for "The Lion King." In this DW interview, he explains how he got his start. 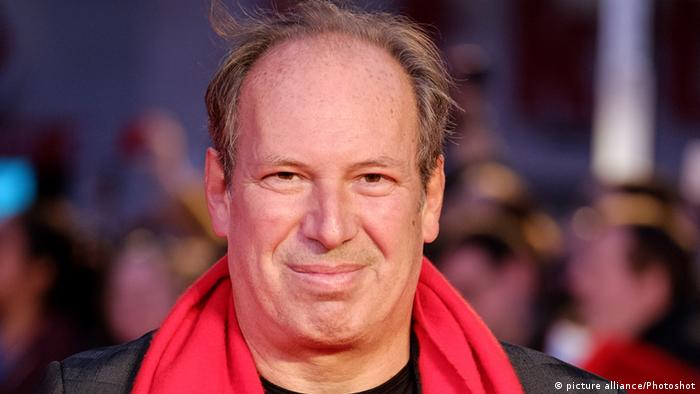 DW: When did you realize that you wanted to become a film composer?

Hans Zimmer: I snuck into a movie theater when I was 12; it was a film for adults, "Once Upon a Time in the West," with music by Ennio Morricone. I remember thinking, this is what I want to do!

I first played in a band and later met the film composer Stanley Myers. I was his assistant for a few years. He showed me how to work with an orchestra. I didn't have any formal training at the time.

You had learned music on your own until then?

I don't know when one starts being a musician. If ever you hear a musician say, "I started at the age of six," he's lying. We start out as musicians as soon as we hear music in our heads.

When I was about six, my mother asked me if I wanted to take piano lessons and I agreed, because I thought a piano teacher would help me bring the music I heard in my head to my fingers. I didn't know it would mean spending hours practicing and reading sheet music. It was a typically German, authoritarian approach.

To this day, when I see sheet music, it appears all blurry to me. It lasted exactly two weeks until my piano teacher told my mother, "Either I go or he does." Luckily, she made the right choice and kept me.

But then you met other people to learn from.

You always learn from other musicians. The most important thing for a musician is to learn to listen, and not learn how to play. Inspiration comes from other people. It's like a conversation taking place on a completely different level. 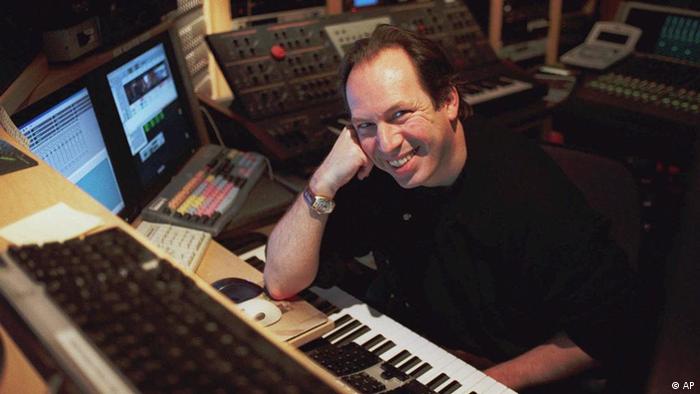 Zimmer, pictured in 2001 in his Santa Monica studio

Why do you find Italian composer Ennio Morricone so inspiring?

He can write melodies like no other. He is as good as Bach or Beethoven or Mozart. He invented a new language for Westerns, which includes charm and wit. He has turned his music into such a strong voice. His music not only supports a film, but lifts it up. He's now 87 years old and is still active.

You have also successfully uplifted over 100 films through different styles of music. You have composed soundtracks for action movies, dramas and animated films. Do these different genres stimulate your creativity?

I wrote the music for "Driving Miss Daisy" and "Black Rain" within the same month - and both soundtracks couldn't be stylistically more different. It would otherwise be boring.

I can't always repeat the same thing. After an action film, I need to jump on a comedy. After working on a big movie, I'll compose for a smaller one. I have always tried to invent new things.

What interests me the most is to use music to tell a story. That's why working in film suits me so well. I love what I do; I can spend my life doing something I really love.

Do you start working on a film when it's finished, or on the basis of a script?

It always starts out with a filmmaker who comes to me and wants to tell a story. If the story's good, I'll feel inspired by his third sentence. I'll always have an idea of how it could sound, and start wondering, will it be electronic music, or symphonic? Should we have a band?

Read more: No flutes allowed: Composer Ramin Djawadi on the music of 'Game of Thrones'

I also love to discuss with the cinematographer about the film's color scheme, for instance, even before the shoot starts. On "The Thin Red Line," we spent weeks discussing the color palette that the cinematographer, John Toll, would be using. Color and sound are the same to me.

I also talk to the actors about how they see their characters. The final goal is to express things with music that can't be expressed as elegantly through pictures or words on the screen.

You also use very different sounds, not only synthesizers and orchestras but also African instruments. How did that happen?

When I worked on "The Lion King" with Lebohang Morake, he was still a car washer when I met him. But someone had told me, "This guy can sing really well and comes from South Africa." He served as my tour guide through African music.

For the second film I did about Africa, I tried to record the music in the US. But that didn't work out well. I went to the producers at Warner Brothers and told them: "I've already spent all your money and it's still not working." Their reaction was, "Your problem is that you're not in Africa." That was a Thursday and the following Monday, I was in South Africa surrounded by a Zulu choir - and everything worked right away.

Everyone says bad things about Hollywood studios, but at least they have the courage to support you when something goes wrong.

"Rain Man" was a major breakthrough in your career. How did you land that job?

I had composed music for a small English film called "A World Apart." I love this movie, but no one has seen it, apart from my mother and the wife of Barry Levinson, who was the director of "Rain Man." His wife had loved the film and its music and had bought him the CD.

One day, he was standing at my door in London and introduced himself, "My name is Barry Levinson and I'm a film director." He asked me if I would be ready to write music for Hollywood. Of course I was. So I'm vey thankful Diana Levinson, his wife, bought him this soundtrack.

This interview was originally published on April 6, 2016.

Best known as the Beatles bassist, McCartney's long career has made him one of the most successful musicians and composers in the pop music industry. Here's a look at his many accomplishments. (16.06.2017)

A young Kenyan entrepreneur is offering solutions to the film and music industry by making customized equipment from scratch. Paul Kihuha can make anything and everything for film production using local scrap metal. The genius dropped out of school but was lucky to tap into creative training from his father who was a blacksmith.