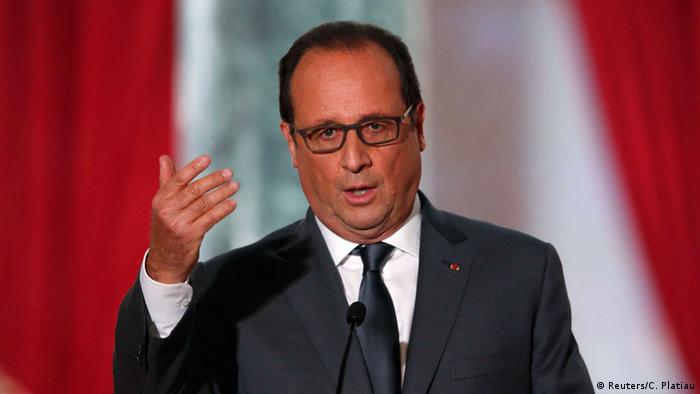 Hollande added that further airstrikes targeting the militant group "could take place in the coming weeks if necessary."

A statement from the French president's office early Sunday revealed the country's latest attacks in Syria, noting that the targets were identified by surveillance flights launched September 8.

"Our country remains committed to fighting the terrorist threat which is Daesh ["Islamic State"]. We will strike wherever our national security is at risk," the statement from the Elysee said, referring to the "Islamic State" by its Arabic acronym.

The statement from Hollande's office called for a "comprehensive response" to the chaos in Syria, stating that "civilian populations must be protected against all forms of violence, that of Daesh and other terrorist groups, but also against the murderous bombings of Bashar al-Assad," the Syrian president.

France and other Western countries, including the United States, have said that the war in Syria was instigated by Syrian President Bashar al-Assad, whose forces are fighting rebels and IS militants. More than 250,000 people have died in the four-year-long conflict, and millions have fled their homes to seek refuge in neighboring countries and in Europe.

The announcement follows international efforts to find a political solution to the crisis, with German Chancellor Angela Merkel stating on Thursday that an end to the Syrian conflict may require speaking with al-Assad and other regional actors.