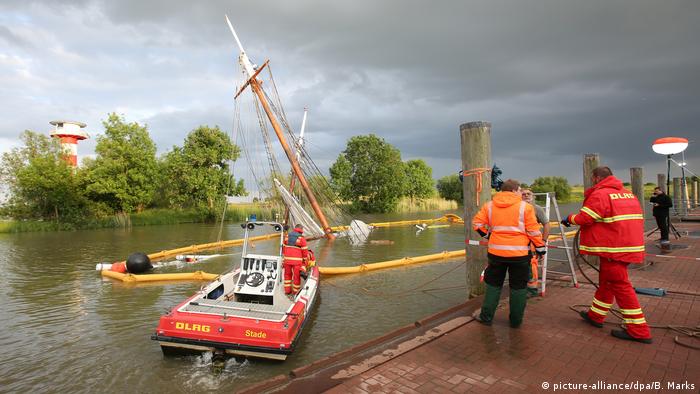 Hamburg's oldest operating seagoing vessel has sunk after colliding with a container ship in the Elbe River on Saturday.

There were 43 passengers on board when the 1883-built No. 5 Elbe collided with the 141-meter-long (462-foot) container ship Astrosprinter about 30 kilometers (18 miles) west of Hamburg.

The passengers were almost immediately rescued, thanks to a quick response from five rescue boats that were attending a minor accident just a few hundred meters away. At least five people were injured, one of them severely.

"It would have been fatal for the passengers if we hadn't been in the vicinity," operations director Wilfried Sprekels told local newspaper Hamburger Abendblatt.

However, the wooden gaff schooner suffered serious damage and sank, though rescuers were able to secure the wreck relatively close to the surface. The container ship continued its voyage, having suffered almost no damage. 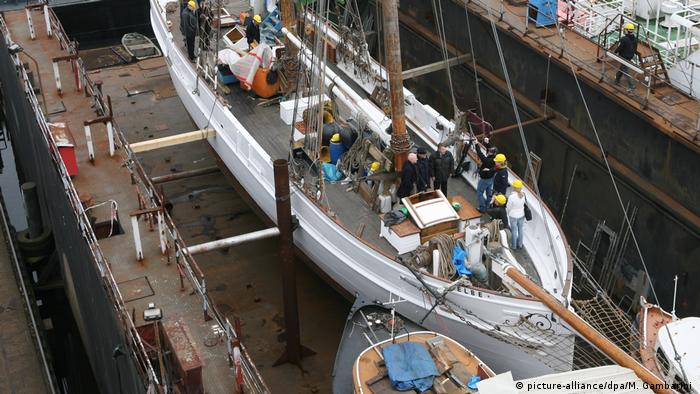 The historic 37-meter (121-foot) vessel had only just returned to Hamburg's waters after a complete overhaul. It had spent eight months in a Danish shipyard undergoing a €1.5-million ($1.7-million) renovation and was unveiled earlier this week.

The schooner was built in 1883 in Hamburg, and bought pilots to ships in the North Sea. It was decommissioned in the 1920s and sold to adventurer Warwick Tompkins in the United States. In 2002, the Hamburg Maritime Foundation bought the ship from an antique dealer for €800,000 and brought it back home.

It was Hamburg's last remaining ship from the wooden shipbuilding era.

Hamburg: An urban harbor for mega-ships

Hamburg: An urban harbor for mega-ships

A court in Budapest has ordered the captain of a Viking ship be formally arrested over a boat crash that left seven South Koreans dead. More than 20 people remain missing. (01.06.2019)

In recent weeks, cocaine was found stashed in a VW camper van as well as a dental floss shipment. Even Hamburg customs officials seemed impressed by the lengths the smugglers went to in order to hide their illicit cargo. (30.11.2018)

Three hundred ships, a huge fireworks display and a three-day party — every year over 1 million visitors flock to Hamburg's Hafengeburtstag. But what makes it so fascinating? DW reporter Evan Woodnorth went to find out. (13.05.2019)