The French government appropriated all church property in 1907 - including the cost of maintaining them. Increasing numbers of local authorities cannot or will not renovate their churches, as some face demolition. 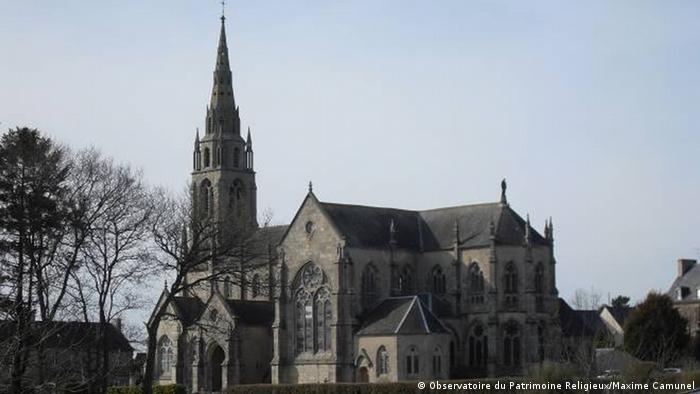 Lucy Patier shows me round Sainte Marguerite's church with the tenderness of someone showing you a family photo album. From the smile on the face of the statue of Saint Antoine to the plaque commemorating a Christian girl "martyr" killed during Robespierre's "Terreur" in 1793. She's been coming to pray and attend mass in this church since moving to the little village of Sainte Gemmes d'Andigné from the United States a few years ago.

"The cathedral in Austin, Texas where I'm from is from the same year - 1865," she says. "We're just finished renovating it and it's beautiful. It's amazing for me … here I am, sitting in this church from 1865 and here they want to tear it down!" 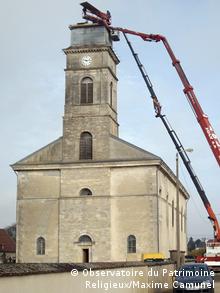 Across the street from the church in Sainte Gemmes town hall, deputy mayor Bénédicte Flamand confirms that this is indeed the municipal council's democratic decision.

"After long reflection and a study of the costs involved, the town council voted to keep the bell tower but demolish the main church and build a new church in its place," she said.

That, says the town hall, would cost a million euros ($1,210,000) less than carrying out a complete restoration of the church. "It is part of a larger renovation project," she said, "to bring back the soul to the village centre and make it evolve."

Madame Flamand shows me an architect's model of the new church. It is round, metallic and doesn't have any windows. Some have labelled it a "grain silo" but the deputy-mayor wonders "who is to say if it is more or less beautiful than the old church?"

The demolition is supposed to be taking place before the end of the year. Many people are up-in-arms about the town hall's plan. Some of them are among the two hundred or so who attend mass here each week. Benedicte de la Rousserie, for example. The church must be saved "for the landscape and for our faith," she says. "It's our history! If we don't see anymore this church we are not the same people. It misses something for us."

But not all agree.

The curate, Father Jean-Paul Avrillon, first and foremost. Who has been sympathetic towards the town hall's project since the outset. "I am not going to fight for stones," he said. "What matters to me is having a building where I can hold services." And there is only a little more sympathy for the plight of Sainte Marguerite's from the bishop.

"In French law, it's the local authority that has the final word," explained Bernard Hamon who heads a committee set up by the Bishop of Anjou to look into the viability of churches in the diocese.

"The bishop is attached to a general principle which is 'let's do all we can to save churches' but he also has to be realistic," Hamon said. "Local authority spending isn't limitless and the bishop can't ignore that side of things." Hamon's committee judged that Sainte Marguerite's was not an exceptional heritage site and accepted the town hall's decision. 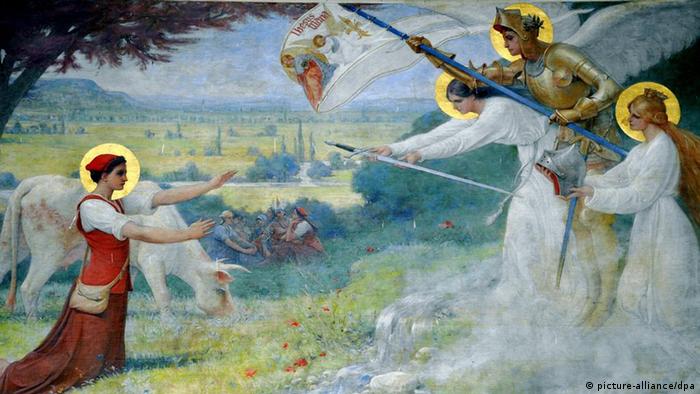 Cultural heritage: A depiction of Joan of Arc in the Basilique du Bois-Chenu in Domrémy-la-Pucelle

The reason the plight of French churches is out of the Church's hands is that, in 1907, the French government appropriated all church property - some 90,000 churches. Many Catholics at the time saw this as another anti-Catholic act of aggression by a godless republic. But it was a blessing in disguise. By expropriating the churches, the government saddled itself with the cost of maintaining them. Nowadays, however, increasing numbers of local authorities are deciding they cannot or will not renovate their churches.

A private charity called the Religious Heritage Observatory cites the example of France's richest city, Paris. The Paris city budget has doubled over the past 15 years to 7.9 billion euros ($9.55 million) it says. During this time the part of this budget allocated to church renovation has been cut from 100 million euros ($120.9 million) to 50 million euros ($60.47 million).

One direct result of this is the recent announcement that three Parisian churches will soon be knocked down. These include a neo-Gothic church called Sainte Rita's which, like at Sainte Marguerite's, holds well-attended services. This church is also famous for its annual pet blessing ceremony, where the faithful come to a special annual mass with a large variety of more-or-less domestic animals. 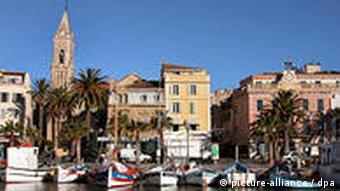 Bygone fixtures of the French landscape? The Church of St Nazaire on the Cote d'Azur

Hundreds of churches are now in peril in France according to the Religious Heritage Observatory. It estimates that in 20-30 years from now there will be between 5,000 and 10,000. But at Sainte Gemmes d'Andigné, the local people are not taking the decision of their local authority lying down. Round the village people have put protest signs up in their front gardens and an association has been formed to save the church, presided by Benoît Patier, Texan Lucy Patier's husband.

At a meeting in a sports hall, he announces to 250 people that they have asked for second opinions on the town hall's costs and the results are little short of a miracle. "We went to see three different architects to see if the town hall's numbers were the reality or not. The first architect - he's the architect of the 'monuments historiques' - said the reality of his number was half. Half!"

The other two architects agreed the Town Hall's renovation estimate was too high and the estimate for knocking down the old church and building a new one too low. Saving the church, says Patier, would actually be 600,000 euros cheaper ($726,000). He is confident that this argument will win through in the end and that Sainte Marguerite's will be saved. Many other churches, he says, won't be lucky enough to have the economic argument on their side.

In Strasbourg, Muslims are celebrating the inauguration of France's only municipal Muslim cemetery, which allows a new generation of Muslims to be buried in the country instead of opting for an overseas funeral. (08.02.2012)

Paris has introduced a ban on saying prayers in the street, a practice by French Muslims unable to find space in mosques. The government claims it is trying to protect French secular values. (17.09.2011)