In Strasbourg, Muslims are celebrating the inauguration of France's only municipal Muslim cemetery, which allows a new generation of Muslims to be buried in the country instead of opting for an overseas funeral. 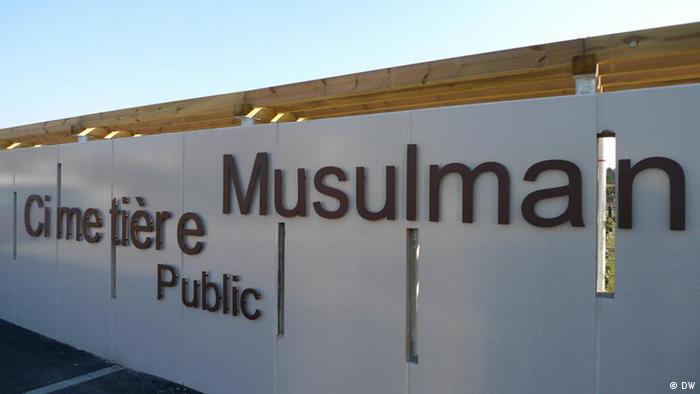 "It is extraordinary, it is really a historic moment," said Habiba Al-Aabqary from the Muslim organization Conseil Régional du Culte Musulman d'Alsace (CRCM Alsace) at the opening ceremony attended by Muslim leaders and local officials.

Al-Aabqary's round face, framed by a headscarf, beamed with joy despite the sub-zero temperatures and icy wind sweeping over the snow-covered cemetery. 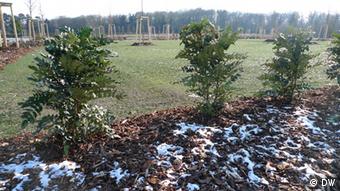 The cemetery has room for over 1,000 grave plots

"This has been a dream for Muslims for many years. We are really very proud and very happy as well."

With room for 1,000 tombs, the grassy cemetery in the south of Strasbourg spreads over 1.5 hectares (about as big as two soccer fields) and is lined by hedges and trees, although it will be some years before the saplings grow tall enough to cast their shade over groups of mourners.

Surrounded by a high wall with a magnificent cast iron gate, Strasbourg's new Muslim cemetery faces towards Mecca, the birthplace of the prophet Muhammad. It also has an outdoor covered prayer area and importantly, an ablution block where mourners can ritually wash before attending funeral services.

A French law calling for the separation of church and state means that in most of France publicly funded cemeteries can't be affiliated with any one religion; they have to be open to everyone.

But this law doesn't apply in the eastern Alsace region where Strasbourg is located because the province wasn't part of France in 1905 when the law was passed.

The only other Muslim cemeteries in France, located in Marseille and in Bobigny on the outskirts of Paris, were private rather than municipal initiatives. 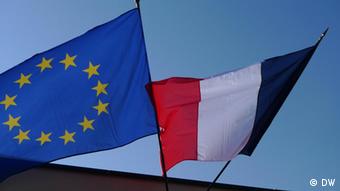 According to the president of CRCM Alsace, Erkin Açikel, the younger generation of Muslims often wants to be buried in France - much to the chagrin of their parents who prefer burial back home - and this is causing a run on Muslim cemetery places around the country.

Strasbourg, like other towns and cities in France, has several Muslim-only blocks within its public cemeteries, but these special sectors are bursting at the seams. CRCM Rhone-Alpes estimated in a study that France needed to increase the number of Muslim blocks by 300 percent to meet current demand. Five to six million Muslims live in France.

French-born Hamza Chargui, whose parents arrived in France from Morocco 35 years ago, is intent in putting down his roots in Strasbourg.

"I am planning on getting married here and (having) my children here, and so I hope that my children will be able to visit my grave," financial consultant Chargui said.

"I don't want them being forced in some way to go back to Morocco ... to visit me."

Alsace is one of the most conservative regions in France where the far-right National Front party regularly receives up to 30 percent of the vote. In 2010 the province saw a series of violent attacks against Muslims and Jews, and Muslim graves in the region are regularly desecrated with neo-Nazi slogans and graffiti. 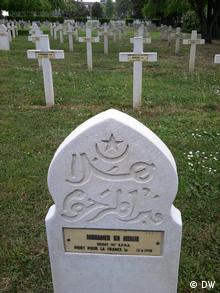 The French Muslim community is happy about the cemetery

However, the new left-dominated Strasbourg council, which began work in 2010, is making an effort to accommodate Muslim needs.

“If a religious community is to feel entirely at home in a city, it must be helped in building places for worship and for the burial of its believers," said Strasbourg mayor, Roland Ries.

With Europe's largest Muslim population, France has long had difficulty deciding on Islam's place within its culture. Now, however, it seems some regions are willing make Muslims feel like France is their home - forever.