Historian brings to light story of the dressmakers of Auschwitz

When she read about a 'tailoring studio' in Auschwitz, historian Lucy Adlington set out to find more about the death camp inmates employed as dressmakers. 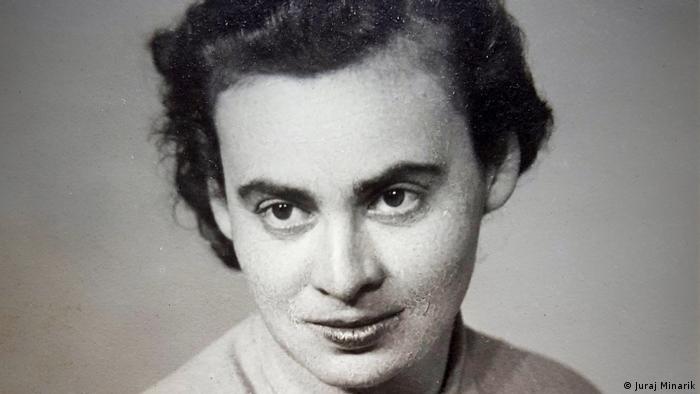 Marta Fuchs, the head seamstress at the "Obere Nähstube"

Speaking from London, Lucy Adlington describes how she was browsing through archive documents from the 1930s and 1940s to learn about what it was like for women during the war. "I came across a reference to a fashion salon in Auschwitz, but there was very little information," she said.

Adlington set out to look for clues to find out more about the former dressmakers. In the process, she discovered inspiring stories of resistance and survival. The author and historian's findings are now being published in a new book titled "The Dressmakers of Auschwitz," out on September 28.

In the late 1930s and early 1940s, Hedwig Höss, the wife of the Nazi commandant of the Auschwitz death camp, ran a fashion salon in Auschwitz that employed female prisoners. Known as the "Obere Nähstube," or "upper tailoring studio," the salon designed and tailored high-end outfits for the Nazi elite.

Historian Lucy Adlington calls it a "hideous anomaly" that stood in jarring contrast to the atrocities committed by the Nazis against the 1.3 million prisoners at the death camp.

The Nazis had always understood the power of clothing, from uniforms to high fashion, notes Adlington. Magda Goebbels, the wife of Hitler's propaganda minister Joseph Goebbels, did not shy away from wearing Jewish creations.

"What a complete disconnect. You are dressed in filthy rags and these SS wives are coming in saying, ‘Darling, make me a new gown,'" Adlington told DW. 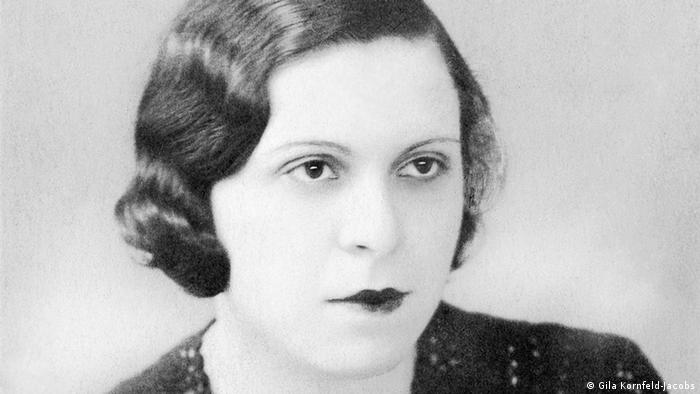 Hunya Volkmann, a seamstress at Auschwitz who survived and later settled in Berlin

Initially, the historian only had a list of first names of the seamstresses: Irene, Renee, Bracha, Hunya, Mimi, and so on. Trying to find women's first and last names in records is tricky, she explained.

Many women went by nicknames, or changed their names when they later married. Some Jewish women also adopted Hebrew names after the war.

In 2017, Adlington reimagined these women in a young adult novel titled "The Red Ribbon" (published in German in July 2021 as "Das Rote Band der Hoffnung").

Her fictional account of the dressmakers tells the story of four young women, Rose, Ella, Marta and Carla, who stitch clothes at the dress shop at the Auschwitz-Birkenau concentration camp as a means of survival in a hostile environment.

"I didn't have enough information, so I imagined what would it be like to be a young woman sewing in Auschwitz for the commandant's wife," the author recounted. "And when this novel came out, people started getting in touch with me to say, 'Well, actually, that was my aunt, that was my mother, that was my grandmother.'"

Adlington soon had a "strong sense that history is not buried; it's people's lives," she said.

The researcher began to reach out to families of the Auschwitz dressmakers and in 2019 she met a surviving seamstress in San Francisco, Bracha Kohut, who was 98.

"That was an amazing connection," she said. "And I'm looking at her thinking, this is the same woman whose experiences I've been reading about. Here she is. I'm trying to understand how she, at such a young age, could endure that trauma." 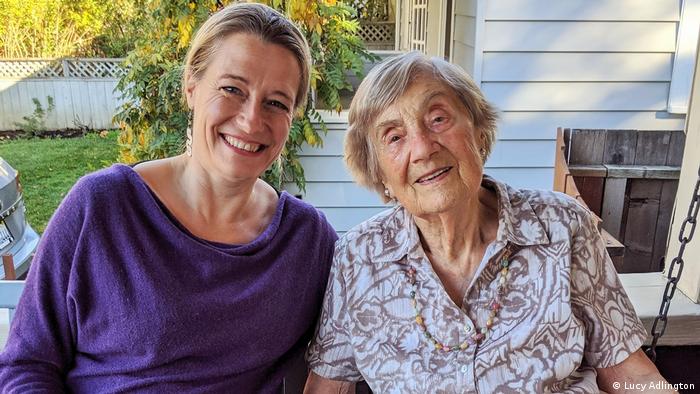 For many prisoners, working at the tailoring studio was a way to survive. The head seamstress was a woman named Marta who deliberately created the fashion salon as a haven.

"She wanted to save as many women as she could. So yes, they had clean clothes. They had the opportunity to wash. And as one woman said, they had meaningful work," said Adlington.

"So instead of being treated worse than animals … as slaves who were traumatized building the gas chambers that would murder them and their families, they actually had something beautiful to do. I think that must have been incredible for their self-esteem."

But women at the tailoring studio weren't just making beautiful dresses and biding their time. Many secretly helped underground resistance movements by using their relatively privileged positions to communicate with people outside the camp.

"They collected medicines and distributed them. They stole whatever they could … and I think most one of the most important thing is that they kept up morale," the author said.

"They were able to access newspapers and secretly listen to radios so that they could say, 'look, the allies have invaded France. D-Day has happened, hang in there."

Head seamstress Marta was also preparing to escape Auschwitz to tell the outside world about the atrocities of the Nazis, Adlington added.

While Adlington was able to speak to Bracha Kuhot and the other dressmakers' families for her book, she hasn't been able to find traces of the outfits that were tailored by these women. 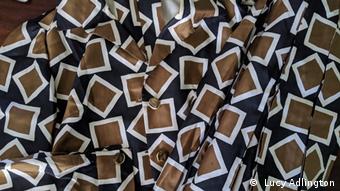 The silk suit made by Hunya Volkmann for her niece

"To my knowledge, no clothes are known to have survived from this fashion salon. There was an order book in the salon that one witness says had the names of the highest Nazis in Berlin in it, so customers from Berlin were ordering their clothes from Auschwitz. But the orders had not survived," the author told DW.

However, Adlington, a collector of vintage clothes herself, said one of the dressmakers who survived Auschwitz later stitched a silk suit for her niece.

"Her niece sent me the suit. So I have a suit made by one of the dressmakers, and it makes me cry whenever I see it. It's so beautiful to think of what she had to do in the camps to survive — this woman named Hunya," said Adlington, who reiterated that their work was essentially slave labor.

"But this suit that she made for her niece was sewn with love."

How Nazi-era artists adapted to the postwar period

A new historical exhibition in Berlin explores the postwar career of the artists listed as crucial to Nazi culture.

Berlin: Back to the Diaspora

The Nazis made extensive use of propaganda to cement their reign of terror. An illustrated book looks at the psychological manipulation behind Nazi poster art.