2021 MOTL commemorates Holocaust virtually and globally | World | Breaking news and perspectives from around the globe | DW | 07.04.2021

While COVID has forced this year's March of the Living to take place online, it hasn't stopped the Holocaust commemoration — and it has even given the annual event a special focus. 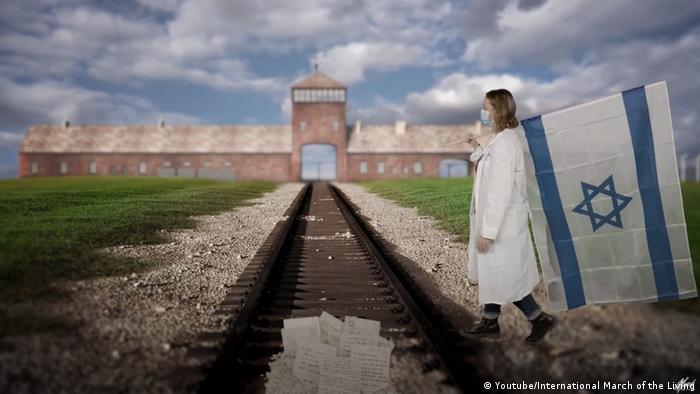 The Panamanian high school Jewish history teacher Stephanie Manopla coordinates a yearlong Holocaust education course at her school. It culminates with around 60 of her older students traveling to Poland for the March of the Living (MOTL), an annual 3-kilometer walk from Auschwitz to Birkenau, the Nazi concentration and extermination camps.

Manopla, whose relatives left Poland, Romania, and Germany during the Nazi-era, has not yet been able to participate in person. But this year, she joined the march on Thursday from her home in Panama.

For the second year running, the 2021 MOTL is taking place virtually due to COVID. The event, ongoing since 1988, always coincides with Yom HaShoah, Israel's Holocaust Remembrance Day. It remembers Holocaust victims, including the six million murdered Jews, and honors the survivors with the aim of fighting indifference, racism, and injustice.

This year's event also honored medical personnel — those who risked their lives to save persecuted individuals during the Holocaust and those delivering care on the frontlines of the current coronavirus pandemic.

Israeli President Reuven Rivlin delivered prerecorded remarks during the virtual march and during the post-march ceremony, when remembrance torches were lit.

"This year, we are unable to physically march along the cursed rail track between Auschwitz and Birkenau. But we are not exempt from our duties to remember and recall the Holocaust. As the number of dear Holocaust survivors dies, the task at hand is doubly hard and important," Rivlin said. "Technology makes it possible for each and every one of us to participate in the March of the Living without leaving our homes. ... We must harness all the tools at our disposal to fight racism, anti-Semitism, the attempt to forget and the denial."

Other march attendees included Nachman Ash, Israel's coronavirus czar and a second-generation descendant of doctors who survived the Holocaust, and Albert Bourla, Pfizer CEO and the son of Holocaust survivors, who told his family's story during the event.

Anthony Fauci, the leading medical figure in the US COVID fight, also joined the march. On Wednesday evening, MOTL had honored him for his moral courage in medicine at a special educational symposium on medicine and morality.

While last year's in-person march had to be canceled at the last minute, MOTL was able to prepare for this year's digital event. However, it's still been emotionally challenging for organizers to once again forgo being on-site.

"I think that we believe in large measure that on some kind of spiritual level we bring life to Auschwitz on Yom HaShoah," Phyllis Greenberg Heideman, MOTL president, told DW. "It's been sad and lonely, but it has given rise to our understanding of the need to adapt to these new norms in which we're all living." 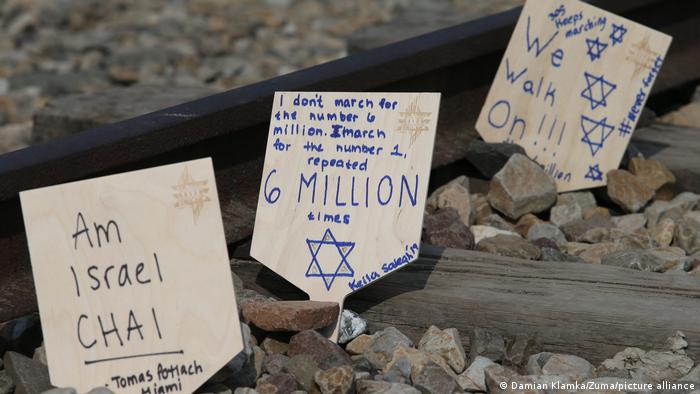 In normal years, marchers place handwritten plaques on the railroad tracks at the Auschwitz camp complex

The virtual march was created by individually filming the featured participants against a green screen in locations around the world and then combining those recordings with a digitized backdrop of Auschwitz and Birkenau. The global public was also able to personalize plaques that were placed on the digitized train tracks in front of Auschwitz-Birkenau, an online rendering of the annual on-site commemoration.

Manopla and around 30 of her students submitted messages. The teacher hopes that many people will participate in the online event. "Maybe digital will prove a better way," she said, referring to reaching students. "We can't know this now. Maybe in a few years, some students will run into me and tell me they remember observing Yom HaShoah via Zoom."

While the total number of march attendees will not be known until later, Greenberg Heideman said tens of thousands of people from all over the world had signed up in advance.

"[Digital technology] has provided us a platform to reach so many more people, people who cannot, do not leave their homes and travel with us to Poland for many reasons," she said. 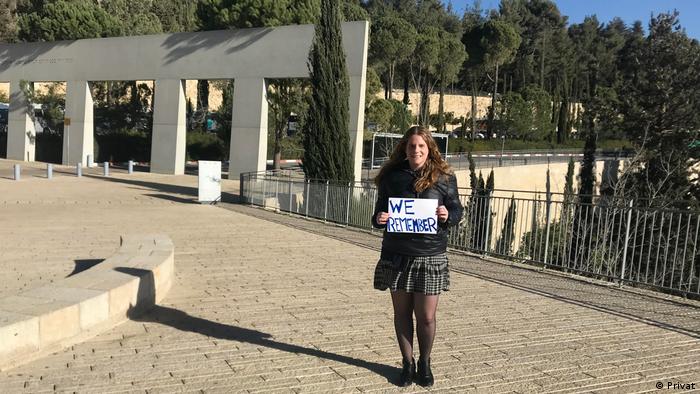 Manopla volunteers at Yad Vashem, the World Holocaust Remembrance Center, in Jerusalem, Israel every year (above) and regularly at the Yad Vashem Panama organization, which teaches the course at her school

A lesser-known aspect of the Holocaust

In addition to tapping into MOTL's extensive global network of alumni and follower communities, the organization has also reached out to medical students, schools, and hospitals, involving them in an event that pays tribute to their present life-saving service in the COVID pandemic.

The special medical focus also highlights a lesser-known aspect of the Holocaust.

"The general knowledge of medicine in the Holocaust [is that it] was used for destruction, for medical experiments," MOTL President Phyllis Greenberg Heideman told DW, pointing to the notorious Nazi doctor Josef Mengele as an example.

However, medicine was not only "a weapon of destruction" but also "a tool of life-saving," she explained. "During the Holocaust, there were those doctors, paramedics, technicians … who risked their own personal safety to deliver medical care in the concentration camps and the death camps." Some of the attending Holocaust survivors will share stories of how they were aided by medical workers.

Greenberg Heideman draws an arc between those medical professionals and the ones fighting COVID today. "The doctors, the nurses who go every day to the hospitals to render health care to patients are also risking their own health. They may not be risking their own death at the hands of the Nazis, but they are definitely putting themselves in harm's way," she said. 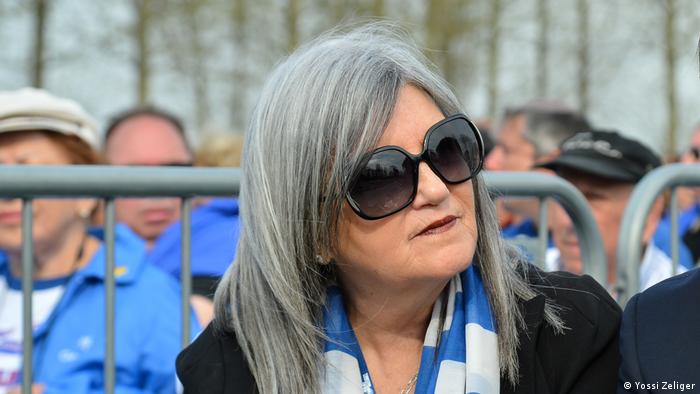 The MOTL is already planning for next year's march. It's hoping for a physical event but also preparing for a digital one.

"We're praying for the world, for the peoples of the world, that we're freer of this pandemic, such that we're able to board aircraft, land in Poland, and do what we've been doing for over three decades," Greenberg Heideman said.

Manopla plans to make every effort to go to Poland for MOTL in the future. "I would like Poland and Auschwitz to be the first things that open after COVID because I feel that years are being missed out on," she said, referring to the dwindling number of Holocaust survivors. "In a few years, they won't be there anymore."

Still, Manopla is adamant that not being able to be physically present is no reason not to engage with MOTL and Holocaust education more broadly: "They're always ways to support and learn digitally, even though you can't go to the program."