That's also the name of a digital platform commemorating German-Jewish personalities who contributed to German society before the Nazi takeover. Many of them have already been largely forgotten. For the anniversary year "1,700 years of Jewish life in Germany," different museums and cultural institutions are therefore working towards reviving their memory.

One pillar among these personalities is Moses Mendelssohn, the groundbreaking German-Jewish philosopher of the Enlightenment.

One of Mendelssohn's descendants, Julius H. Schoeps, is dedicated to the preservation of the German-Jewish cultural legacy. Born in Sweden in 1942, the historian and political scientist is the founding director of the Moses Mendelssohn Center for European-Jewish Studies at the University of Potsdam and chairman of the board of the Moses Mendelssohn Foundation. He discussed with DW how this legacy can be commemorated. 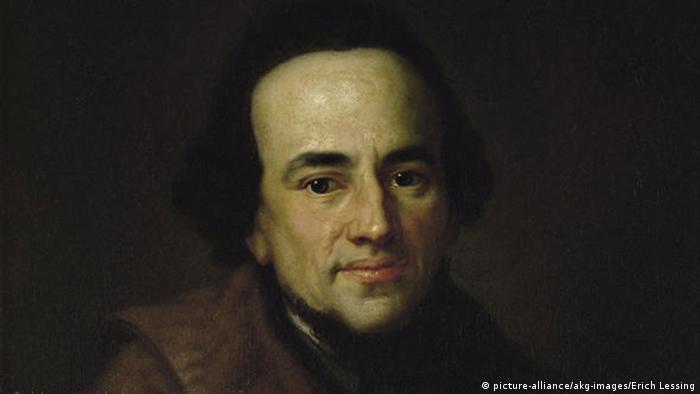 DW: The "tsurikrufn.de" digital remembrance project presents Jewish personalities — musicians, journalists, doctors, filmmakers, lawyers — who shaped Germany until 1933. How do you rate such a project?

Julius H. Schoeps: I think very highly of projects that try to grasp the history of German-Jewish relations in a more concrete way, be it an exhibition, books, or a digital project.

You are committed to preserving the German-Jewish heritage. What characterized German Jews?

Yes, that is the question that one needs to look into. Who were the German Jews? I always argue that German Jews were an integral part of German culture, in any case until 1933, including literature, music, politics and social issues — it is important to realize that.

What characterized these people?

It's a very difficult question. What distinguishes a German Jew from a non-Jewish German? As a rule, there are hardly any differences. The German Jews dressed the same as the Germans, they thought the same, felt the same. They spoke German. It is absolutely necessary to convey that. The Jews were not foreign bodies, at most among nationalists. And this is the issue at stake here.

Did the educated German Jews you describe refer to the philosopher Moses Mendelssohn, who held the view that it is part of enlightened Judaism to engage with contemporary culture?

Moses Mendelssohn is considered as the father of German Judaism. From the late 18th century onwards, a process of integration and emancipation began that had a major impact on the Jewish population in the 19th century.

I have always been very interested in the question of democratic movements in the 19th century, in which Jews played a significant role. That continued until antisemitism arose at the end of the 1870s, racial antisemitism. That is when the disaster began. 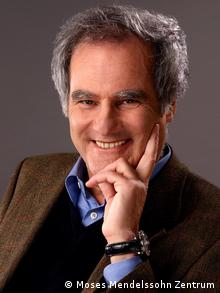 Are we talking about a small, educated elite? What were German Jews interested in? Which authors did they read?

The German Jews were very assimilated. They admired Friedrich Schiller, they admired Goethe, and they read Heinrich Heine and Ludwig Börne. There was actually not much difference between them and the non-Jewish population. The educated middle class was strongly influenced by Jewish thinking and feeling.

What was Jewish thinking and feeling?

It professed to Germany, but at the same time always worked along lines of democratic developments and liberal progress. Of course, there were conservatives, too, Jews who opted for the conservative parties. But that was the minority.

So I would say that German Jews were to the left of center. It was an integration process that was specifically German, and did not exist in that manner in other countries — also due to the language, the fact that Yiddish was not so far removed from standard German. I think that plays a very important role.

Some German Jews even dropped their Jewish names in the course of this adaptation process because they felt so rooted in Germany.

It was very typical, for example, for Jews to take the name Lessing. Perhaps their name used to be Lesser, then they called themselves Lessing out of admiration for Gotthold Ephraim Lessing. I once found a gravestone in a Jewish cemetery in Berlin with the last name Deutsch. That shows the deep roots Jews had in German culture and language.

German Jews held salons in Berlin. Rahel Varnhagen's salon was famous, and attracted many educated Christian citizens. How long did such meeting places exist? And what was specific about them?

They began at the end of the 18th century and continued until the mid-19th century. The salons were meeting places for Jewish intellectuals, artists, painters, musicians and non-Jews. The salons triggered momentum, including, and that is quite interesting, the women's movement, which was strongly influenced by Jewish women in the 19th century. Today, hardly anyone is aware of these developments.

Since the early Middle Ages, the Jews have been portrayed as profiteers. In the 19th century, they were the industrialists, capitalists and bankers. The images are always the same, but take the shape of the particular century.

How is the self-image of the Jews who used to live in Germany different from today?

1933-1945 was a break. German Judaism effectively ceased to exist in the Nazi era, with the organized mass murder. Most of the Jews living in Germany today come from Eastern Europe, the former Soviet Union, Poland and Romania. Their cultural traditions are quite different from those of German Jews before 1933, but that does not mean that there will not be a new common German Jewish culture at some point. It would be completely different from what we knew before 1933.

That is the real problem: There is no German Jewish community that could take on this heritage. That is why I argue it is the task of non-Jews to take on the heritage, and why I welcome the fact that the German government wants to save the Jeckes Museum in Israel — the collection is to go to the University of Haifa. Caring for this cultural heritage is up to the non-Jews.

Does the Jewish Museum in Berlin have the task of preserving the German-Jewish heritage?

This interview has been translated from German.