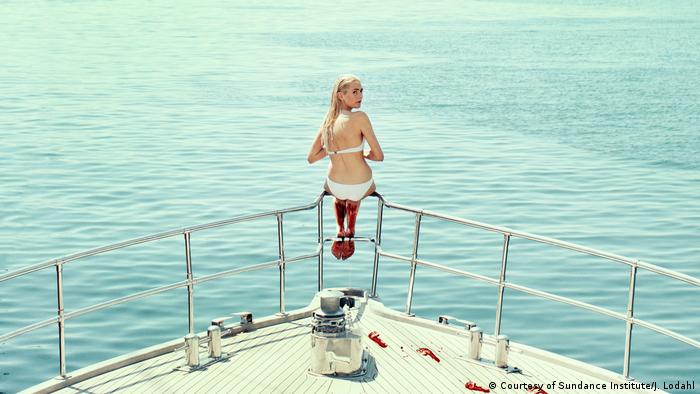 A still from "Holiday," by Isabella Eklöf

The Sundance Film Festival in Utah, held this year from January 18 to January 28, is renowned for offering a platform for "bold, independent storytelling," as the Sundance Institute writes on its website.

This year, Germany also boasts a selection of works selected by the largest independent film festival in the US. German Films, the advisory center for the promotion of the country's films worldwide, lists eight German-funded films showing at the 2018 Sundance Film Festival. Very recently, Fatih Akin's Golden Globe-winning and Oscar-nominated film, "In the Fade," put a fresh spotlight on German cinema; now lesser-known directors are set to premiere their works at the career-launching festival.

Cleaning out the internet

"The Cleaners" by directors Moritz Riesewieck and Hans Block is in the running in the World Cinema Documentary section. It's a film about people with the unusual job of scouring the Internet for pornographic content and content that glorifies violence – and deleting it. The documentary should interest Germans following the debate surrounding a new law that imposes fines on social networks if they don't delete illegal content. 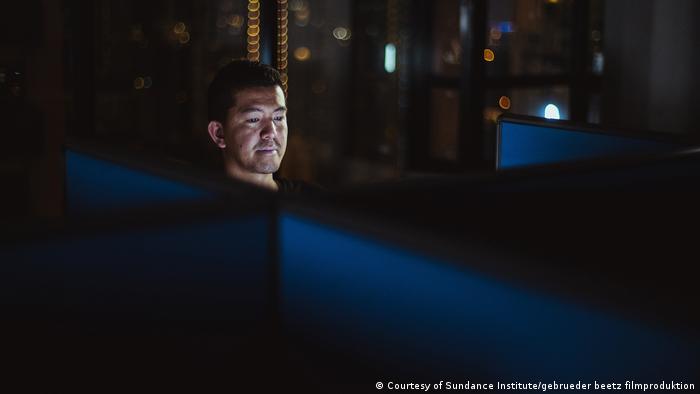 "The Cleaners": Sifting through the shadowy underbelly of the internet

Syrian-born Talal Derki, a director who lives in Berlin, is also set to present his work, "Of Fathers and Sons" in the documentary section. The film offers a rare glimpse into the life of an Islamist fighter's family in Syria. Derki returned to his native country to make the documentary.

A third German co-production in the documentary category, Bernadette Tuza-Ritter's "A Woman Captured," takes a look at a shocking chapter of modern slavery, presenting a portrait of a woman exploited for years without pay.

The German-US co-production "The Tale" by director Jennifer Fox is in the running in the "US Dramatic Competition" category. It's a mother-daughter story featuring Laura Dern and Oscar-winning actress Ellen Burstyn.

"The Tale" is in competition with Ethan Hawke's film, "Blaze." Hawke is director and leading actor in the biographical drama about the life of Michael David Fuller, the American country singer better known under the stage name Blaze Foley, who was murdered in 1989.

Awards are handed out in two other categories at the Sundance festival: "US Documentary Competition" and "World Cinema Dramatic Competition."

Idris Elba's "Yardie" is competing in the latter category, yet another film directed by an internationally renowned actor. "Yardie" is the British actor's directorial debut. The film about crime and drugs plays in Jamaica and Britain.

It is competing with, among other entries, "Holiday" (top picture). The Scandinavian-Dutch co-production directed by Isabella Eklöf is a gangster tale set in Turkey. 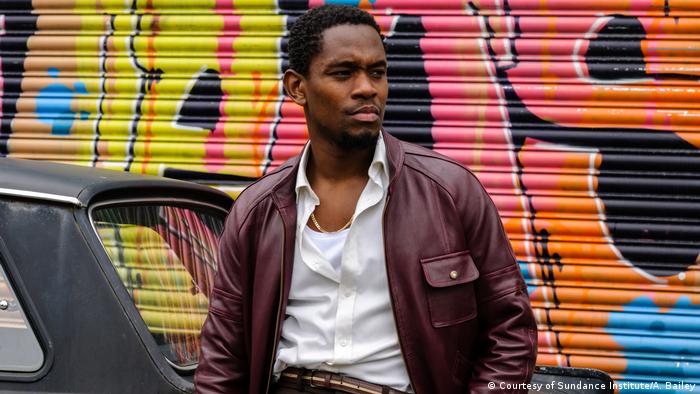 Now in its 34th edition, about 120 films will be showing at the Sundance Film Festival, in addition to numerous documentaries in 15 categories and about 70 short films.

Held annually in Utah's Park City and Salt Lake City, the famous festival began in 1978 as the Utah/US Film Festival with the aim of making Utah more popular as a film location. In 1981, Hollywood star Robert Redford took over, which gave it a huge amount of publicity.

Redford, a big name in the US movie industry in the 1980s, concentrated on independent films rather than Hollywood productions – a concept that has made the festival very popular.

Many women arrived on the red carpet dressed in black to show solidarity with victims of sexual abuse and harassment. In the awards, German director Fatih Akin's "In the Fade" was named best foreign language film. (08.01.2018)

Al Gore's latest environmental film premieres at the Sundance Festival one day before climate change-denier Donald Trump is sworn in. For the first time, the festival is highlighting a single theme: the climate. (19.01.2017)