Here′s why Silicon Valley is in California, not in Germany | Business| Economy and finance news from a German perspective | DW | 12.08.2019

Here's why Silicon Valley is in California, not in Germany

The future is being invented in California, not in Germany. An entrepreneur and a VC who work in both places say the reasons for this are deep-rooted and will be very difficult to overcome — but things are improving. 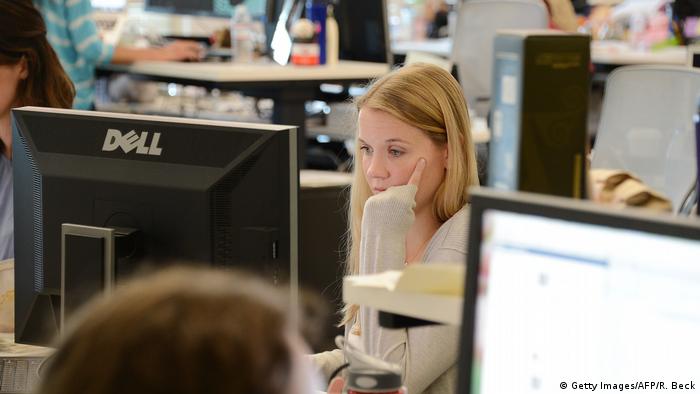 There are several good reasons why the venture-capital-funded entrepreneurial business world remains much smaller in Germany than in California, and why so many talented Germans move to the US, DW learned through separate interviews with Matthias Ockenfels, 34, a Berlin-based venture capitalist (VC) who has previously worked in California, and Pascal Zuta, a serial entrepreneur who now lives in San Francisco, but previously spent many years building businesses in Berlin.

According to Zuta, one reason why California continues to draw talent out of Germany is the contrast between Germany's sometimes overcritical culture, with its fear and condemnation of failure.

This compares unfavorably with California's inspiring can-do optimism and "fail early, fail often, keep trying until you succeed" mantra. Additional reasons are the much higher salaries paid to engineers and programmer in California, the sunnier, warmer weather, and California's huge head start in building a startup-friendly business ecosystem.

A key component of that ecosystem, Zuta told DW, is California's much larger and deeper pool of experienced business angels.

In business jargon, an angel is an early-stage investor who isn't a professional VC, but who is a mentor and source of early funding for a team of founders starting a new business.

"If there's one thing Germany needs more than anything else to grow its startup scene," according to Pascal Zuta, "it's a larger base of experienced angels who have themselves successfully grown businesses and achieved exits."

In VC jargon, "exit" is jargon for the sale of a business, when money is returned to equity holders, including the angels and VCs who funded it, as well as the founders.

"You build a house from the foundation up," Zuta said. "First you need a good layer of business angels, successful entrepreneurs whose risk tolerance is high and who are willing to work closely with startup entrepreneurs, supplying them with advice and guidance, not just money. A good angel can prevent a young entrepreneur from making rookie mistakes that can sink a business… Angels and founders, taken together, are the base of the startup ecosystem."

Zuta, 41, is himself an angel, and a serial entrepreneur with several successful exits to his credit in businesses ranging from film production to e-commerce, video games and a medical appointment booking website. He is currently the co-founder and CEO of Gyant, a San Francisco-based company that uses artificial intelligence (AI) to improve asynchronous communications between patients and hospitals through telemedicine, i.e. communications before and after in-person appointments.

To get US money, move to the US

Matthias Ockenfels, 34, is a partner at Speedinvest, a venture capital fund based in Vienna, with offices in several European cities as well as San Francisco. Ockenfels is in charge of the Berlin office. Speedinvest invests mostly in Europe, but often helps European companies expand to the US market.

"That sometimes means moving a startup's headquarters from Europe to the US," Ockenfels said. "A lot of clients and follow-on investors are based in the US. It's easier to get American clients and investors if you physically move there." 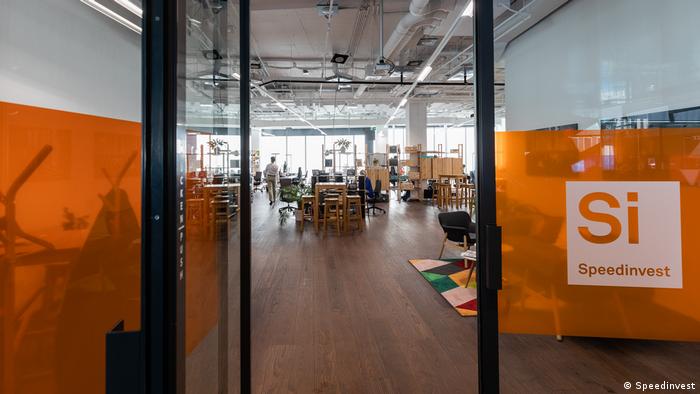 Most of Speedinvest's activities are focused on Europe, but the company also helps European firms expand to the US market

Ockenfels said that Europe offers a lot of engineering and programming talent, and it's cheaper to hire people in Europe than in California, so companies founded by Europeans sometimes continued to get some of their engineering done in Europe even after the founders have moved the company's headquarters to the US.

The reasons why it's easier for entrepreneurs to find money in California isn't that the VCs there are soft touches, Pascal Zuta said, but rather that there are so many VCs and business angels in California that if an entrepreneur is persistent enough, he has a decent chance of getting funded sooner or later.

Ockenfels emphasized that VCs are not the only source of funds for startups. "Some people bootstrap or tap other sources of financing, like banks, family and friends, customers," Ockenfels told DW.

"Often the best way is to grow from revenues. Sometimes companies can grow more slowly but more sustainably that way… We see over 5,000 opportunities per year at Speedinvest, and we invest in maybe 25 per year, over all our funds and operations. It's a really, really small ratio. Many of the opportunities we don't invest in may well be useful technologies, but they're not a VC investment case."

"In the USA, people in general have a much more positive attitude toward entrepreneurial projects," Zuta said. "But that's not true of VCs. American VCs aren't any less critical of startup entrepreneurs or their ideas than are German VCs. Nor are they more generous in the terms they offer. In both places, entrepreneurs can count on having to give up 15% to 20% of the company's equity at every financing round."

There are additional reasons why startup entrepreneurs from Germany end up going to the US. For one thing, the North American market is huge and unified, whereas European markets remain fragmented by culture and language, and if a company wants to get established in the US, "the founders have to go there," Zuta said, confirming a point Ockenfels had made in a separate conversation. "American VCs won't fund a company unless its headquarters is based nearby. If you want Californian money, you have to be in California."

Another reason California attracts German talent — not just entrepreneurs, but also thousands of engineers and programmers, of whom there are an estimated 60,000 in California — is that "salaries are nearly three times as high," Zuta said. "The cost of living is three times as high too, but the bottom line is that you can save up more money. And meanwhile, the weather is better and the people are friendlier."

Although Frankfurt is Germany's banking capital, Zuta, who grew up in Frankfurt, said that in Germany, Berlin is unequivocally the place to be for VCs and startup entrepreneurs: "This is where the ecosystem is. There's no point in trying to spread it around by having several nodes in different cities," he said.

"We need to build critical mass in one city, and that city is Berlin. It's built a global reputation as a cool, hip, affordable city with a lively startup scene. We should double down on that."

Abuse towards women is rife in Silicon Valley's macho culture. Meanwhile just 7 per cent of cash goes directly towards women-led startups based in the main US IT hub. So, why aren't women a larger driving force in Tech? (05.07.2017)