Help is only an SMS away for East Timor moms

The mountainous landscape of East Timor makes it difficult for pregnant women to reach health services. A new initiative called Liga Inan is connecting mothers and midwives through mobile phones. 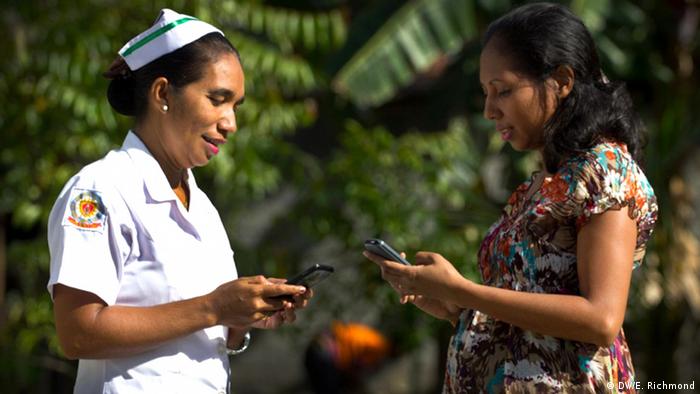 Touring the Prince of Monaco maternity house in rural Same, one of the first things you notice is the absence of electronic instruments. There are no computers, EKG monitors or air conditioning units.

But then comes the sound that has become synonymous with modern technology, the beeping of a mobile phone, in this case a brand new touch-screen model.

The SMS message is for Mana Justa, a midwife with 20 years experience.

"One patient, she wants to deliver now," Justa explains.

She calls out the details to her colleagues, who then reference the woman's name and identification number against their records.

In a few moments, the entire team is up to speed on the woman's history. The clinic staff can ring the expectant mother back on her mobile phone and together work out a transportation plan to get her into the facilities.

Until this year, the woman would have been more or less on her own.

East Timor has been working to improve its health systems since gaining independence from Indonesia in 2002.

Only 48 percent of births were assisted by a skilled attendant and 32 percent occurred within health facilities, although most pregnant women - 93 percent - attended at least one post-natal care visit. Women have, on average, six children each. 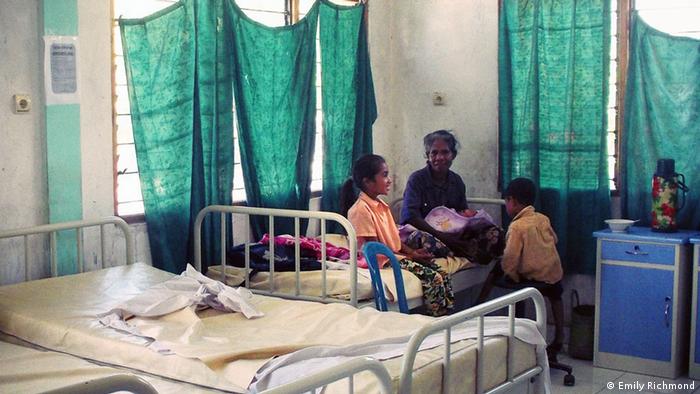 However, while many women live far from health clinics, 69 percent of them own mobile phones. About 77 percent of those send at least one SMS per day and almost all of them have signal coverage in their homes, or within a five minute walk.

The Liga Inan, or Mobile Moms, program aims to use that technology to connect the expectant mothers with health providers to improve the likelihood of a healthy pregnancy and birth.

The program is funded by USAID and implemented by the non-governmental organization Health Alliance International and software firm Catalpa International, in partnership with East Timor's ministry of health.

Pregnant women in the Manufahi district, the first to launch Liga Inan's mobile service, are enrolled at their first pre-natal visit. From then, they receive text messages twice a week with advice relevant to each stage of their pregnancy, such as reminders take iron pills.

The midwives taking part can also send messages to select groups of their patients, for example to inform them of an upcoming vaccination day in their local village. It's the sort of information the expectant mothers would be getting if they were face-to-face with a health professional. The aim is to keep them engaged with their progress and alert to problems they should be looking out for.

The communication goes both ways - woman can, for free, send an SMS message asking for help and within minutes, her midwife will ring her back. 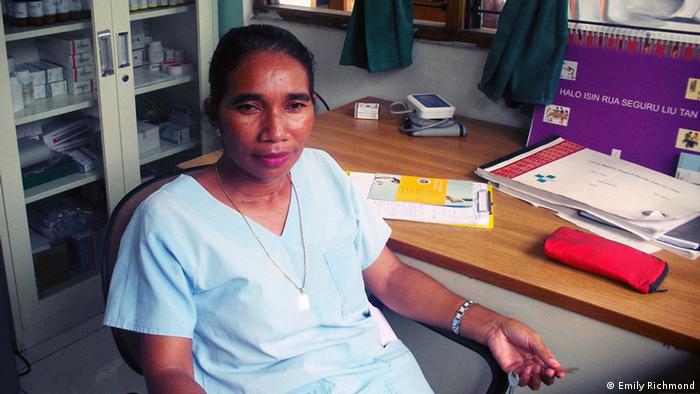 One example is Henera Monica Da Costa, a 19-year-old who just had her first child. Two days before the birth, she was suffering from coughing and a very high fever. Fortunately, she remembered the workbook she'd received from Liga Inan. She sent a text message to her midwife to alert her to the issue.

"The midwife went and saw that her condition was not good. The midwife brought an ambulance two days ago and today was the delivery," midwife Mana Justa said.

For women living in the furthest reaches of rural East Timor like Da Costa, Liga Inan means accessing resources with the touch of a button that until now would have been out of reach. It can mean the difference between life and death.

Experts in prenatal and perinatal care are calling for more specialized clinics for high-risk pregnancies and newborns. DW's Nicole Goebel went to a specialists' conference for a look at the trends and latest treatments. (17.05.2012)

With the UN giving up its peacekeeping mission in East Timor at the end of this year, 2013 will open up a whole new chapter in the history of the tiny island nation's independence. (28.12.2012)