Experts in prenatal and perinatal care are calling for more specialized clinics for high-risk pregnancies and newborns. DW's Nicole Goebel went to a specialists' conference for a look at the trends and latest treatments. 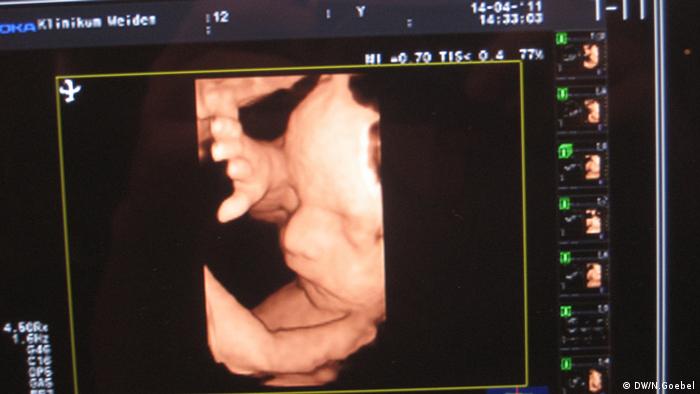 More specialized centers are needed to improve childbirth and care for newborns in Germany, according to the German Association for prenatal care and obstetrics.

"Children with heart defects, for instance, can't be delivered in just any perinatal clinic, they have to be delivered where there are pediatric cardiac surgeons and cardiologists," Professor Ulrich Gembruch from the University Clinic in Bonn told DW.

"Long-term, in Germany, we should aim to offer every woman the opportunity to give birth in a hospital that has 24-hour pediatric care - as in other countries."

Gembruch, who is also president of the German Association for prenatal care and obstetrics, had invited around 400 specialists and midwives to discuss perinatal – meaning, the period from the 28th week of pregnancy to seven days after birth - and prenatal care.

Despite its advanced health care system, Gembruch says Germany is falling behind in terms of perinatal mortality rates, compared with other rich nations. In addition, Germany is notorious for its low birth rate of just 1.36 children per woman - in Europe, only Hungary’s birth rate is lower.

As an example of other standards, Gembruch cites Portugal. It has vastly improved its perinatal mortality rates by having babies delivered in highly specialized perinatal centers, with no fewer than 1,500 births per year. The clinics are classified as level one, two and three, depending on whether they specialize in high or low-risk deliveries. Coordination between local health centers and hospitals has also been stepped up. 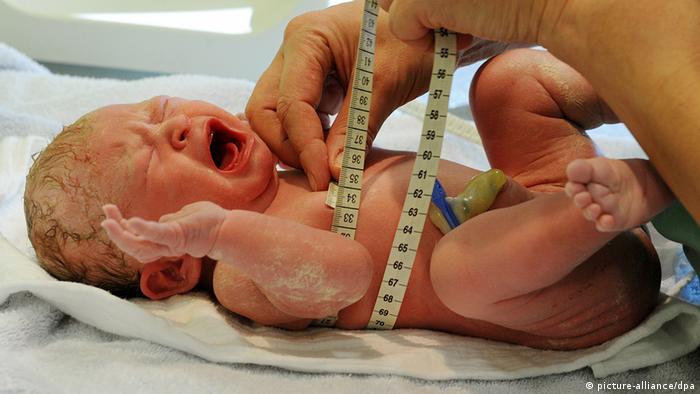 "In Germany, we still do a lot of tests and screenings, especially towards the end of the pregnancy, regardless of risk. In future, we hope that prenatal care can be more targeted, so that more tests are conducted early on, and then thin out towards the end if it's a low-risk pregnancy," Gembruch explained.

He says general gynecologists in Germany perform almost all the screenings and tests. In other countries, like the UK for example, specialists provide services in clinics or hospitals, which Gembruch says is preferable.

Prenatal screenings have improved immensely over the past decades, Gembruch says. And fetal abnormalities can often be treated before birth.

"It could be with medication if there are heart rhythm abnormalities, blood transfusions when there is anemia," said Gembruch. "In extreme cases of diaphragmatic hernia we can insert a balloon to encourage lung growth. We can also often operate spina bifida in the womb. Often we can do this in a minimally invasive way, without open surgery."

At five months pregnant and nearly 40 years old, I'm a prime example of the older, first-time mother. Statistically speaking, most women have their first child at 30.5 years of age, 28 percent of women in Germany are over 35 when they conceive. Older mums-to-be are, in theory, more vulnerable to complications like pre-eclampsia or having a child with a so-called autosomal trisomy - the most common type is known as Down's Syndrome.

But that is where modern ultrasounds come in.

"Twenty years ago, you could measure heart activity and the baby's size - but that was it. Today, you can assess the heart, brain activity, you can measure the nasal bone and nuchal transparency. And you can spot the majority of trisomy 21 cases with ultrasound. It means a mother's age has become largely irrelevant," said Gembruch.

While I opted for an amniocentesis to find out for certain whether my baby had Down's Syndrome, Gembruch says the test is no longer recommended to women simply because they are older. 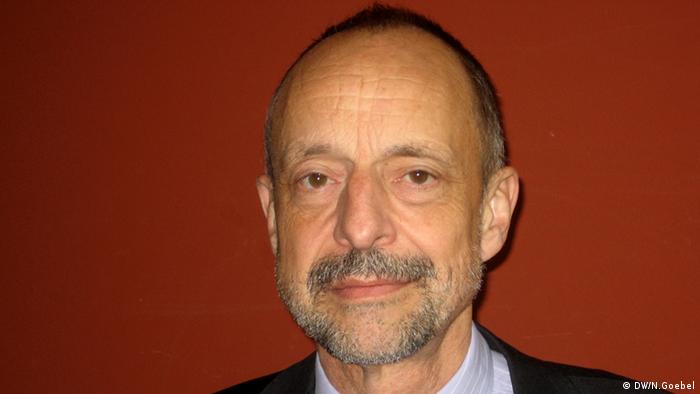 Another risk factor is the rising level of obesity among mothers-to-be in developing nations. In Germany, 15 to 18 percent of women of childbearing age are affected. Obesity can raise the risk of pre-eclampsia, a condition caused by high blood pressure, which can harm the mother as well as the fetus. Gembruch strongly advises women to be active and lose excess weight before conceiving.

While gathering information on hospitals and delivery, I have come across many women here in Germany, who want a "natural birth," without the assistance of strong painkillers, such as an epidural. I find this slightly baffling as I am pretty sure I will want something for the pain. I have been reassured by an anaesthesist in one of the hospitals I visited, by my gynecologist, and now by Professor Gembruch that epidurals are safe. But many midwifes still prefer a natural birth.

"The woman gets strength in this way of delivery," Karin Ballat, head midwife at Bonn's University Clinic said, "after delivery, the woman is born as a mother. And as a midwife, I help her."

But Ballat also said that "for women who are having their first baby... who don't know what's coming, it is good to have the option of a PDA [epidural]."

Ballat stresses how important it is that all specialists work together in childbirth, not just for medical reasons, but also to reduce stress for the mother and baby. Bonn's University Clinic has a midwife-only delivery room to enable natural births, but if there are complications, all the specialists are there to step in.

Fighting fistula: one woman's campaign to break the taboo

Obstetric fistula is a severe medical condition suffered by many African women. In the past, the taboo nature of the condition prevented many sufferers from receiving the treatment they needed. But this is changing. (11.01.2012)

The Philippines, Bangladesh, Russia and India are all celebrating the birth of the world's seven billionth baby twelve years after the world's sixth billion person was born in Sarajevo. India has welcomed baby Nargis. (31.10.2011)

Latest figures show that Germany has fewer children than any other EU country, with just 16.5 percent of the population under 18. One reason is the shortage of child care. (03.08.2011)