Fighting fistula: one woman's campaign to break the taboo

Obstetric fistula is a severe medical condition suffered by many African women. In the past, the taboo nature of the condition prevented many sufferers from receiving the treatment they needed. But this is changing. 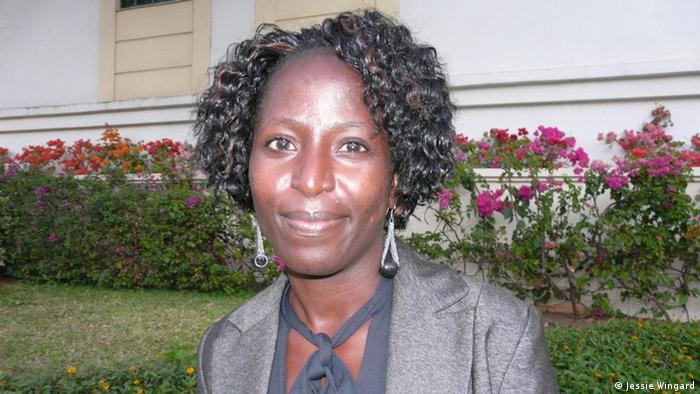 Sarah Omega is an active campaigner against obstetric fistula

Sarah Omega was just 19-years old when she was raped. A religious leader and father of two lured her into a hotel room where he assaulted her. It was Sarah's first sexual experience.

In a small village in western Kenya, Sarah, an orphan since the age of 11, found herself pregnant, frightened and alone. In rural Kenya, medical care is hard to come by, and with no option to terminate her pregnancy, she carried her baby to full term.

When the time came for her to give birth, Sarah was at home by herself. Just several kilometers away was a medical center but she was unable to reach it. ''I labored for over 20 hours at home by myself because I didn't have the bus fare to get to the nearest health care facility. When I got there, I was left unattended to for almost 19 hours,'' she told Deutsche Welle.

Such an intense labor, without medical assistance, placed great strain on both her and her unborn baby. ''After 19 hours elapsed, my baby died, so I had a caesarean section just to remove the dead baby and to save my life. I gave birth to a stillborn baby boy of 4.8 kilograms (10.6 pounds),'' Sarah said. 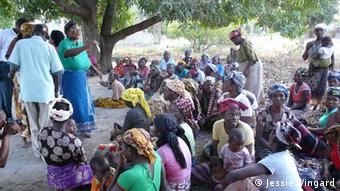 Three days later Sarah realized she was no longer able to control her bodily functions. ''I couldn't control my urine whenever I'm seated, whenever I'm lying in bed, whenever I'm walking, urine just leaked uncontrollably,'' she said.

For Sarah, and two million other African women, this is the painful reality of obstetric fistula, a devastating childbirth injury that can be caused by prolonged, obstructed labor experienced without medical help. Often a caesarean section is all that is needed. In 90 percent of cases, the baby dies. The pressure of the child's head on the mother's pelvic bone damages soft tissues, creating a hole, or fistula. This in turn results in chronic incontinence through the vagina. Not only do the women suffer physically, many are abandoned by their husbands and families and shunned by their community.

Obstetric fistula is both preventable and treatable, yet it still plagues the lives of many women living in poverty in developing countries. For just $420 (325 euros) a woman with obstetric fistula can be healed and often lead a normal life again, but many women don't know medical help is available. With little reproductive health education or access to medical support, this relatively unknown and taboo condition regularly goes untreated, as women believe the symptoms are normal after giving birth. In addition, local midwives and doctors are often poorly informed about the possibilities available for women to be helped.

As a result of the lack of information about obstetric fistula treatment in Kenya, Sarah says she had to live with this condition for 12 years. ''It got to a point where my mind couldn't just handle everything that had happened - the rape, the pregnancy, the loss of the baby, the leaking of urine.''

It was because of her condition, Sarah believes, that she was dismissed from her hairdressing job. The stigma attached to having fistula means women stand to lose a lot more than just their careers - partners and families often disown them because of the perception of uncleanliness, and the mistaken assumption that they're suffering from venereal disease. 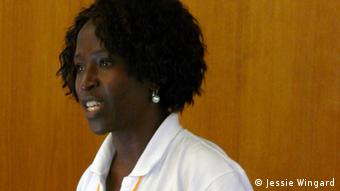 Sarah says ''there is life after a fistula, there is still hope.''

''Relatives, you know, they are not comfortable with you. They say that you will never get married, you will never have a chance to start a family. Most of the time I felt like I was being punished for being a woman,'' Sarah said.

After being admitted to a psychiatric ward, suffering from acute depression, Sarah finally found the medical help she needed. The operation to heal her obstetric fistula changed her life. Sarah says now she can't just sit back and do nothing while other women are suffering.

''After the operation I started seeing things differently, I saw it as a second chance at life. After realizing I wasn't the only woman in the world living with the condition, and knowing there were other women suffering in silence, the same way I did, I felt I could help others like me so they didn't suffer the same way I suffered. So, I decided from the time I was in the hospital, that I was going to utilize every opportunity to help other women.''

Sarah is now the Outreach Manager in the western region of Kenya for the One by One 'Let's end fistula' project, an educational and assistance program for African women. Established in the United States in 2005, this non-government organisation is working to increase awareness and understanding of obstetric fistula globally, as well as offering free fistula repair treatment to women in Africa.

''We realize that even though these women know there is free treatment, they still find transport to the health care facility hard to come by," Sarah said. One by One provides the financial assistance the women need to get medical help, by paying for their bus fares and treatment.

The United Nations Millennium Development Goals include the need to eradicate fistula in developing countries by 2015. With this goal in view, One by One's 'Let's end fistula' campaign has mobilized volunteers from western Kenya to educate women in their local communities. In addition to identifying women in need, One by One also aims to give women who have been treated the follow-up care and assistance that Sarah says she never received.

''We realize follow-up is essential. I remember when I went in for the repair surgery, I was treated, I was dry, I went home. But these women need counseling, they need social support, they need economic support to get on with their lives,'' she said.

In Kenya alone, it is estimated some 300,000 women are living with obstetric fistula. Sarah says if the Millennium Development Goals are to be reached, then mechanisms need to be put in place to prevent this pregnancy-related condition. ''We are working on prevention and coming up with programs to support these women economically, so they can get back to their normal lives, so they can be productive within their families and their communities - helping them to come up with self generating activities,'' she said.

It takes time to heal the emotional, physical and psychological scars that having fistula brings, but, there is one key message Sarah Omega wants to convey. ''There is a life after a fistula, there is still hope.''

Listen to the report about Sarah Omega