With the UN giving up its peacekeeping mission in East Timor at the end of this year, 2013 will open up a whole new chapter in the history of the tiny island nation's independence. 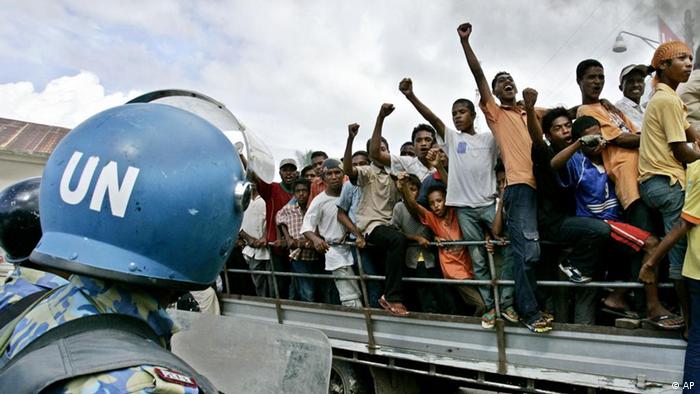 East Timor, also called Timor-Leste, has always been considered one of the UN's success stories. Beginning with its support for a popular referendum in 1999, the UN applauded its following independence. Now, the last UN peacekeeping mission is packing up, with its mandate officially ending on December 31 this year.

"Over the past three or four months we have been releasing up to 3,000 UN peacekeepers - both national and international staff. This included the release of about 12 hundred UN police officers who have been serving here since 2006," Finn Reske-Nielsen, Acting Special Representative of the Secretary General for Timor-Leste and Head of the United Nations Integrated Mission in Timor-Leste (UNMIT), told DW.

Starting over from scratch

Reske-Nielsen's first assignment in East Timor was in 1999. The Indonesian military had left the half island in a shambles; after 28 years of occupation, the island had to start from scratch. 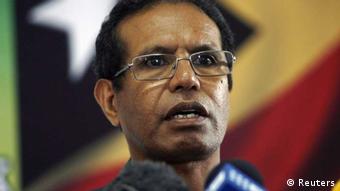 Juvinal Dias, a member of La'o Hamutuk, a Development Monitoring and Analysis Institute based in Dili, is highly appreciative of the UN's effort. "The UN successfully executed a referendum which gave the Timorese people a chance to choose independence," he said.

"That is an outstanding effort which we extremely appreciate. The UN, through several of its missions, has also helped create the institutional foundations of the country."

Dias worries that after the UN pull out, the country will be forgotten by the international community.

In the last 13 years, the UN has assigned five missions to the island nation with a short break in 2005, when peacekeepers were withdrawn. This period did not last long. Social tensions within East Timor's new military ignited violent conflict which drove an estimated 21,000 Dili residents to flee the capital. The political crisis forced 1996 Nobel Peace Prize laureate, Jose Ramos-Horta, who was then the foreign minister, to send out an official request for military assistance late May that year.

The development emphasized the hazards in leaving such a young nation too early. In a report to the UN Security Council, then UN Secretary General Kofi Annan appealed for a better method of transition. He warned that a premature departure could endanger the nation's stability. He clearly stated the need to continue to support Timorese institution-building, so as to protect the gains already made. The UN accepted, turning over the previous council decision for a final extension until May 2005.

UNMIT was born out of those needs. Set up in 2006, its mandate translated into a large UN police component of more than 1,600 officers from 41 countries, and nearly 2,000 Timorese and international civilian personnel. Finn Reske-Nielsen said there had been enormous progress since then. Furthermore, government institutions, parliament and the judiciary were continuously strengthening their capacity to handle their respective fields.

No peace, no development 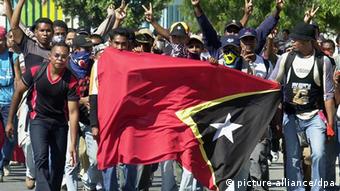 The East Timor national police, PNTL, is one of the many institutions that play an important role in development. Since March 2011, the PNTL has taken full responsibility in maintaining public safety and security, while the UNMIT police has provided operational and capacity building support only.

2012 has been a big year for East Timor. On May 20, it celebrated its 10th anniversary of independence. It also went through a presidential and a parliamentary election, with former army chief Jose Maria Vasconcelos, popularly known as Taur Matan Ruak, voted in as President, replacing Jose Ramos Horta.

According to Reske-Nielsen, the UN's departure on December 31 doesn't mean that East Timor will be left on its own. A strong UN presence will still exist through various technical agencies and also through continued bilateral and other multilateral technical support.

For the country's population of slightly over one million, the year 2013 will open a new chapter of independence.

The main candidates in East Timor's presidential election are veterans from the war for independence. But that past struggle can no longer overshadow pressing issues the Southeast Asian country now faces. (17.03.2012)

Violence has erupted in East Timor after the country's ruling party announced it would form a government without the left-wing Fretilin party, which had emerged as the second-largest party in polls on July 7. (16.07.2012)