Human rights activists are calling for cell phone manufacturers to avoid ore mined in war zones. But can they ever be certain that the minerals mined are conflict-free? 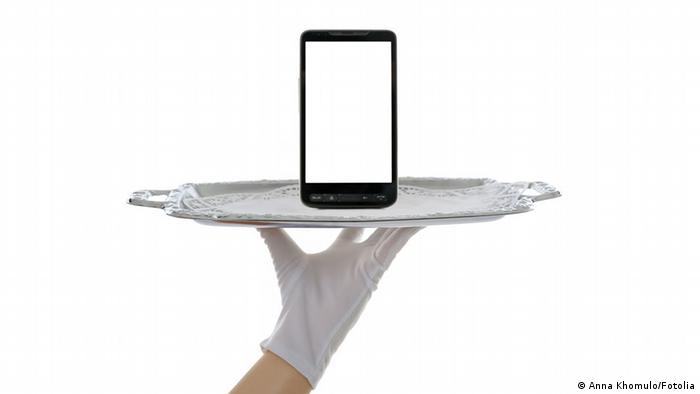 Therese Mema places a handful of small metal crosses on the table. Each is about four centimeters high. The round, brass foot weighs heavily in the hand. "These crosses are made from old bullet casings by the women in our trauma center," said Therese. "The work helps them to process the violence they experienced through rape and expulsion."

Therese is a staff member at the Catholic aid organization Justice and Peace, located in the Bukavu region of eastern Congo. Here, rebels and military alike are fighting for control of the rich mineral deposits of gold, coltan and other materials essential to the production of mobile phones, laptops and other electronic devices. 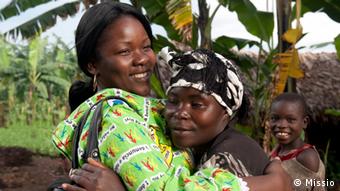 According to aid organizations, the Democratic Republic of Congo (DRC) is the most dangerous place in the world for women. The United Nations refers to the country as the "center of rapes," where sexual violence is deliberately used as a weapon of war. The residents are forced to leave their land to the rebels, who then exploit the raw materials, said Therese Mema, who also counsels men and children both medically and psychologically.

The mother of three is visiting Germany at the invitation of the Catholic aid organization, Missio. One year ago, Missio initiated the campaign, Aktion Saubere Handys, or Operation Clean Phones. They are collecting signatures on a petition calling on mobile phone manufacturers in Germany to avoid materials from conflict regions. So far, 10,000 people have added their names to the list, including former German Justice Minister Herta Däubler-Gmelin.

It's important that companies take more responsibility, Däubler-Gmelin said. "This applies mainly to the manufacturers of coltan, including a former subsidiary of Bayer, which is very much involved, but also other European and American companies." 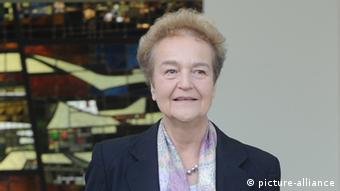 The H.C. Starck company, which belonged to Bayer until 2006, ranks among the leading manufacturers of coltan. In 2000 and 2001 the company was one of the main buyers of coltan from the DRC. After the UN accused the company of a "shared responsibility for the gruesome fighting," in the DRC, the company voluntarily changed its own supply policy. Since then the company no longer imports more raw materials from the DRC.

In early July, H.C. Starck announced that it had received certification for the processing of conflict-free coltan for the third year in a row. The certificate is awarded by the "Global e-Sustainability Initiative" (GeSI). More than 30 companies in the electronic and communications industry are part of this voluntary organization. Members include Nokia, Motorola, Vodafone, Telefonica, Microsoft and HP. One of the main criticisms of the rating system is that it is based on voluntary information provided by the manufacturer, according to economic and environmental NGO Germanwatch.

At Deutsche Telekom, one of the largest mobile phone distributors in Germany, the topic of "conflict-free raw materials," has long been on the agenda, said Cornelia Szyszkowitz, who is responsible for environmental and sustainability issues at the company. She refers to "relevant statements on our website."

According to Szyszkowitz, Telekom discusses the topic with its providers. "Unfortunately, we don't have the feasibility yet to check whether the tantalum or coltan in the devices we get delivered is conflict-free or not," she said, adding that such tests are only possible before the raw material is melted and processed. "As long as the source is not completely verifiable via testing, we assume what the manufacturers say is accurate," Cornelia Szyszkowitz said, summing up Telekom's stance on the issue. 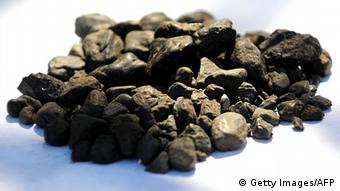 Coltan is a mineral composed of columbite and tantalite

"The Federal Institute for Geosciences (BGR) has developed a detection method whereby we can determine the origins of the coltan in our mobile phones and electronic devices," countered Herta Däubler-Gmelin. Commissioned by the German Development Ministry, BGR researchers have developed a proof-of-origin test for coltan from central Africa. The pilot project focused on the DRC and its neighbors. About half of the world's tantalum ore production stems from these countries. Coltan is extracted from tantalum ore. Due to the tantalum's chemical and mineralogical make-up, the ore's origin can easily be pinpointed. Even illegal deliveries from conflict regions can be indentified using this method.

The pilot project ran until 2009. Now, according to the BGR, it's a matter of political will whether the method will be implemented into practice. A major impetus for this could be the Dodd-Frank Act, which goes into effect on January 1, 2014, in the United States. The law, meant to stabilize financial markets, requires companies listed on the US stock exchanges to reveal the supply chain of certain raw materials. 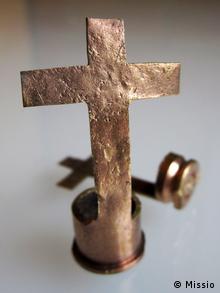 A symbol of hope for survivors: crosses made from bullet shells

"The Dodd-Frank Act should provide proof that coltan doesn't come from conflict areas," said Däubler-Gmelin. "However, if children are being exploited in the mines, it is not covered by the law. This is why we're calling for an expanded EU directive: Dodd-Franck, plus security and minimum working conditions."

Therese Mema knows it could take awhile for the US and EU laws to reach the DRC. She relies on the awareness of mobile phone users in Germany. "From the Operation Clean Phones petition, I hope that all Germans with goodwill help us. Nobody wants to be responsible for the murder and rape of innocent little boys or 11-month-old girls. Nobody wants that," she said, leaving her contacts, Herta Däubler-Gmelin and Cornelia Szyszkowitz, with a parting gift: a cross made of bullet casings.

The campaign for clean mobile phones

Congolese rebels illegally trade in rare metals needed for the production of mobile phones. The Catholic aid organization Missio is now calling for mobile phone manufacturers to trade fairly with such metals. (04.06.2012)

Although raped men rarely speak about their experience, activists in Uganda are determined to help victims by setting up support groups, as well as advocating for legal reform and a precise definition of male rape. (13.05.2013)