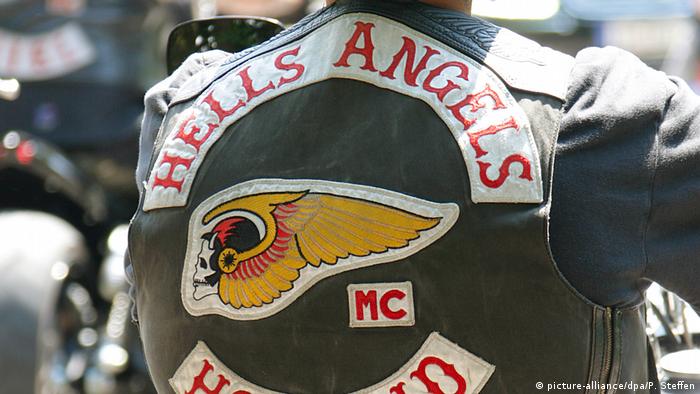 A court in the Dutch city of Utrecht has banned the international biker club Hells Angels and ordered all its Dutch chapters to close. Authorities are pursuing a clampdown on what are called outlaw motorcycle gangs.

"The Hells Angels is a danger to the public order," the court ruled. "It's a club where there's a culture of lawlessness and the authorities are kept outside their doors," the court added in a statement.

The Hells Angels Motorcycle Club is a worldwide group whose members are typically male and white and ride Harley-Davidson motorcycles. The club was formed in the US in 1948 and has long been associated with the rock n' roll lifestyle.

The United States Department of Justice regards them as an international crime syndicate, but the Dutch ban would be the first that the gang has ever faced.

'A culture of violence'

Dutch prosecutors have been trying to get the club banned for more than a decade and referred to an incident in the southern town of Kerkrade in 2015, where a cafe frequented by rival gangs was set on fire.

The following year, Hells Angels were involved in a serious brawl in the restaurant of a Rotterdam hotel restaurant, where shots were fired.

"These incidents portray an image of violence by and against the Hells Angels," the court concluded.

Implementation up to prosecutors

Lawyers for Hells Angels said they intend to appeal the decision.

It was not immediately clear how the ban is to be enforced, with the court saying that its implementation was left to the discretion of prosecutors.

The American gang is not the only biker group to have been banned in the Netherlands. The same Utrecht court banned their arch-rivals Bandidos in 2017.

In 2018, judges also banned Dutch club Satudarah for its involvement in criminal activities including violence, manufacturing and trafficking narcotics, the illegal possession of weapons and extortion.

Hundreds of police officers have moved to raid apartments and seize property of a Hells Angels' charter in the German state of North Rhine-Westphalia. The Concrete City biker club is said to include "proven criminals." (18.10.2017)

Cologne police have raided a Hells Angels hideout in the Ostheim area, seizing a cache of firearms. The raid follows an attempted attack by the Hells Angels on a rival gang in central Cologne. (01.06.2017)

German police have carried out a massive raid on a biker gang suspected of illegal arms trade and human trafficking. A leading detective told DW that police must adopt a long-term plan to eradicate such crime. (22.05.2019)