Police have detained four men who are suspected of taking part in an armed hijacking of a helicopter in Belgium. The men reportedly attempted to break out a female inmate from a prison near Brussels. 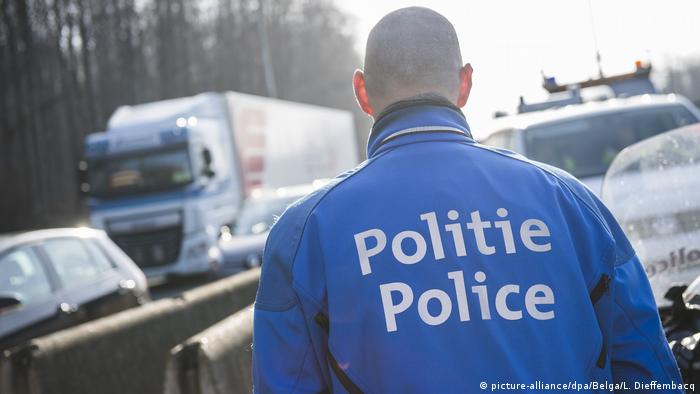 Belgian police announced on Sunday that they had arrested four men under suspicion of hijacking a helicopter and attempting a jailbreak.

The authorities believe that the four men had booked a helicopter tour from the Deurne aerodrome in Antwerp on Friday. Once inside the aircraft, the suspects allegedly took out their weapons and told the pilot to fly over the Forest and Saint Gilles prisons near Brussels.

The aim appeared to be a jailbreak, but the mission was called off after the perpetrators realized that the prison yards were not big enough to land in. The men then had the pilot fly to a nearby car park where they made their escape.

A local resident noticed something strange on Friday when he saw the helicopter flying low above the prison. He shared a video of the incident on Twitter, saying "why has this helicopter, which has been circling over Brussels for hours, just passed over the roofs of Forest prison?"

The Belgian broadcaster VRT reported that the suspects included a 24-year-old man and his adopted father, as well as two other young men.

Following an interrogation it appeared that the motive had been to free the wife of the main suspect who was being held in the women's ward, according to VRT.

Upon making a booking with the company, which provides scenic tours, the men requested a larger helicopter, big enough to fit six people, and a pilot with experience.

Read more: Teenager breaks into jail to save relationship with girlfriend

Once they were in the air, the suspects brandished their firearms and forced the 36-year-old pilot to take them in the direction of the Belgian capital.

After the armed men fled, the pilot flew on to Melsbroek airport where she was met by police and received assistance from the victim care service, VRT reported.

Authorities confirmed that the prisons were immediately placed under control and nobody was able to escape.