Germany: Teenager breaks into jail to save relationship with girlfriend

An 18-year-old scaled the wall of a German detention center in a desperate bid to convince his jailed ex-girlfriend not to break up with him. 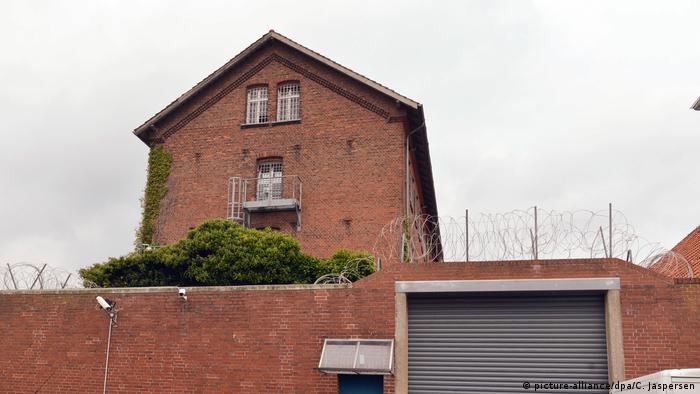 German firefighters were deployed to remove an 18-year-old male after he broke into a detention facility in the northwestern town of Vechta, a prison spokeswoman said on Thursday.

The teenager apparently tried to reach his ex-girlfriend, who is one of the inmates inside the prison. The inmate had just ended the relationship with the 18-year-old over the phone.

Authorities believe the man used a lamp post to scale the 4-meter (13-feet) prison wall. In order to avoid getting snagged on the wall's razor wire, he preemptively removed most of his clothing, according to the public broadcaster NDR.

He then proceeded to climb the wall of the inmate housing building and reach the barred window of his ex-girlfriend's cell on the first floor. He was soon discovered by the prison staff but refused to climb down. Eventually, firefighters reached the prison and managed to remove the youth using an extendable ladder. The man suffered a minor injury in the process, according to the DPA news agency.

It was not immediately clear if the man's stunt, which took place last week, was successful in winning back the girl's heart. He is being investigated on suspicion of breaking and entering and illicit contact with a prisoner.

Authorities were taking measures to prevent another unauthorized entry, but refused to provide details. Citing unnamed sources, NDR reported that the lamp pole would likely be equipped with razor wire.

Norway ranked as best place to be a woman

Women in Norway have the best quality of life according to the latest Women, Peace and Security Index. Although Germany ranked as one of the best in education, women lost significant ground in representation in politics. (23.10.2019)

A rise in the number of "cocaine taxis" delivering the drug to people's doorsteps has police in Berlin concerned. Cocaine is playing an increasing role in drug-related deaths in the German capital. (21.10.2019)

The war on upskirting in Germany

Loopholes in Germany's penal code allow upskirting — the act of secretly taking images under a person's clothes without consent — to go unpunished. Now two women have decided to take action. (27.08.2019)