Several countries in southern Europe have been hit by wildfires this week as the weather takes a tropical turn. Bosnia, Greece, Italy and Portugal are among the worst-affected areas. 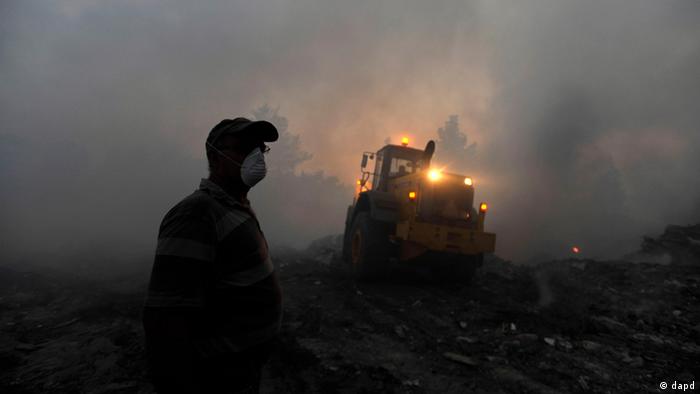 Portuguese firefighters announced a partial victory on Friday, saying they had managed to contain a wildfire in the central Figueiro dos Vinhos region. One of their colleagues, however, lost his life battling the flames on Thursday.

Authorities were also trying to contain a blaze to the north in Vimioso, while the country's Meteorological Institute said more than 30 further districts were at risk amid the hot weather.

Spain similarly announced that it was on the highest possible wildfire alert level owing to the scorching temperatures, with the mercury approaching 45 degrees Celsius (113 Fahrenheit) in southern regions like Cordoba.

Spain has already been struggling with an unusually dry summer, exacerbating the current risks in the heat.

Firefighters in Greece, Italy, Bosnia and other parts of the Balkans were similarly busy late in the week, with little let-up in sight; more hot and arid weather is forecast for the coming weekend across much of Europe, albeit with a slight drop in temperatures possible in the south-west of the continent on Sunday.

Record temperatures across Europe have claimed many lives in Spain and Portugal alone, the UN health agency said. Wildfires in the two countries and parts of Europe only worsened matters.