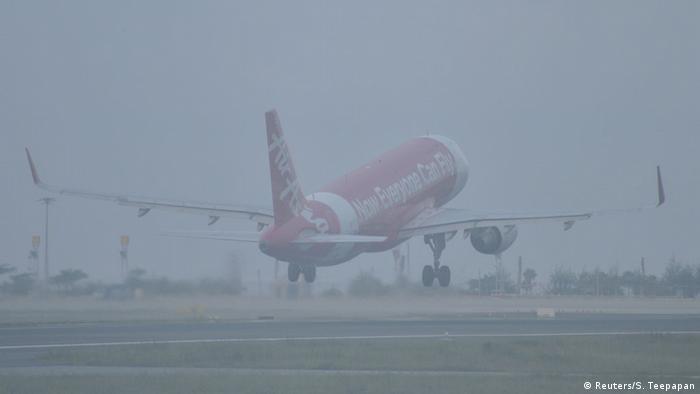 "It's considered a crisis. It's the worst in 10 years." These are the words of Halem Jemarican, head of the Environment Office in Songkhla, speaking to AFP about the worsening haze situation in the southern Thai province. "The key factor is the wind. It's strong at the hot spot origins but when it reaches Thailand the winds weaken so the haze stays around for longer," he added.

Caused by forest fires in Indonesia, the thick smog, which has already shrouded parts of Malaysia and Singapore for two months, has also reached hazardous levels in the five southern Thai provinces of Songkhla, Satun, Pattani, Surat Thani and Yala, making the areas dark and foggy.

"In Songkhla the dust concentration is three times above the healthy level," Siegfried Herzog, head of the regional office of the German foundation Friedrich-Naumann-Stiftung in Bangkok, told DW. In fact, the pollution index recently hit a record-high reading of 365 in the province. A reading of 101-200 is unhealthy; 201-300 is very unhealthy and above 300 is hazardous.

As a result, many people in the area have begun wearing masks on the streets and there has been an inundation of patients going to the hospital with pulmonary problems, coughing and wheezing, as Paul Chambers, director of research at the Institute of Southeast Asian Affairs in Chiang Mai, told DW.

Thai authorities have responded to the crisis by temporarily closing schools, dispensing face masks, and issuing warnings to vulnerable people such as children, the elderly and people with illnesses not to leave their homes. Thai Prime Minister Prayuth Chan-ocha also ordered the deployment of rain-making planes to temporarily clear the air.

The next provinces up the peninsula, Narathiwat, Phuket and Phangnga, have dust levels within acceptable margins, but are coming close to the limit. As a result, the tourism industry is starting to feel the impact of the prolonged haze as Phuket and Surat Thani boast pristine tropical beaches which are popular among tourists.

"With the Indonesian haze conditions much more protracted this year than normal, concerns are escalating that the impact of the haze could extend for at least some more weeks," Rajiv Biswas, Asia-Pacific Chief Economist at global analytics firm IHS, told DW.

"December is a crucial peak season for the Thai tourism industry, and if the haze continues during November, it could affect tourism bookings as tourists try to avoid the haze-affected tourism destinations in Southeast Asia," the economist added. 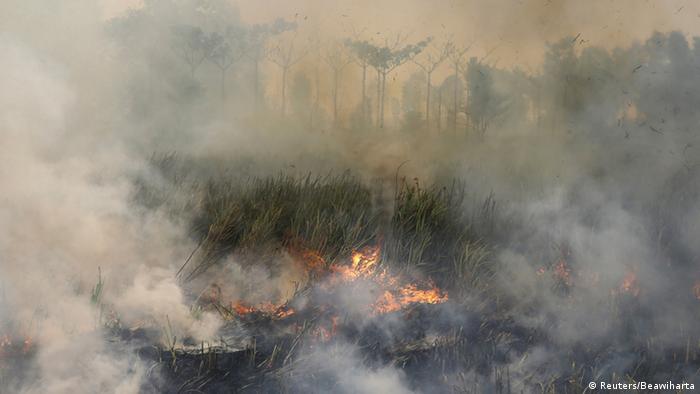 In fact, some tour operators have already complained about several flights packed with tourists being delayed or diverted due to unsafe conditions, as well as about holiday plans being canceled.

There are also reports of water transportation in some districts of Satun being impeded and of boat navigation becoming increasingly difficult in Phangnga.

"This is a big issue as shipping tourists around Ao Phangnga (Phangnga Bay) is an important source of income. As we are on the tail end of the rainy season, its low season for tourism so the impact is not that big yet, but if the problem persists it will be painful," said Bangkok-based expert Herzog.

Tourism is a crucial part of the Thai economy, contributing around 10 percent of GDP taking into account output and employment multiplier effects throughout the economy. And with the Thai economy already weak due to the impact of political turmoil during 2014 on investor and consumer confidence, economist Biswas believes that, "If the haze conditions damage the tourism sector this will be a further drag on the already weak economic outlook."

The thick, dirty, white haze that has blanketed parts of Southeast Asia is not a new phenomenon, but has intensified this year.

Although Indonesia is normally one of the rainiest places in the world, climate experts say the fires have been exacerbated this year by the effects of the "El Niño" weather phenomenon - a change in ocean and atmosphere patterns in the Pacific which has drawn rain away from the archipelago. 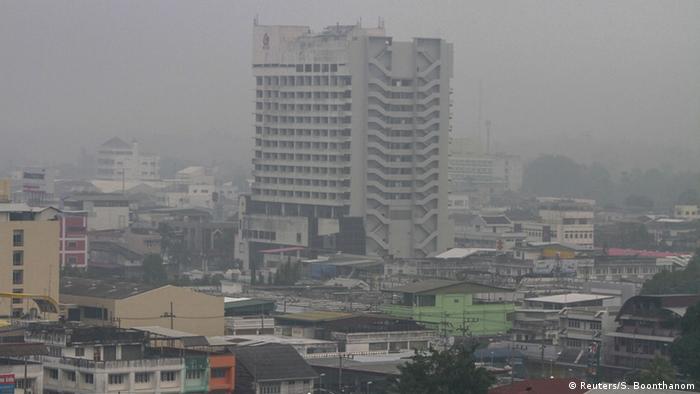 The thick, dirty, white haze that has blanketed parts of Southeast Asia has intensified this year

The fires are usually man-made and caused by firms and smallholder farmers who engage in illegal slash-and-burn practices as a relatively inexpensive means to clear and prepare vast tracts of land in Indonesia's Sumatra and Kalimantan islands.

Indonesia has struggled for years to contain the fires which not only release greenhouse gases into the atmosphere but also affect wildlife, the rain forest as well as the quality of life and economy of local residents and neighboring countries.

Yet, it seems that regional governments are still struggling to find a lasting solution to the problem. The issue has not only heightened tensions between Indonesia and neighboring states, but also had a significant economic impact on the region, not only due to flight cancelations and a spike in medical costs, but also because of the destruction of the rain forest and damage to crops and vegetation.

How to tackle the issue?

Despite deploying about 25,000 personnel and aircraft to fight the fires, Indonesia seems to continue to struggle to contain the agricultural fires which, according to a disaster management official, could last until the end of November.

The Thai Ambassador to Malaysia, Damrong Kraikruan, was recently quoted as saying he believed the haze problem will be discussed at the 13th ASEAN Ministerial Meeting on the Environment and Related Meetings to be held in Vietnam next week.

According to analyst Herzog, strengthening the ASEAN mechanisms to support Indonesia is probably the best route to take, especially since Indonesia is taking the problem more seriously nowadays. "Nationalist sensitivities are always a problem, so working via ASEAN might be the best way to tackle the issue," he said.

Alarm as haze from Indonesian fires spreads in Southeast Asia

As the number of smog-belching forest fires rise in Indonesia, expert Robert Field explains in a DW interview how the ensuing haze problem in the region is also related to the weather phenomenon El Niño. (30.07.2015)