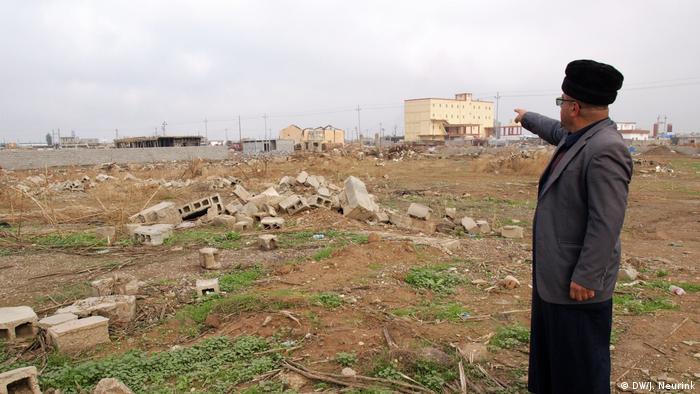 "We hate the Netherlands for what happened," says Fatima Dawoud. Thirty-five members of her family were affected by the bomb that hit the city of Hawija, south-west of Kirkuk, in July 2015. Dutch media have established that a Dutch plane dropped the bomb as part of the operation of the international coalition against the Islamic terror group "Islamic State" (IS).

All of the 20 or so men and women who have gathered in a cold room in Hawija's partly reconstructed town hall are victims of the air raid on an IS  bomb factory. They survived the inferno that destroyed a large part of their town, but lost family members, homes and incomes. That's why they're demanding compensation from the Dutch government.

They have brought pictures of their wounds suffered in the raid and talk about its disastrous effects. Mohammed Khalef lost his father. "I was sleeping on the roof when our home partly collapsed. My parents were downstairs and were buried in the rubble." 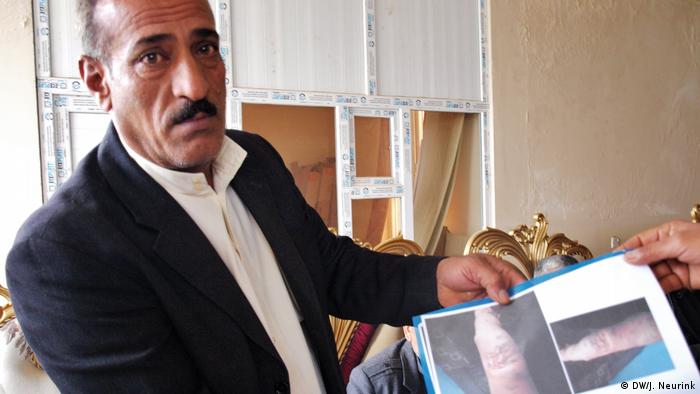 "Now my children are scared of anything they see or hear in the air," says Abdullah Ramadan, while a woman describes how her cousin went crazy. "He eats washing powder. They have to tie him down."

Many survivors complain about health issues resulting from the chemical mix released by the bomb. Fatima Dawoud's daughter has contracted cancer. "We have no income, and we cannot pay for medication," says Dawoud.

The bomb targeted a building IS was using as a bomb factory in an industrial compound enclosed on three sides by civilian neighborhoods. Three tanker lorries filled with explosives were parked there, ready to be used in an attack on the oil refinery at Baiji. A nearby warehouse was used to store the fertilizer IS used in its bomb production.

The deadly mix killed at least 70 civilians. People as far as a kilometer away from the site died due to the shockwave that followed the enormous blast. "People were sleeping outside, because of the heat. Some were thrown meters through the air by the force of the explosion," says Musa Jassam, the mayor of the Yarmouk neighborhood, which was the worst affected. Houses, shops, schools and hospitals were destroyed.

Four years after the raid, the exact number of victims is still unclear. The survivors are now looking to the Netherlands for compensation — the Iraqi government is not offering any. People not only lost their homes; they also lost their breadwinners and sources of income. Some 200 shops were destroyed in the attack. "I have no windows, no doors and no money," one of the women says. "The Dutch government has to help us."

A western country like the Netherlands should take responsibility for its actions, says Mohammed Mahmoud, the deputy mayor of Hawija. "If you make a mistake, you try to make amends. In Iraq, in any accident or conflict, the person who is responsible pays."

That's why Al-Ghad, an NGO based in Kirkuk, has collected information from everyone present in the hall. So far, it has been able to document 50 cases out of a probable 300 eligible survivors, says its director, Tofan Awad. "Many have come forward, but we have to check everything. Which is not easy, as much of the evidence has gone. In 2015, there were no state hospitals in Hawija, and no legal local government." 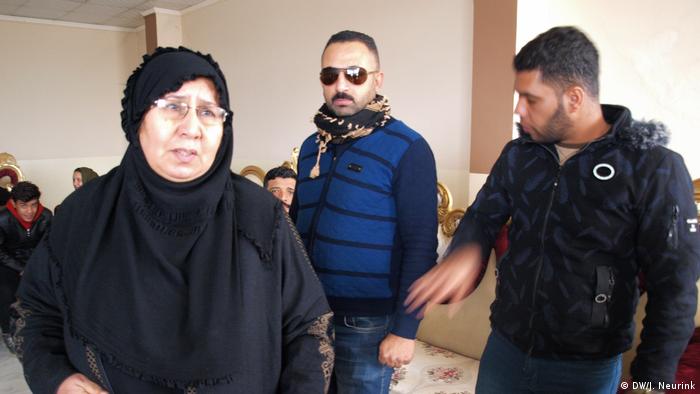 If the Iraqi victims win their case against the Netherlands, it could could create a major precedent

IS did not allow any phones, so pictures are rare. "The injured are the toughest cases, as they had nowhere to go and have no documents. They think their scars should be evidence enough, but they are not," says Awad.

Al-Ghad will hand the files to the office of Liesbeth Zegveld, a Dutch lawyer who specializes in compensation cases like this one. She plans to use two of the most compelling cases to file a claim against the Dutch Ministry of Defense for accountability. One case involves a family that lost a mother and five children in the attack.

However, Defense Minister Ank Bijleveld has told the Dutch Parliament that the Iraqi authorities are responsible for covering the damage, as they invited the coalition to Iraq to fight IS. The minister has announced that she will soon make a decision on whether to open a special aid fund for the victims of Hawija, as "a gesture of good will."

A precedent in the making?

"That will be too much like development aid," Zegveld says, "while it should be about taking responsibility for one's actions." She points out that, according to the coalition forces, all members are equally responsible for the casualties.

Apart from two Dutch air raids — the one on Hawija plus another on Mosul — it's not clear what other countries' planes were involved in the thousands of strikes on IS targets. But she agrees that if the details of other bombings were also to be unveiled, a Dutch conviction could create an important precedent, possibly inspiring journalists and NGOs to investigate and initiate liability cases in other countries, too.

The Dutch authorities have declared that they cannot be held accountable, since the enormous damage was caused as a result of inaccurate information provided by others.

"If a mistake is made because there were more explosives than expected, the liability lies with the Dutch," says Zegveld. "That is how the law works."