Has the public′s initial post-Brexit denial passed? | Europe | News and current affairs from around the continent | DW | 24.07.2016

Britain's decision to leave the EU fueled a rise in xenophobia and fears about the future. A month after the bombshell, DW talks to remain voters and EU nationals in the UK to see if they've come to terms with Brexit. 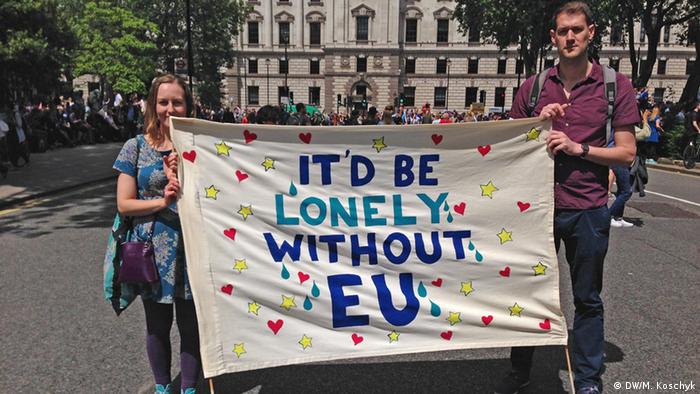 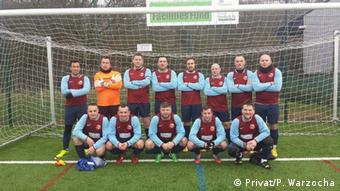 "Most of my English work colleagues voted to the leave the EU," Polish forklift driver Piotr Warzoch told DW a month to the day that the bombshell result was announced. "Even my boss!"

Warzoch, who has lived in the English town of Luton, about 50 kilometers (30 miles) north of London for over a decade, initially felt a sense of betrayal that many of the people he'd worked with for many years had voted for the UK to reduce immigration from the European Union.

"I was a bit upset because I thought: 'Maybe they don't want us here in the UK,'" Warzoch said. "But then I talked to them, and they explained that I'd been here a long time, my kid was in a local school, and they said I should be fine."

Despite a 20 percent rise in reported cases of hate crimes in the wake of the June 23 referendum, Warzoch - who hails from Rzeszow in southeastern Poland - said he'd not experienced any additional harassment. Having already faced a small amount of ongoing xenophobia from some Brits who accuse East Europeans of taking their jobs, he said, "nothing's changed for me."

Warzoch said the referendum result left him quite stressed for about a week, but now he and the other players on the mostly Polish soccer team he runs, FC Polonia Luton, believe that the only change will be a lot more paperwork to remain in the UK. He plans to apply for permanent residency and maybe citizenship to get round that, but he said newcomers from Poland and elsewhere in Europe might not be so lucky. 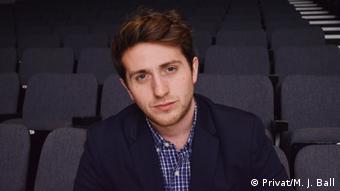 Shock at the referendum result quickly turned to fury for 26-year-old startup creator Marcus J Ball. Accusations that the "Leave" campaign had lied about Britain's ability to restrict immigration post-Brexit and save billions in EU membership led Ball to launch a crowdfunding project to begin legal action against those responsible.

"All of my anger is now directed at the dishonest political leaders," Ball told DW. "They are the foundation that this disaster is built upon," said Ball, who hails from the rural county of Norfolk.

Having already raised 135,000 pounds (161,000 euros/$177,000), Ball is putting together a legal team and hopes to prosecute the "Vote Leave" leaders for fraud, which he says would give Parliament the justification it needs to vote against Brexit.

"At the moment, Brexit has a mandate, but if they face criminal prosecutions then this will change," Ball said.

The entrepreneur said that, leaving aside the likely economic effects of Britain's leaving the European Union, the damage to the UK's national identity is far worse.

"I hate the idea that we are seen as a small-minded, backward, racist, ignorant little nation," Ball said. "We are no longer the United Kingdom: We are the divided kingdom." 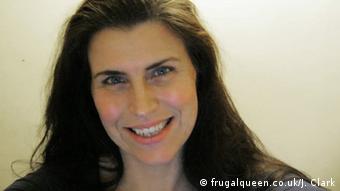 Six months after buying a dream retirement home in Brittany, northern France, secondary school teacher Jane Clark is worried whether she and her partner will be able to move there permanently.

Clark's new property is just a ferry ride away across the English Channel from her main home in Liskeard, southwest England. But the referendum result has put at risk the rights of British citizens to move freely within the EU and of EU nationals within Britain, with politicians yet to negotiate a solution.

"People in the UK are like a baying mob, wanting immigration to be tightly controlled," Clark, who runs the award-winning Frugal Queen blog, told DW. "The rhetoric is ugly. Why would mainland Europe want us when so many Brits don't want them?"

Her home county of Cornwall is one of the poorest regions of the UK and has relied heavily on EU funding for infrastructure, IT and education projects. About 2.5 billion pounds (3 billion euros) of funding is likely to come to a halt in that region alone when Britain leaves, and she said the savings that the "Leave" campaign had promised would not materialize.

"There will be no money for Cornwall, the National Health Service or anything else," Clark said. "The UK government never gave money before, so I have no faith it will now." 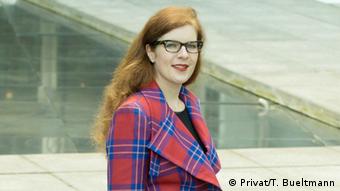 "I was expecting the outcome to be a leave vote and had been saying so for months," Tanja Bueltmann, an associate history professor at the University of Northumbria in Newcastle upon Tyne, told DW.

Bueltmann, a German who grew up and studied in Bielefeld, said she considered herself first and foremost a European: "So, by saying no to the EU, I feel that 52 percent of people said no directly to me."

The professor, who also specializes in Scottish history, has observed the growing fracture between Scotland's political views and those of the rest of the UK. Most Scots, she said, were convinced not to vote to break away from London in a separate referendum in 2014 by fears that an independent Scotland would be blocked from EU membership.

"The argument has been turned on its head, and, by being a member of the UK, Scotland is being dragged out of the EU against its will," she said, adding that she believes that independence will be the best way forward for Scotland.

Just this weekend, there were renewed warnings that British students could be excluded from the EU's Erasmus university study abroad program.

"I was a participant myself," Bueltmann said, adding that the program had laid the roots for her subsequent research and career.

Bueltmann said hundreds of thousands of UK students had benefited from Erasmus exchanges, adding that "the impact would be huge in a number of ways" if the UK could no longer participate.

And Bueltmann said her concerns had not lessened over the past month.

"If anything, I feel worse," Bueltmann said, dismissing attempts by British ministers to reassure the public that there would be no immediate change.

The UK government is using "EU nationals [living in Britain] as pawns in negotiations [with Brussels]," Bueltmann said, adding that she believes this "will have consequences in terms of potential workforce and brain drains."