In Yellowstone, Yosemite, or the Grand Canyon, the National Park Service wants to bring visitors closer to unspoilt nature. On Thursday (August, 25th) this institution will be marking its 100th anniversary. 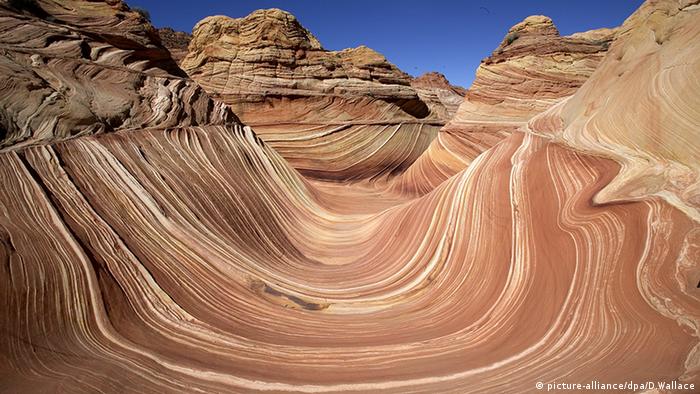 US-National Parks can be piping hot or icy cold, dripping wet or bone dry - and some are larger in area than many EU-countries. Every year they attract more than 300 million visitors who arrive on well maintained roads - many Germans among them.

The National Parks are "the best idea we ever had," environmentalist Wallace Stegner (1909 – 1993) once wrote. He added: "they are American, completely democratic and they show our best and not our worst side". Americans are proud of their parks. They are a part of America that everyone, regardless of the color of their skin, their religion or their background, can agree on. 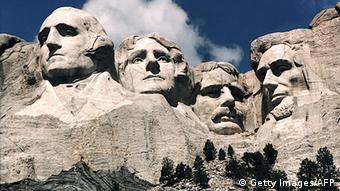 The more than 400 facilities are managed by the National Park Service. Their rangers with their broad hats oversee the Statue of Liberty, the president's heads on Mount Rushmore, or the Independence Hall in Philadelphia, where the United States Declaration of Independence was signed in 1776. Beyond that though it’s the 59 National Parks, ranging from the swamps of Florida to the ice deserts of Alaska, from the volcanoes on Hawaii to the coastline of Maine that make up the bedrock of this service. Many of these parks are also UNESCO listed natural heritage sites.

Back to nature - but in comfort

"Basically we have an impossible task," says Kathy Steichen. She is a ranger in the Mt. Rainier National Park in Washington State. "We want to show nature the way it is - but it has to be accessible to everyone including prams or wheelchairs," she explains. Therefore the path back to nature tends to be paved. 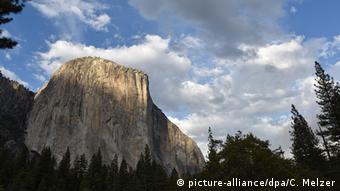 Visitor centers offer not just toilets and changing tables but also information. They are small museums - very much American style - which means that you are encouraged to touch everything. "We don't just want to preserve, we also want to communicate," Andrew Giddes - explains impressively in German.

The National Park Service employs some 22,000 people and has ten times that number of volunteers. Andrew is one of those and in his spare time he explains to German tourists in the Hawaii Volcanoes Park, how the volcanoes were formed and with them the entire archipelago.

"We are proud to have so many visitors from around the world," Giddes tells us. "As Germans often account for the largest group of foreigners, we offer tours in German," he adds before setting off into the park with a small group made up of Germans and Swiss. 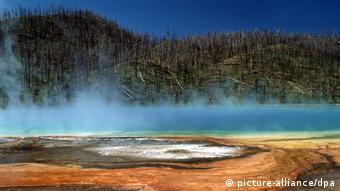 But the parks are also facing a threat - and not from the 307 million visitors that came in 2015. Lack of funds is also not a problem as the budget for 2016 stands at three billion dollars, an increase on the preceding years. Climate change poses the greatest threat by melting glaciers in Alaska, by causing non-indigenous species to drive-out protected animals in Florida, and by freezing threatened rodents in California that don't ready themselves properly for winter due to warmer temperatures.

President Barack Obama personally made this his message in June when he visited Yosemite Park in California. He stated "climate change is not just a threat - it is a reality."

"The best place to learn about nature is being out in nature," says Maureen Gualtieri, a ranger at Denali in Alaska, the highest mountain in North America. Adding, "when we show skeptics old pictures of the glaciers, even they realize that we are already in the midst of climate change." One problem is that Americans do love their cars - but as Maureen explains, "they also love nature - and those who get to know the National Parks, will want to love and protect them too."

How much the parks mean to people became clear in a survey conducted at the end of June. The study found that most Americans would be prepared to pay considerably more taxes if it helps to finance the National Parks.

The most beautiful US national parks

With over 300 million annual visitors the 59 national parks in the US, with their exciting landscapes and divers nature, are one of the world's biggest tourist attractions. Here a selection of the most impressive. (24.08.2016)