Many decades after it was first published, Fallada's novel has become an international bestseller that has been translated into over 30 languages. His masterpiece tells of citizen resistance against a brutal Nazi regime. 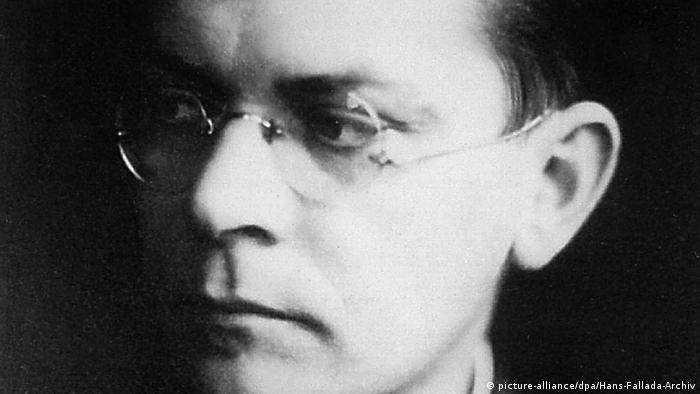 Protest is not always about waving flags and huge posters in public. Small handwritten postcards that are secretly placed on stairs and in hallways can have an equal effect. Mr. and Mrs. Quangel  distributed more than 200 such protest postcards in Berlin in 1940 following the death of their son at the front.

Such small acts of resistance to the murderous Nazi regime included messages such as: "Mother! The Führer has murdered my son. Mother! The Führer will murder your sons too; he will not stop till he has brought sorrow to every home in the world."

At a time when even listening to foreign radio stations could be punished, writing and disseminating such messages was a huge risk. Hans Fallada's 1947 novel, Alone in Berlin (first published under the title Every Man Dies Alone), inevitably ends with the couple being captured and denounced. Otto Quangel is ultimately executed while his wife Anna dies in prison during a bombing raid.

'Alone in Berlin' by Hans Fallada

Fallada's harrowing tale of a couple transformed from being blind Nazi followers into anti-fascist activists was true-to-life. The couple's real name was Hampel, and their moving story was noted by the poet and later GDR culture minister, Johannes R. Becher. At the war's end, the latter passed on the Hampel's Gestapo file to his friend Hans Fallada and suggested he base a novel on it. 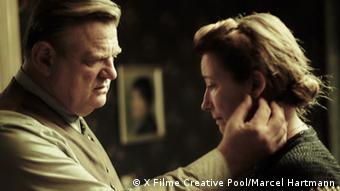 The book was turned into a movie in 2016, starring Emma Thompson and Brendan Gleeson

But the writer was by now addicted to alcohol and morphine and initially refused to undertake the project. He had been an internal exile who survived the Nazi-era by writing romance novels and had been unable to articulate resistance. However, with each page of the Hampel file, he felt more drawn to the case. Fallada knew the everyday life of Berlin, and he had a keen sense of the language of the little people.

In 1946, the author wrote the novel after all — almost 900 manuscript pages in just four weeks. It would be his last work. Fallada died in February 1947. 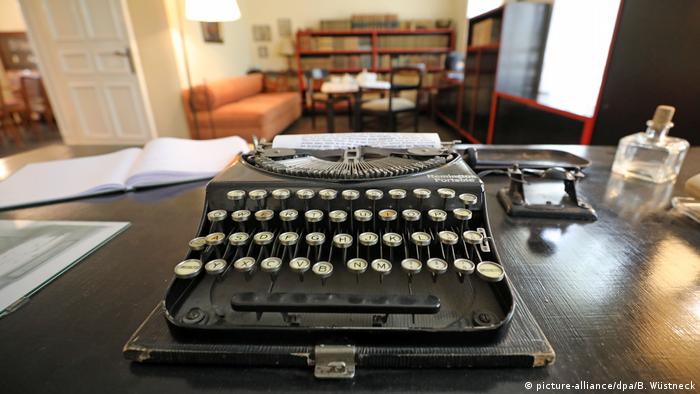 Almost 65 years after its first publication, Alone in Berlin has become an international bestseller thanks to a popular English translation. But this story of unsung citizens who fight Hitler armed with postcards also succeeded due to its nuanced and complex characters.

In Fallada's novel, there are not only brutal Nazis, cowardly sympathizers and flawless good guys. On the contrary, the apolitical Quangels were initially happy to uncritically support Hitler and the Third Reich. It was only when their only child was killed fighting for the German army that they began to doubt the regime.

"As it was, we all acted alone, we were caught alone, and every one of us will have to die alone. But that doesn’t mean that we are alone," said Otto in the novel.

"It doesn't matter if one man fights or ten thousand; if the one man sees he has no option but to fight, then he will fight, whether he has others on his side or not," he added.

Was their resistance in vain? Despite their failure, Fallada protrays the Quangels as moral heroes. They followed their conscience and bore the consequences in dignity without turning away. That's why a glimmer of hope sounds through at the end of his novel.

"But we do not want to end this book with death, it is dedicated to life, to the invincible life that triumphs again and again over shame and tears, over misery and death."

Hans Fallada's real name was Rudolf Ditzen. He was born in Greifswald in 1893. He relied on the Grimm Brothers' fairy tales Hans im Glück and Die Gänsemagd for creating his pseudonym, which refers to the head of the horse Falada that has been cut off, but which also speaks the truth. Hans Fallada became known for his novels Kleiner Mann — was nun?, Wer einmal aus dem Blechnapf frisst and Der eiserne Gustav. The writer, who was addicted to morphine and alcohol, died of heart failure in Berlin in 1947.

Hans Fallada's international bestseller "Alone in Berlin" gets its first English-language adaptation, with an all-star cast. KINO has an exclusive, intimate conversation with the stars and director of the drama. (13.03.2017)