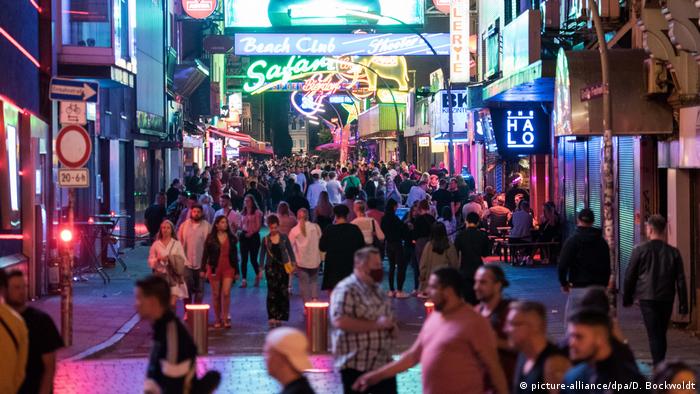 On the Reeperbahn — not at half-past midnight, but in the afternoon at half-past four. In contrast to the Hans Albers hit, made popular in English as "I may never go home" by Marlene Dietrich, the legendary party strip will be frequented much earlier than the midnight hour in the summer of 2020. But only sparsely — for now. This Thursday afternoon feels almost tropical.

Hamburg's Reeperbahn with its intersecting and parallel roads, squares and alleys has grown into an international culture and party hotspot. Millerntor, Spielbudenplatz, Herbertstrasse and Grosse Freiheit are synonymous with pleasure, entertainment and distraction as much as the Reeperbahn itself, where it all began.

And even in the coronavirus summer of 2020, tourists and residents of the Hanseatic city will wander the 930 meters (3,051 feet) full of sinful temptations. That's how long the Reeperbahn is. Its parallel street, Herbertstrasse, however, is deserted as prostitution is forbidden in times of COVID-19 — at least for the foreseeable future. 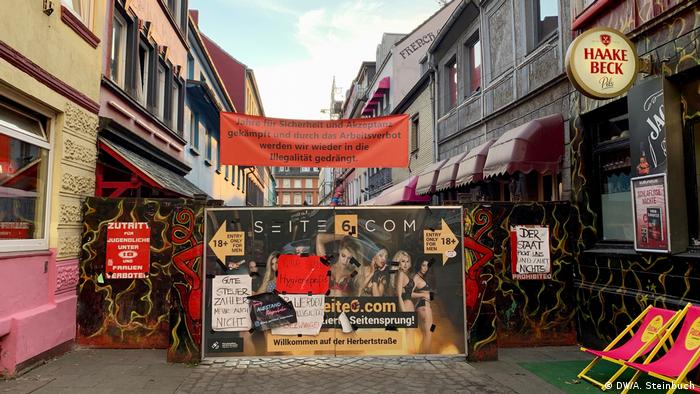 Protest in Herbertstrasse: Brothels remain closed because of COVID-19

Cuban music spills out into the warm air from the wide-open windows of the bar Sommersalon. Open-air concerts had originally been planned here on the Spielbudenplatz. They might not be taking place, but chairs, tables and benches can be found not only on the sidewalks of the entertainment mile — but also on the pavements of Davidstrasse, Hamburger Berg, Talstrasse and Grosser Freiheit where people eat, drink, flirt and people watch. Some seats remain empty — is it the heat or are restrictions to contain the pandemic keeping visitors away?

The Reeperbahn, known as the "Kiez" (neighborhood) by the people of Hamburg, is one of the most famous attractions in Germany, along with Heidelberg's Old Town, Neuschwanstein Castle and Munich's Hofbräuhaus.

Visitors travel long distances to Hamburg in order to drink a beer at the Grosse Freiheit or to have their picture taken in front of the Davidwache, the police station in the district, with ladies of the night in the background. Or to celebrate their bachelor party in one of the strip clubs.

Over the past 30 years, the amusement mile has cleaned up its image and has become socially acceptable with music and jazz clubs, trendy restaurants, and theaters.

More than 20,000 visitors come here in a day — normally. With creativity and good weather, visitor records will also be broken in summer 2020 — but at a price. 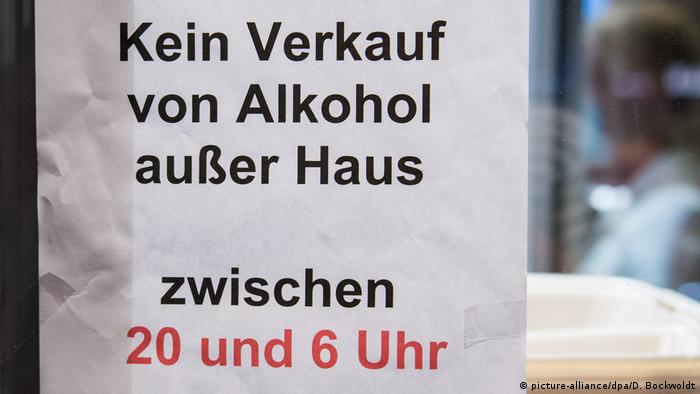 The groups which gather at kiosks and petrol stations to supply themselves with alcoholic drinks are not compliant with coronavirus-distancing-rules and have long been a thorn in the side of the gastronomes in the area. Until further notice, the sale of alcohol "to go" is prohibited at weekends in the trendy areas of the Hanseatic city.

And so the party district around the Reeperbahn is battling its way back into business with innovative offerings in culture, table dances, Pils beer and parties.

Theater tickets in packs of four

Corny Littmann was the first to do so. His theater, Schmidt's Tivoli at Spielbudenplatz, is up and running again. The Tivoli was indeed the first theater in Germany to resume regular performances after the COVID-19 lockdown. The premiere of the coronavirus-compatible show "Paradiso" was on July 2. 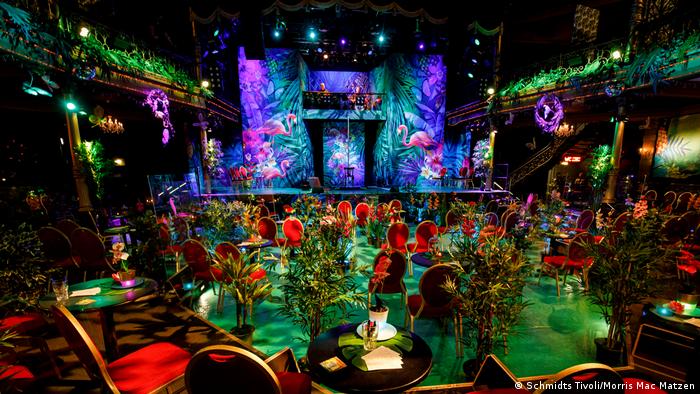 Clear the stage for "Paradiso", the show at the Tivoli theater

It is a colorful, intoxicating, musical show full of surprises. It changes every four weeks. "We've been sold out almost every day since then," says the theater director, not without pride.

Although only 250 rather than the normal 630 people are allowed into the theater and the performances only last 75 minutes without an intermission, the feedback has been positive — despite the extremely limited possibilities due to hygiene regulations.

Littmann will not be able to match his 2019 record of 450,000 visitors, but he is cutting his losses and pulling his employees out of reduced-hours-work: "We have made a virtue of necessity and embedded many hygiene rules in the show." 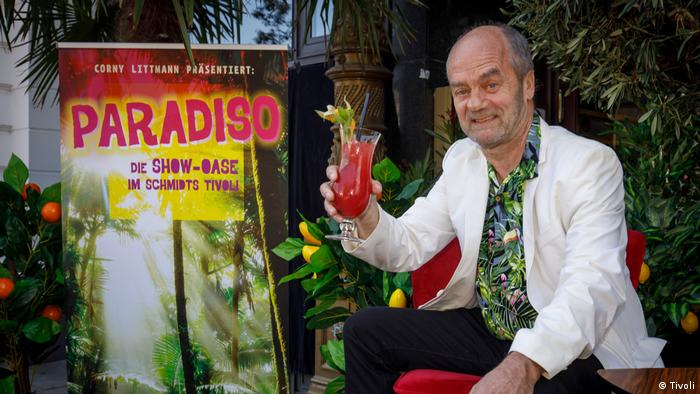 He was the first to reopen: Theater director Corny Littmann has been running regular shows since the beginning of July

Tickets can only be booked in packs of two or four. These groups are then each brought to their table by a member of staff. There is only one artist on stage at any one time, as stipulated by occupational safety regulations. The only exception are the magicians as they are a father and son team and allowed to perform together. Two musicians play, placed safely distanced from one another on a gallery at a dizzying height. This is the new normal.

But despite all this the audience is delighted: "We have regained some semblance of quality of life here," enthuses a 16-year-old visitor from Hildesheim. Her sister was even allowed to take part in a magic trick with a plexiglas visor and gloves. "Fantastic, we are happy to be able to go out again," one audience member sums up.

Face masks and keeping distance in the bars

Less happy is Christian Fong, manager of the bars Safari Bierdorf, Shooters, Bierstub and the Dollhouse — all on the Grosse Freiheit street. His biggest worry is his table dance bar Dollhouse, which is again welcoming guests, but under strict conditions. Only a third of the seats can be occupied, wearing a face mask is compulsory, as is social distancing and the ban on dancing applies even to his professional dancers, who are reduced to serving drinks in sexy outfits, rather than strutting their stuff on the tables. The otherwise popular restaurant often remains empty. In all four houses, Fong has seen a drop in income of about 80% compared to last year. 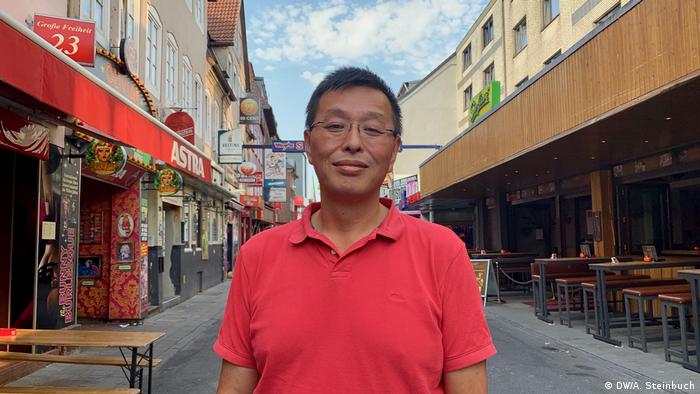 Christian Fong, who runs four bars on the Grosse Freiheit, is worried for the future

The renowned Grosse Freiheit road which crosses the Reeperbahn, where the Beatles once played, is currently regularly patrolled by the health department and police. Here it often gets too crowded, so that the entrance to the Freiheit, now called Beatles-Platz, is officially closed. However, many restaurateurs want to make use of the good weather to plug some financial holes. Two neighborhood restaurants, however, which did not comply with the regulations, have been forced to close for a few days.

Christian Fong respects the regulations and asks his guests not to dance to prevent the spread of aerosols. He consults with the police. "The other day I talked to the police officers and explained to them that there was a lot of space further up the street. So, they opened the street again and asked people to move on, and so more guests were allowed into the street." High police presence on the Reeperbahn in Hamburg

What will happen after the summer?

The Chinese-born man, who has had a German passport since the 1990s, cannot hide his worry lines. He can only keep his business afloat with government aid. What will happen when it gets colder? Hamburg is known for its nasty weather, at which stage the outdoor tables will no longer be usable. On October 31, the permit for serving drinks outside expires: "What then? No idea."

It is almost midnight and the standing tables and benches of the pubs on the sidewalks are well occupied. Nevertheless: "We expected more from the Reeperbahn," admit Niklas and Daniel from Munich. The two 19-year-olds are listening to a lonely musician singing "Purple Rain" by Prince live behind a plexiglass disc in front of the counter. Football is being shown on screens on the wall. The two tourists had expected more party, a more exuberant atmosphere, but they still felt freer here than in Bavaria, where there are stricter regulations for night owls. They will move on and see if there is more happening somewhere else.

On that Saturday night, the police counted 22,000 people in the Hamburg neighborhood and cordoned off the entrance to Grosse Freiheit: It was too crowded.

Nevertheless, the Reeperbahn has lost none of its fascination. Corny Littmann thinks he knows why: "It's the international flair and the creative minds that keep coming here and putting ideas into practice. We draw on the power to constantly change and reinvent ourselves." And that's how things will continue on the Reeperbahn — night and day. 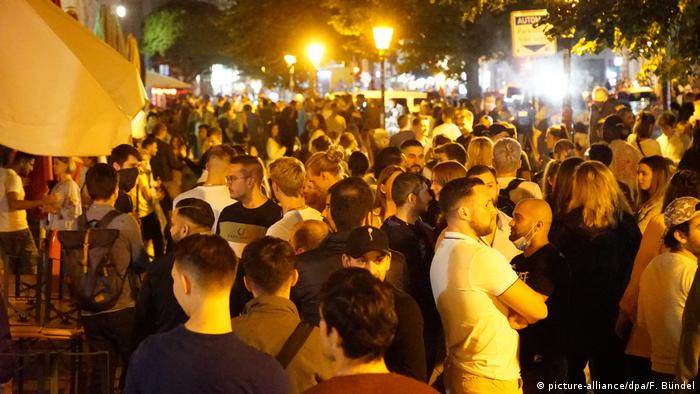 At the weekend it gets crowded on the Reeperbahn, making social distancing impossible