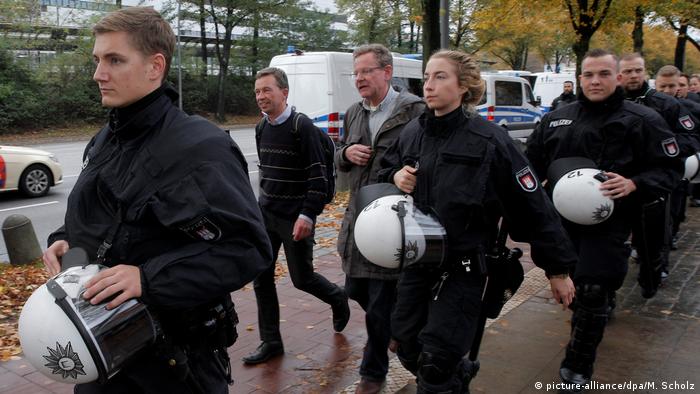 Protests disrupted classes at Hamburg University on Wednesday as the co-founder of right-wing party Alternative for Germany (AfD) returned to teaching for the first time in five years.

Lucke was escorted into the building, where he was supposed to lecture on macroeconomics, by police.

Students shouted "Nazi pig" and "Get lost" as Lucke entered the lecture hall. Eventually, the economics professor was forced to give up on his attempt to lecture and leave the building.

Students were not the only ones who joined in the protest: protest group "Omas gegen Rechts" ("Grandmothers against the right") were also present, armed with specially-designed umbrellas.

The AfD, which became the third-biggest party in the German Bundestag in 2017, is euroskeptic and has been facing criticism for its stance on immigration policy and Islam. 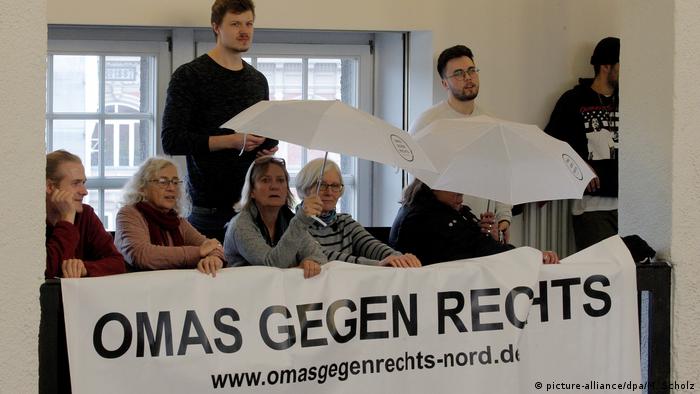 Lucke is a professor of economics at the northern German university, but he gave up his teaching role in 2013 when he formed the right-wing political party, along with current leader Alexander Gauland.

An economics professor whose euroskepticism was based on objections to the single currency, concerns on the EU's sovereign debt difficulties, and more technical aspects of EU membership, Lucke was highly critical of the party's rapid shift to the right and its increasing focus on issues like immigration. Following a dispute with then-leader Frauke Petry, Lucke left the AfD in 2015, some two years after forming it. He has since denounced various AfD policies and set up the less extreme Liberal Conservative Reform party, which has so far failed to win any seats in German elections.

It is unknown if Lucke will attempt to continue teaching as the semester continues.