The head of Haitian football, Yves Jean-Bart, has been handed the maximum punishment possible by world football's governing body, ending a long cycle of abuse of young female players. 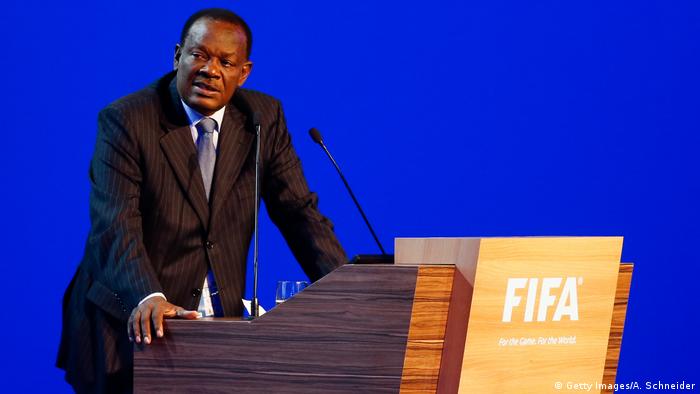 For years, Yves "Dadou" Jean-Bart used the power he had built up as head of the Haitian football federation (FHF) to control and manipulate those who relied on him the most. Now, his reign of terror in the sport is over.

In a statement, FIFA said it had banned Jean-Bart from football for life, finding him guilty of "having abused his position and sexually harassed and abused various female players, including minors" between 2014 and 2020. He must also pay a fine of 1 million Swiss francs (€920,000). It is one of the most severe punishments ever imposed by FIFA, world football's governing body.

Jean-Bart, 73, had faced accusations from several players who lived and trained at the country's national training center that he forced them to have sex with him in return for their remaining part of the national team. At the time of their abuse, some of the players were younger than 18, the age of consent in Haiti.

Last month, DW uncovered allegations that Jean-Bart was still effectively running the federation and visiting players at the center, in breach of his provisional ban. One of the three other FHF employees still currently under suspension by FIFA, Yvette Felix, was said to have let Jean-Bart into the players' dormitories late at night, where he promised to further their careers and education.

Sources with knowledge of Jean-Bart's ethics committee hearing said he had sought to turn the tables on the FHF officials who testified against him, making out that they, rather than he, were the abusers. But that argument was seemingly given short shrift by FIFA, which began investigating the former president in May.

Jean-Bart wielded his power at the top of the FHF for 20 years. He had denied all the allegations to the end, blaming them on rivals who wanted to get rid of him and "destabilize" the federation. His spokesman, Evan Nierman, said Jean-Bart would be appealing his lifetime ban to the Court of Arbitration for Sport, the world's highest sports court.

"FIFA's decision is a travesty of justice and purely political move to avoid further controversy and bad press following a series of high-profile scandals," Nierman said. "FIFA failed to review actual evidence which is why Dr. Jean-Bart expects to be fully exonerated and reinstated after appealing to the Court of Arbitration for Sport." 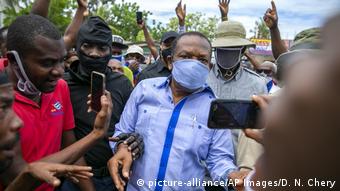 The allegations of sexual abuse were first brought to light by the British newspaper The Guardian in April. As well as accusing him of rape, the newspaper alleged that Jean-Bart, through his associates, made death threats against victims and whistleblowers.

Current and former FHF officials have also claimed to DW that Jean-Bart was in the habit of keeping passports belonging to the players. They said he used the promise of visas to blackmail the players into having sex with him. During the investigation, some passports were confiscated as a means of bargaining for the players' silence, the officials said.

Minky Worden, a director at Human Rights Watch, which has been supporting the victims and helping them get to safety outside Haiti, said FIFA's decision was a "vindication" for all those who came forward to report their abuse.

"The world knows about these abuses because of the enormous personal courage of survivors," Worden told DW. "As Human Rights Watch has documented, they faced personal threats, death threats. They trusted that the football system would protect them. This decision is an important step to say that if you are an abuser in football, your days are numbered."

Seeking justice in the courts will be a bigger challenge for the victims. On Monday, at the request of prosecutors, a judge in Haiti dropped the criminal case against Jean-Bart, citing a lack of evidence and witnesses. In a statement released in his own name on the eve of his FIFA ban, Jean-Bart "hailed" the court's decision as "fully clearing him of any wrongdoing." Nierman said that unlike FIFA, the Haitian justice system had "properly investigated."

However, DW understands that the case is also being monitored by the Department of Justice (DOJ) in the United States, which has started to gather information on Jean-Bart. The DOJ has been approached for comment. The US embassy in Haiti acknowledged FIFA's decision on its Twitter account late on Friday, adding: "We regret the Haitian government's investigation did not result in charges."