At least 1,941 people died and 9,915 were injured in the disaster. The country is coming under even more pressure as a tropical storm batters its quake-hit region. 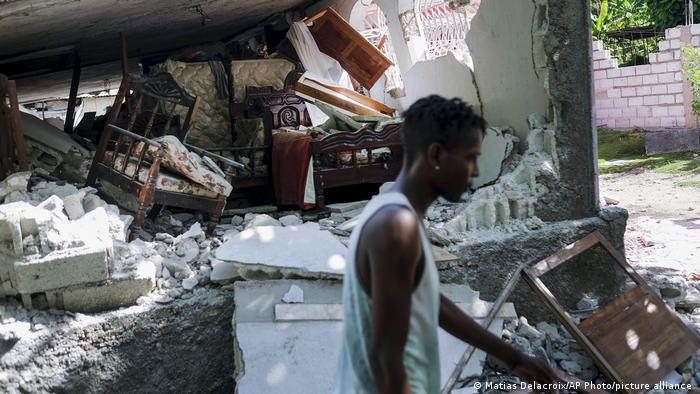 Tens of thousands of people lost their homes to the quake

The death toll from a 7.2 magnitude earthquake that struck Haiti in the weekend has risen to 1,941, officials said on Tuesday.

On Saturday, the earthquake hit the southwestern part of the Caribbean nation, about 100 miles (160 kilometers) west of the capital, Port-au-Prince.

Hospitals struggled to tend to all those injured. So far, Haiti's civil protection agency has reported that at least 9,915 people were injured.

After the quake tore down tens of thousands of houses, a tropical storm brought torrential downpours on survivors already coping with the catastrophe.

The US National Hurricane Center warned of flash and urban flooding and possible mudslides as Grace battered Haiti with up to 15 inches (38 centimeters) of rain.

Intermittent rain fell in the earthquake-damaged city of Les Caves and Port-au-Prince.

Officials warned residents to watch out for buildings showing cracks from the earthquake and could collapse under the weight of rain.

Hospitals were increasingly overwhelmed as patients who had been camping outside moved indoors to escape the tropical storm. 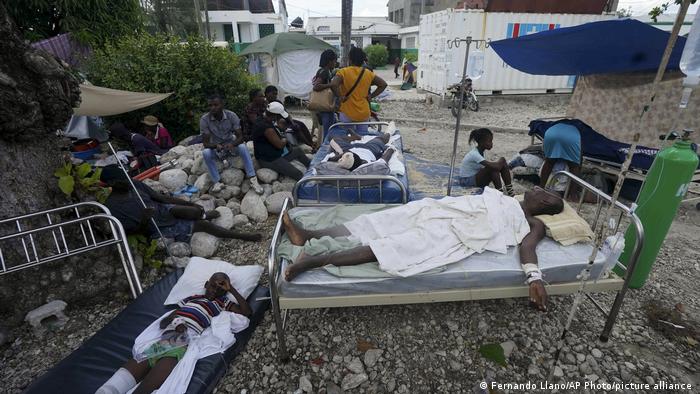 Head of the Civil Protection in Haiti, Jerry Chandler, said the rain had put earthquake assessment on hold.

He reported that people have turned from sadness and despair to anger at how little is being done to help their situation.

Chandler acknowledged the frustration of tackling one natural disaster after another meant “people are becoming aggressive."

Reports of the dead and injured on Wednesday were still seeping in from the more remote countryside, where landslides and flooding have made access difficult for emergency services.

The 7.2 magnitude quake damaged the obstetrics, pediatric and operating wing of L'Asile Hospital, deep in the southwestern countryside, forcing staff to treat 170 people in makeshift tents instead.

"We do what we can, remove the necrotized tissue and give them antibiotics and try to get them a splint," Fevry said.

Poverty and patchy roads all conspire to worsen the Haitian predicament, with many preferring to depend on traditional medicine rather than risk a journey to a hospital. 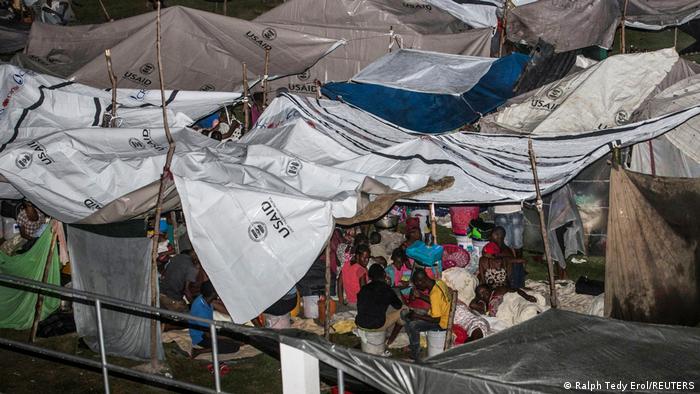 Makeshift shelters are all most people have after 7,000 homes were destroyed

"We know that many of us Haitians prefer to remain at home and treat themselves with leaves and natural remedies," the hospital director said.

Despite the complications, L'Asile has treated 170 severely injured people and will continue to do what it can to help restore a sense of normality to the poorest nation in the Western Hemisphere.

As foreign aid started to arrive, the US is has started to ramp up its effort to help Haiti.

The US military Southern Command said eight helicopters stationed at nearby Honduras would add to three US coast guard helicopters already at work transporting the injured and hauling in supplies.

USS Arlington, a Navy amphibious warfare ship, was expected to set sail to Haiti on Wednesday with its own surgical team that would be operating on the wounded.

Sara Charles, assistant administrator at the US Agency for International Development’s Bureau for Humanitarian Assistance, said work was continuing after the Grace tropical storm delayed efforts. 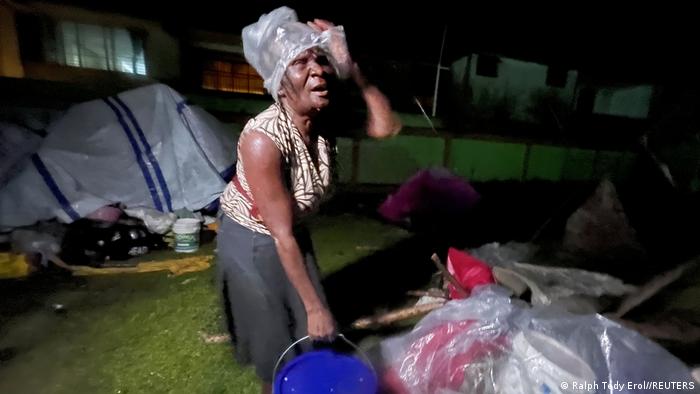 Haitians are angry as their helplessness continues into its fourth day

Over a million Haitians in nearby Florida have had many sleepless nights worrying about their relatives and the pressure for action is adding up.

But Etzer Emile economist and professor at the Quisqueya private university in Port-au-Prince said, "Foreign aid, unfortunately, never helps in the long term."

Instead, he would like to see economic "activities that can boost economic capacity for jobs and better social conditions."

The United Nations' children's agency, UNICEF, said that more than half a million children have been affected by the tragedy.

"Countless Haitian families who have lost everything due to the earthquake are now living literally with their feet in the water due to the flooding," said Bruno Maes, UNICEF's representative in Haiti. "Right now, about half a million Haitian children have limited or no access to shelter, safe water, health care and nutrition."

Over 1,800 cisterns with drinking water in the coastal community of Pestel have cracked or been destroyed in the quake. 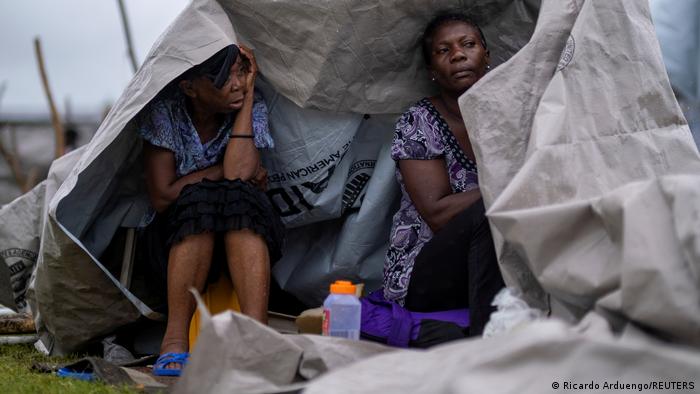 The UN said it had allocated $8 million (€6.8 million) in emergency funds to provide essential health care, clean water, emergency shelter and sanitation for people affected by the quake.

"We will continue to scale up our response to the hardest-hit areas," UN Secretary-General Antonio Guterres said in a statement.

Before the earthquake and the storm, Haitians were already struggling with the coronavirus pandemic, gang violence, worsening poverty and the recent assassination of President Jovenel Moise.