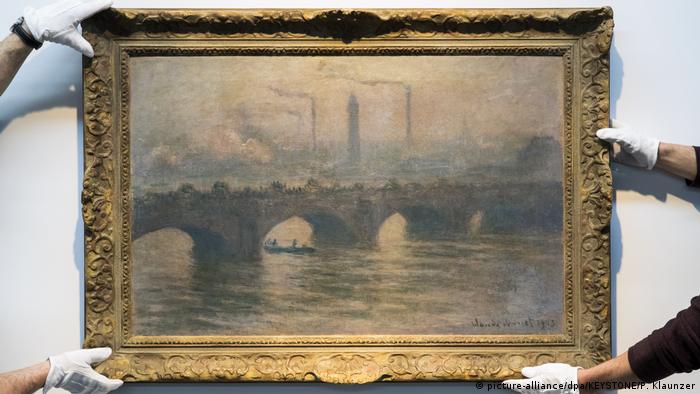 It was presumably the most spectacular art find of the postwar period. And it happened by accident. In 2012, the public prosecutor's office searched the home of an 80-year-old man in Munich, suspecting him of tax evasion. Cornelius Gurlitt had been previously found carrying €9,000 ($9,900) traveling across the Swiss border by train. That led authorities to further investigate and finally search his apartment.

Around 1,500 works of art were found there, and even more were hidden at another one of Gurlitt's properties in Salzburg. Among the paintings seized by the authorities were masterpieces by Monet, Picasso, Liebermann, Beckmann and Matisse.

Cornelius Gurlitt, who died of heart disease in 2014, was the son of the Nazi art dealer Hildebrand Gurlitt, who was in charge of acquiring artworks for Adolf Hitler's planned museum.

The find, which became known as the Gurlitt Trove, had everything to become a media thriller, and Cornelius Gurlitt was depicted by the tabloid press as a "mysterious art collector" who avoided people and even secretly smuggled a Monet drawing into the hospital in his suitcase in 2014. 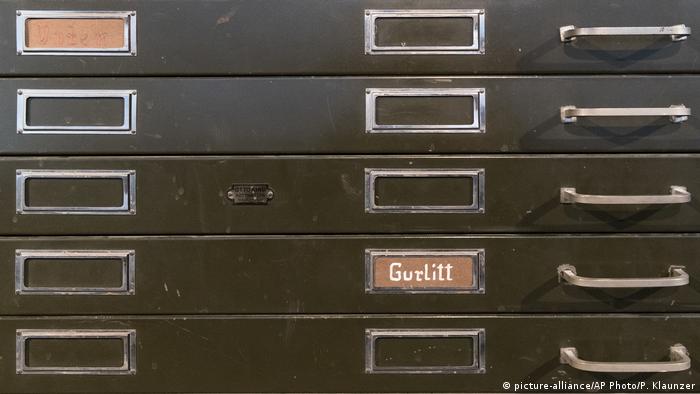 Gurlitt kept many of the works in this metal drawer

The reclusive art lover was the guardian of his father's collection. He occasionally sold works for a living, but never added more to the collection. Books, films and plays portraying the cranky old man's story have been made.

For many, the name Gurlitt stands for Nazi art theft — but is that really the case?

Extensive research into provenance of works

A task force was initially set up for the investigation. In 2016, the newly created German Lost Art Foundation (Deutsches Zentrum Kulturgutverluste) in Magdeburg took over the research, which has now ended.

The final report, however, offers sobering results: Only 14 works by artists such as Max Liebermann, Henri Matisse, Thomas Couture or Adolph von Menzel have so far been officially identified as looted art, 13 of which could be returned to the heirs of their rightful owners. 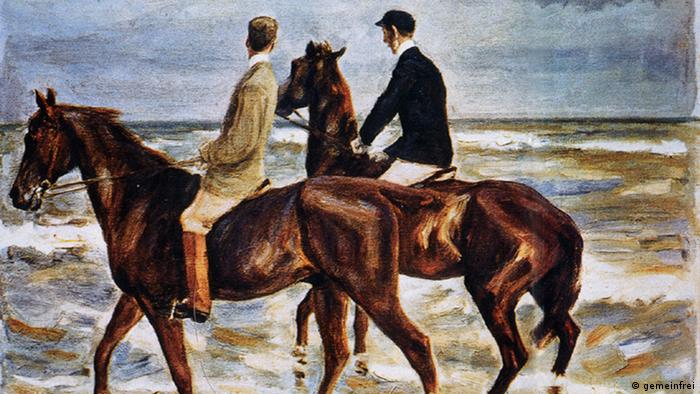 Of the more than 1,500 works of art in the trove, around 300 were cleared early in the investigation, as they were found to have been owned or commissioned by members of the Gurlitt family before the Nazis took power.

The remaining artworks were then examined over several years to determine if they came into the possession of the Gurlitt family legally or through art theft. Was the Nazi art dealer benefiting from the persecution and expropriation of Jewish collectors? And how can that be determined today, almost 80 years after the fact?

A large, international team of researchers

"We did everything we could. To my knowledge, there has never been provenance research of this extent in the past," Gilbert Lupfer, director of the German Lost Art Foundation told DW. "In my opinion," adds the art history expert, "there wasn't anything more that could have been done. A greater deployment of experts, scientists and funding would hardly be conceivable."

The 14 formally identified works make up only a small number of the entire collection, admits Lupfer, but beyond the numbers, he says that "every single case that has been clarified is a contribution to what could be called historical justice. I am happy about every piece that we have been able to identify and return."

Provenance research is painstaking, meticulous work, which requires determining exactly where and from whom Gurlitt bought or stole a painting. It must also be proven that exactly that artwork was owned by a persecuted family of collectors.

Every single detail was analyzed by the researchers. In one case for example, a small hole in Thomas Couture's Portrait de jeune femme assise helped them. Through infrared light examination, it was determined that the painting had been restored exactly at that point, as previously described by the wife of French Resistance politician Georges Mandel.

However, the origin of many works — around 1,000 — remains uncertain. "There is a large gray zone," admits Lupfer. The results of the investigation not only reflect the possibilities of research, but also its limits: "Many questions remain unanswered since there are not many sources of information left, nearly a century later."

The art trove now belongs to the Museum of Fine Arts Bern, to which Cornelius Gurlitt had surprisingly bequeathed his collection before his death. The research also brought new insights into how the art market and art theft worked in occupied France, as the investigation also looked into Hildebrandt Gurlitt's business practices while he was based in Paris as one of the main buyers of the "Special Order Linz" for Hitler's planned "Führer Museum."

It was found that the art dealer had developed a "whole range of legal and illegal methods," says Lupfer. "Hildebrand Gurlitt tried to cover his tracks — not only when it came to Jewish property, but also from a tax perspective." For example, he falsified receipts or cheated on his French business partners. These concealed methods make it even more difficult to determine the origin of the artworks.

Through the investigation, transnational research between Germany and France has been taken to a new level, notes Lupfer.

Altogether, the Gurlitt Trove has also made it possible to develop more resources for provenance research of Nazi-looted art. The creation of the German Lost Art Foundation four years ago is part of that process. 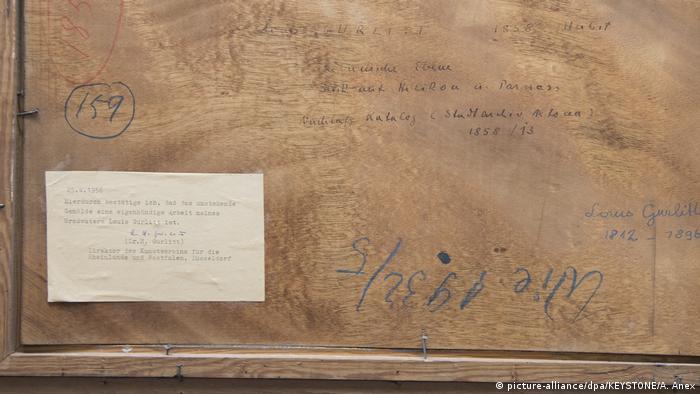 Meticulous research: Gurlitt's annotations on the back of paintings were deciphered

More questions to be answered

Now that the Gurlitt investigation has been closed, what's next?

There are more than enough research assignments for the German Lost Art Foundation, for example at museums or libraries. However, many German museums aren't in a rush to have the provenance of the works that entered their collection during or after World War II determined.

Another issue that certainly needs to be looked into is the role of the art market in the Gurlitt case: "Of course, people in the art trade knew that the son of the old Hildebrand still had very interesting pieces," Lupfer told German press agency dpa. Works were received and auctioned from time to time, he adds, and no one felt the need to report them.

Authorities have identified four additional works from the Gurlitt collection as having been looted from a Jewish family during World War II. The drawings will be returned to descendants of the original owners. (10.09.2018)

Works of art that were stolen or confiscated by the Nazis from museums and Jewish collectors are starting to be returned to the heirs of the former owners. However the process is destined to drag on for years to come. (22.01.2020)