Three traffic officers were sitting in their patrol car Friday night when gunmen drove up and opened fire. After two brutal wars in the 1990s, the North Caucasus has been beset by more violence. 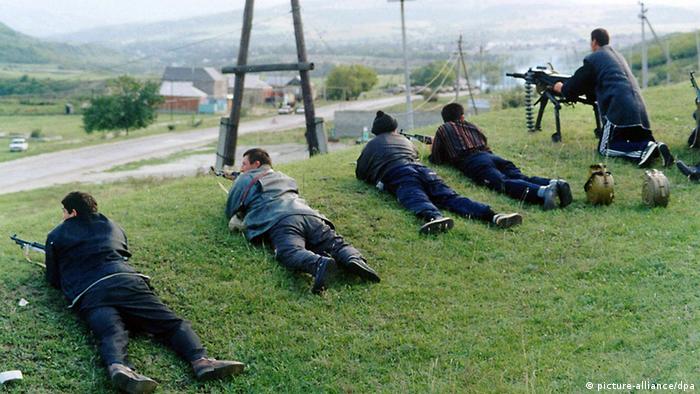 Driving a Russian-made Lada, the attackers opened fire on a police car Friday night, killing two of the three traffic officers inside.

"One was killed at the spot, another died in hospital when gunmen attacked police patrol from a car," said an unnamed police spokesman.

The gunmen fled after the shooting, which occurred in the town of Kizilyurt.

It was not immediately clear who was behind the attack but police said they're searching for the gunmen. 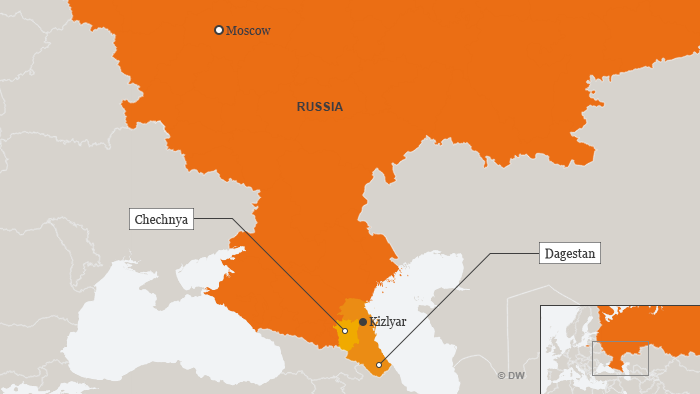 Violence in the Caucasus

Dagestan lies east of neighboring Chechnya, where the Kremlin waged two brutal wars against Muslim separatists in the 1990s. The first round of fighting took place from 1994-1996, while the second took place in 1999-2000.

Despite putting down the insurgency, Russia has been locked in a low-level conflict with Islamist militants from across the North Caucasus. The violence has claimed the lives of scores of civilians and police.

In February, a man shot into a crowd of churchgoers in Kizlyar, in Dagestan, killing five people and wounding at least five others.

At one point, jihadis from Dagestan joined Islamic State (IS) militants in Syria. In 2015, the group announced it had set up a "franchise" in the North Caucasus.