The pilgrims were on their way to a remote desert monastery when their buses were fired upon by suspected Islamist gunmen. The attack is the second in the same place in as many years. 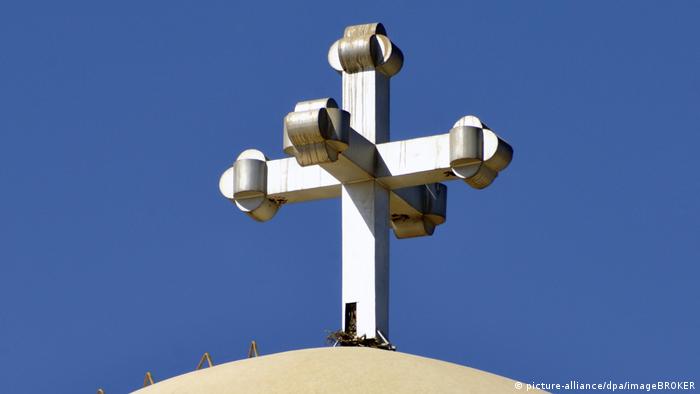 At least seven people died and 14 others were wounded when gunmen opened fire on two buses driving towards the St. Samuel the Confessor monastery in Minya province south of Cairo, according to the interior minister.

Assailants reportedly used side roads to reach the main highway and shoot at the buses, which were nearing the monastery.

According to the Archbishop in Minya, the attack took place in almost the same place as one by Islamist militants which killed 28 Christians in May 2017. Church spokesman Bouls Halim said the death toll in Friday's attack was expected to rise.

The gunmen killed seven people and wounded 14, all of whom are in the Sheikh Fadel hospital in Beni Mazar around 200 kilometrers (120 miles) south of Cairo, said Bishop Makarios of Minya.

President Abdel-Fattah el-Sissi said, "I wish the wounded a quick recovery and confirm our determination to continue our efforts to fight the darkness of terrorism and pursue the criminals." At the Monastery of Marmina, the Coptic Christian community mourned the loss of other victims of a bomb blast in 2017

The province of Minya has become known for anti-Christian violence and questions are being asked of Egyptian authorities as to why the route taken by the bus had not been secured.

Egypt's Coptic Christians make up about 10 percent of the country's 100 million population. The minority group has been attacked frequently since the 2011 uprising which ended the rule of former President Hosni Mubarak.

There were attacks on Coptic churches in Cairo, Alexandria and Tanta, north of the capital, in 2016 and 2017 despite a state of emergency imposed 18 months ago.

The Egyptian group linked to the self-styled"Islamic State" (IS) had previously called for attacks on Coptic Christians.

Later on Friday, an IS-linked website reported that militants in Egypt with links to the group had claimed responsibility for the attack.

Last month, the Egyptian military sentenced 17 people to death for suicide bombings at churches claimed by IS and 29 others were given long jail sentences.

On Saturday, el-Sissi is to open the World Youth Forum in the Sharm El Sheikh resort in Sinai, which has also seen deadly militant attacks.

A blast near Cairo's main Coptic church has killed at least 25 people and injured at least 49 more, Egyptian security sources say. The cause of the blast was not immediately known. (11.12.2016)

Two Coptic Christian churches have been targeted in bombings, the deadliest to hit the community in months. The Coptic community has witnessed a sharp rise in targeted attacks by extremists in the past year. (09.04.2017)